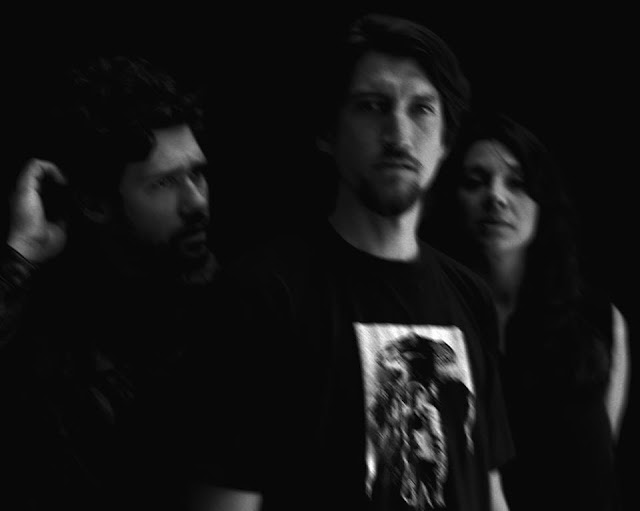 Graveyard Lovers a blues-based indie rock trio comprised of guitarist/ singer Zach Reynolds, drummer Tricia Purvis and bassist Orion Wainer. Zach is a native of Louisiana whose background is rooted in Deep South Folks and blues. Tricia, a New Yorker, came up influenced by the innumerable waves of rock that have sculpted the NYC music scene into what it is today. Together they write heartfelt songs and put on a fiery live show with an ever-present nod to the essence of rock n roll.

Graveyard Lovers is in fact the story of lovers. A lifelong musician, Reynolds moved from New Orleans to New York in 2009 pursuing a solo career. In the Big Apple, he met and began dating Purvis. At the time, Purvis had been taking drum lessons for five years, a passion instigated be her friend, Leah Shapiro of Black Rebel Motorcycle Club.

Beyond romantic sparks, Reynolds and Purvis found they shared undeniable musical chemistry that became Graveyard Lovers in late 2010, and they released their first self-titled EP in November 2011. After heavy gigging through 2012, the garage rock duo began recording their first full length album at Will Benoit's Radar Studios. Enter Orion Wainer: veteran touring bass player (Coyote Kolb/Constants) and producer (Will Benoit). Upon hearing the first mixes, Wainer immediately wanted to share the Graveyard Lovers experience, morphing the band into a solid power trio. We had the pleasure to catch up with the trio to discuss their love story along with their soon to be released album "Dreamers."

R. Firstly, thanks for taking the time to chat with us. Lets begin by first asking, Why, Graveyard Lovers?
GY. Graveyard lovers comes from a term graveyard love: a volatile relationship destined in homicide. We found it in an old blues dialect dictionary "Barrelhouse Words" written by Stephan Calt. We went through that whole dictionary looking for ideas for a band name. Graveyard Lovers just stuck with us.

R. You each bring a colorful palette to your musical canvas. In what ways does the place where you live (or places where you have lived), affect the music you create, or your taste in music?
GY. I come from the south where the blues is everywhere. i always loved rock as a kid and my brother and I learned to play guitar that way. Then I fell in love with Bob Dylan and Wood Guthrie and started going the singer songwriter route. It was  Woody Guthrie's music and book that brought me to NY. Once I got to NY I started really listening to the blues a lot. It all sort of fell into place when we started Graveyard Lovers. There is definitely the songwriting from Bob Dylan days, the blues influence from growing up in the South and my love rock from when I was a teen.

R. With "Dreamers" just around the corner to be released, what can audiences expect to hear?
GY. Bigger and better live shows with our new members. Originally we were a two piece and had to make up for the lack of instruments during our live show. Now with a bass player and 2nd guitar our lives shows are fuller and more rock and roll!

After the Release on 17th we will be playing in the east coast (record release show on September 27th at Arlene's Grocery in NYC) and then hopefully scheduling a tour out west. It's still in the works. We also want to record a Christmas song too that we wrote last year for a holiday show at Bowery Electric and possibly re-record some old tunes with new band.

R. What aspects of music excites you the most?
GY. Playing live

R. As you create more music, do you find yourself getting more or less interested in seeking out and listening to new music made by other people...and why do you think that is?
GY. We are always listening to new music, but once we are in the writing process we tend to not want to clog our brains with what everyone else is playing so we normally take a break from seeing live shows and downloading new artists.

R. If you had the opportunity to change something about the music industry what would it be?
GY. We wish it were like the 90s when people came out to see live music and bought cds. It was easier then when you could sell cds for gas money.