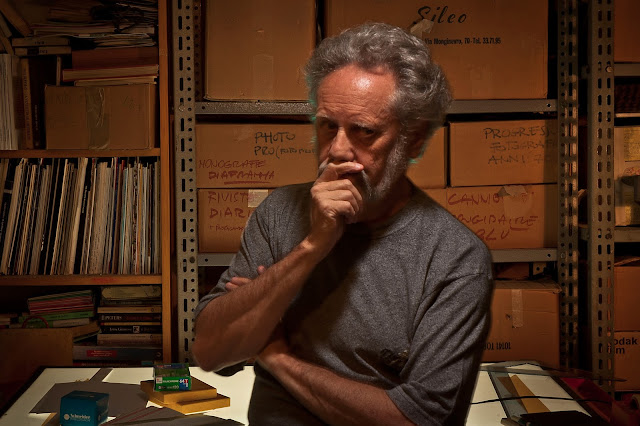 Lorenzo Mascherpa doesn't believe that there is only one truth in photography, but that everyone has to understand it in their own way. His truth is this:

"I like to photograph people, especially in everyday life, the environment and the landscape that surrounds them, the places where they spend their lives; this can describe the character and tell something of him and that's what I want you to see in my photography: the dramatic magic of everyday life."

Growing up in the small town of Grugliasco in northern Italy, Lorenzo loved to watch his father work, printing and developing black and white photos. In 1971, he graduated from a technical school of photography in the nearby city of Turin and got his first job in a photo lab. Like other photographers of the time, he took to the streets using 24mm and snapped photos of life and events around him, attempting to capture the many social, political, and artistic movements. His influences included such masters as Frank, Winogrand, Koudelka, and Avedon.

In 1981, with a need to confront the photograph market independently, Lorenzo opened his own studio with a focus on documenting social and artistic events. He started a project to record the annual Italian music festival, "Settembre Musica", meeting and photographing many composers over the course of 25 years. He also began collaboration with the Italian Superintendent of Fine Arts (Sovraintendenza delle belle arti) to record paintings and ancient artifacts in thousands of Italian churches, a cataloging and archiving project that resulted in more than 50,000 photographs in ten years. In the meantime, he captured a bit of the disco club craze of the 80s, photographing young artists and musicians at a popular club, simply standing in front of a plain white backdrop. Over the course of four years, he took several hundred pictures.

In 1996, while in Uruguay documenting the work of the artist Johannes Pfeiffer for the Goethe Institute of München, he spent time photographing the Waldesi community of Italian immigrants there. Sixteen years later, in May of this year, he returned to record the community as it is now, and is preparing an exhibition to open inTurin this fall.

In recent years his professional work has been focused on documenting the restoration of paintings, buildings and old houses. His studio teaches photography courses related to the documentation of restoration work for the school of Restorers Artisans in Turin. Through his years of working with artists he has developed friendships beyond the professional and is often asked to assist in publications and in preparing for artistic installations. In 2011, he worked with his friends, the artist Johannes Pfeiffer and the composer Giuseppe Gavazza, to organize an exhibition in the French village of Gigondas.

Lorenzo himself doesn't do many exhibitions, but he is particularly proud of a series of portraits he did of the work of photographer Aaron Siskind at a Turin gallery in 1982. Those photos are now at the Center for Creative Photography at the University of Arizona, and also at the Aaron Siskind Foundation in New York. In 2009, he successfully published a book of photographs of his childhood neighborhood in Grugliasco. The book was commissioned by the city and documents the neighborhood through the years, beginning with his father's house in the 50s, continuing with the building development of the 60s and 70s, and ending with images from today.

Lorenzo's love of photography and experimentation continues to this day. He works in both digital and analog, believing that one is not necessarily better than the other. Thanks to his experience with traditional photography, his knowledge of printing systems and Photoshop allow him to get the images exactly the way he sees them in his head.

R. Can you recall the first time you saw a work of art or a photograph that had an impact on you?
LM. During my school years, I saw an exhibition of artists and photographers from Eastern Europe who used collage. The exhibition intrigued me and I began to understand that the photographic image could not only be descriptive but could represent emotion. In 1973, at the Galleria of Modern Art in Turin, there was a very interesting exhibition, "Combattimento per un'immagine, fotograi e pittori' (Fighting for an image, photographers and painters), exploring the relationship between painting and photography. This exhibition marked my photographic way and especially my analytic vision of the image.

R. How has having your own studio affected your process? Is that where you find you do most of your work?
LM. In the 80s, I worked in the studio doing industrial photography but that work was pretty boring and when I started the documentation of historical and ancient art I had to go where such workers were kept and I found that more interesting. Today I am working outside with minimal equipment, some portable flash, trying to create proper locations. For the artists, I shoot in the places where they are installing their artistic work exhibiting their portraits, I prefer to be in their studios where they feel more at ease. 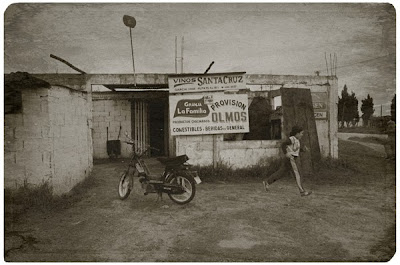 R. Do you see your work as relating to any current movement or direction in visual art or culture? Which other artists/photographers might your work be in conversation with, and which have inspired you?
LM. I do not think to follow any current or actual artistic movement. I love photographing people and here I think I'm a photographer in the old fashioned way. If I'm out on the streets I use 24mm because I like to place the characters in their environment. My biggest influence comes from American photojournalists, from Walker Evans to Robert Frank, who with his book "The American" made a clean sweep on the cliché of America and gave a new interpretation of society. Also Koudelka, Freelander, Winogrand and Avedon for their portraits. For landscape, I took inspiration from Luigi Ghirri; his images appeared in photographic magazines thanks to some enlightened critics, although they were much criticized because they were not in line with popular tastes at the time, but in the long run his work achieved acclaim. I also liked exhibition at the end of the 80s on the American 'dialectical landscapes' featuring the photographs of R. Adams, L.Baltz, W.Eggleston, J.Cossage and S. Shore. While on the Italian side, photographers like G. Basilico, M. Cresci, M. Jodice, F Ventura are in the my view. 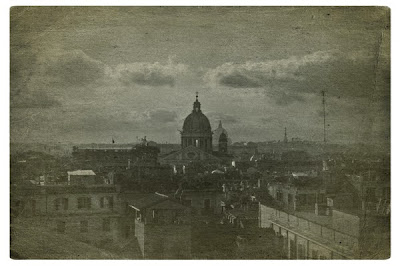 R. What risks have you taken in your work, and what has been at stake?
LM. I have accepted the risks of self-employed, non-commerical based, and for this I have never had an easy life. But considering the actual moment, economic crisis, recession, etc, I can say that, if I had made more "normal"choices, today would not be better. At the moment, I am satisfied with the levels reached in my photographic work. 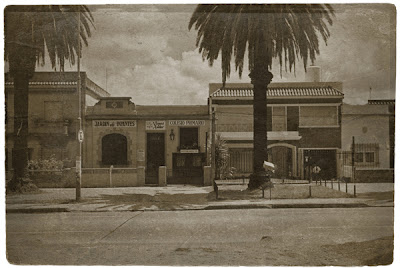 R. How has the rise of digital technology changed or affected your work? Has it made things easier, or taken something away from your process?
LM. The digital age has changed the relationship between the photographer and picture. The digital photo is a result of the initial photo shoot and the subsequent post-production work. Although I use my digital camera daily, I continue to photograph in analog. I do not share the thought that the true photograph is the analog one, we can choose one or the other according to our needs. The internet has allowed us, in addition to the ease with which you can send pictures wherever we want, to be connected with other professionals around the world and interact quickly. Many of my customers have their own web site onto which photos can be directly uploaded. 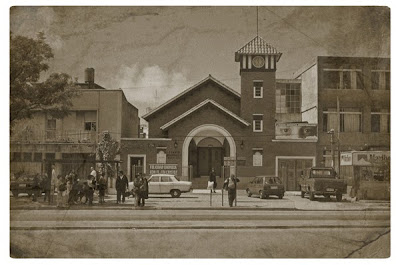 R. Are you involved in any upcoming shows or events? Where and When?
LM. With artists Johannes Pfeiffer and composer Giuseppe Gavazza, I ave just started working on a project for an art gallery based on the book by Bohumil Hrabal "A solitude Too Loud". I am also in the final preparation for an exhibition on the Valdese community of Italian origin which was established in Uruguay. This should be opening in the fall of this year in Italy before becoming itinerant.

R. What would you say is your motto?
LM. I've never had a motto, but I like to quote the grandpa from the Simpsons: I may not be an accountant, but I know which things in life are worth something.