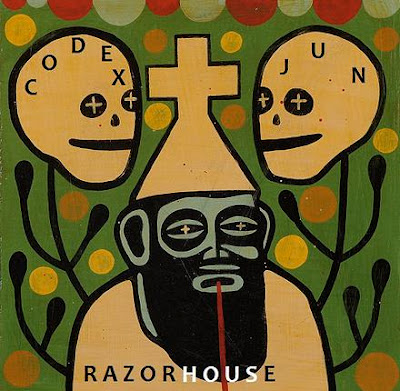 Review: If a pedigree of Revolting Cocks, Bonemen of Barumba, and Chac Mool has you thinking that the Razorhouse reads like another pigface style supergroup, you'd only be half right. Frontman Mark Panick leads a team of stout industrial luminatus through a transformation that becomes something quite more than expected on their forthcoming EP "Codex Jun". Gone are the clinical cold drum machines and rigid sampling you might expect only to be replaced with slithering, swampy disfunction and swinging grooves - as if the Cramps and The Twilight Singers got together and belched up the illegitimate son of David Lynch.

Panick Shines here as he sneers through the six tracks, highlighting a potent psychodrama of sex, addiction, and discomfort - taking you on a drunken tour of purgatory. It always feels like something sinister is lurking just around the corner, but you're not quite sure what it is.

The first single "Dedicated Love" churns up a zombie Tom Waits twisting through a weave of tight, smoldering soul grooves. Panick takes us through the back alleys, and seedy deals that are better left unsaid as smiling skeleton keys dance around like so much exhaled smoke. When Panic insist, "We gotta go, we gotta go...", it's urgent. Other highlights include the opener "Sad Manifesto" with it's NOLA stomp and chorus of insistence, "Let Your Love Bleed" with it's Hasil Adkins grind, and the brydsish moments of "Bunny Bones".

Honestly, this was not what I expected to find upon my first listen, and is an absolute pleasant surprise. All of the fire of Panick's early work is here, but presented in a far more exposed manner, stripped of it's covers to reveal the elegance of decay. Highly Recommended! 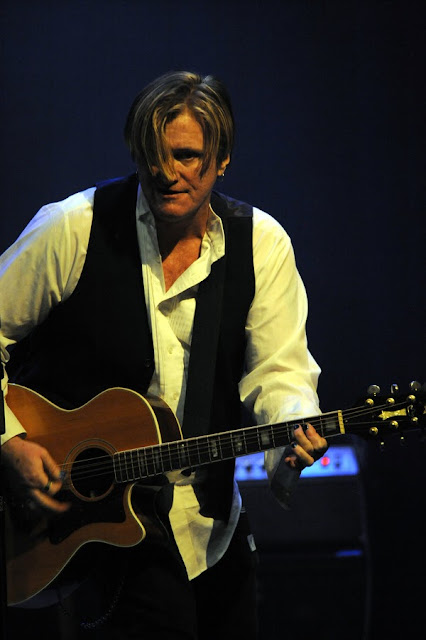 Razorhouse takes its name from a chapter in the spiritual writings of the Mayan Popul Vuh. The Razorhouse is a deity, a house of living knives that stood in judgement of the gods. Drawn from Panick's fascination with Mesoamerican culture and ancient mysticism that is woven into the parables of the Popol Vuh, the band found its inspiration for the Codex "Jun" concept.