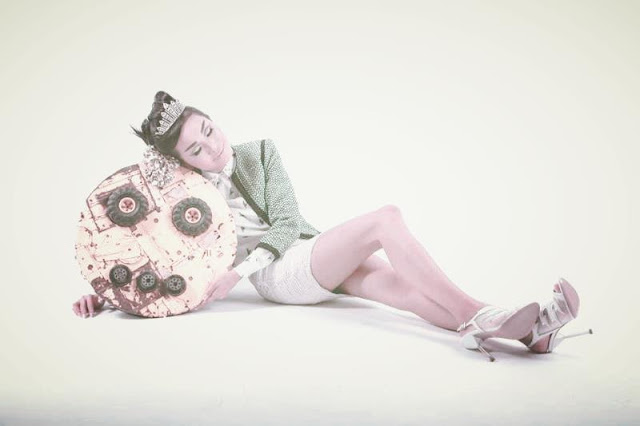 When Emergency Tiara performs, crowds inhale a refreshing quality of pop vocals. The Tokyo-born performer, who evokes Victoria Beckham's fashion savvy and En Vogue's woman-empowered sultriness, can be described as Japan's strike on the latest British soul music invasion. She is high fashion, high energy, and the girl next door. Audiences love her upbeat lyrics, bubbly stage presence, and unforgettable, couture model-like stage command. Emergency Tiara signals the rise of today's cosmopolitan, sexy and glamorous woman, delivering lyrics that marry the groove of California rock with the timelessness of Motown R&B.
Singer-songwriter Emergency Tiara has packed spaces ranging from Canal Room and the Living Theatre, to the De Beers Christmas Event (for which she has done two solo performances) as well as at the Escada Christmas Gala and the Monaco Grand Prix Cruise.
Classically trained in vocals and piano, Emergency Tiara is inspired by the power of music to uplift audiences, having developed her love of singing through early performances with the likes of leading performers including Japanese vocalist, Ken Nishikiori, on La Damnation de Faust, conducted by Seiji Ozawa (now musical director of Vienna State Opera).

Emergency Tiara has a low-fi surfer vibe similar to Best Coast combined with the fashion and pop potency of Gwen Stefani. Her upcoming EP will be released on November 12.


To hear and learn more about Emergency Tiara go to:
Soundcloud