TC Smith has been working in music constantly since the age of 4, whether it be from performing in school recitals or musicals to rocking a stage or taking over a vocal booth. Though starting out being classically trained and performing at a young age even in specialized choral groups, in her travels, TC became well known for her scream.

She moved to Los Angeles in the mid 90's starting off as a backing vocalist in whatever opportunity that came her way until she finally auditioned for Los Angeles based industrial band, Triggerpimp.  She dubbed them "the hockey player's smile of LA industrial music" because the band was often the subject of local myths and legends for both on and off stage antics. The band although dysfunctional went on to obtain success with getting music on KROQ and KNAC, performing national tours, getting airtime on MTV and VH1 and even in major motion picture soundtracks.  Before disbanding, they also won Best Directorial Debut for John Richards/Blue Highway Productions music video for their song "Medicine."

Another part of TC's career moved into using her voice as a back drop to horror films. TC has also been featured both in major and independent films, as well as trailers and TV commercials. Her first vocal foray into horror movies is what later compiled into a track called "Medusa" produced by Joseph "Joe" Bishara. She was often pulled in for late night sessions where she would perform multi layered choral arrangements, operatic vocal approaches and a mixture of voice overs and vocal overdubs which will mix many professional styles of singing with very unnatural textured techniques of gurgling, screaming, breathing and guttural noises done in key. If you have turned on the TV or been to the movies any time in the last ten years you've undoubtedly have heard her dozens of times.

In the winter of 2013, TC teamed up with Grammy award winning producer engineer Rae DiLeo to work on a project, Meridian Dream's CD, and she offered to supply vocals and shortly thereafter she went into production writing lyrics and recording the tracks for the songs that appear on the album. We caught up with the songstress to have a little chat about her many talents..

R. Firstly, Happy New Year! Thanks for taking the time to chat with R360. You have such a colorful background and your hands in all sorts of pockets. Is there anything you haven't done?
TC. I have never taken a vacation. I've taken a moment. I've taken a couple days off. I've taken a hiatus. But I've never gone on a true vacation.

R. For our readers who have never heard  your music, explain your sound in 5 words:
TC. Since I've done music across the genre board the five common denominators in my music are: Passion, Soul, Honesty, Direct and Heart.

R. Where do you draw inspiration from?
TC. I do art in many mediums, so I find inspiration in many things and many kinds of ways.  The two main things that really motivate me to create and inspire me...  that give me sometimes that first spark...  are one my dreams and/or nightmares.  I keep a journal by my bed and I write about what little wisps of things that I can remember.  And two... love.  Nothing moves me at my deepest or makes me as vulnerable as love.  From the heights of electric connection to the lows of absence from the break up, and the anger or frustration...  the self doubt and the blame of understanding the break up. Then the rebuild to feel confident to fall in love again.  Love is more inspiring to me because it's the fuel of what drives me and keeps me going.

R. Can you talk to us about the art of lyric-writing? How connected are the lyrics to the melody (and harmony)? What is your general process like? Are there any songwriters that have influenced your style in particular?
TC. I don't really have some set pattern when I'm writing lyrics, my favorite way is to listen to the music on repeat and start writing in a full free thought mood.  Sometimes I will write a few sentences and sometimes I write what feels like a novel.  Then I pull lines and start making a song out of it all.  I really like to let the music inspire my imagination.

This is where my answer is a bit tricky, see, melody tends to be the last thing I write.  My words at first start out percussively.  I "harmonize" my syncopation to the drums or the beat of the song. (It is also why I cannot stand drummers who can't tune their drums. It is like nails on a chalk board to me.)  So after I write lyric ideas I start playing with the beat and pull the lines that I think fit.  After I do that, then I write the melody and then fine tune the lyrics.  I prefer my lyrics to also be of the same beat per line per song section.  Not always, but generally speaking, each line of each verse will map up by syllables. (i.e. First lines of each verse will be 8 syllables, second lines 4, thirds lines 7, etc.) But to me all of it is extremely connected. You need ALL of it to have a good song.


R. In 2013, you hooked up with Rae DiLeo a producer whose body of work is extensive and admired. Tell us a little about this collaboration and the new EP you both released, titled Meridian Dreams.
TC. Well, Rae and I have known each other since 1999. He was friends with one of my band mates from Triggerpimp and we met at warm-up show in Santa Monica at 14 Below.  Rae and I always would have these funny conversations because I was the "baby" and the only "girl" in the band. So often the guys were out carousing or whatever and I often would choose to avoid the trouble from the mischief that always followed in their wake.  Years later, when I was producing Satiate's album I was looking for a someone to help us mix it and I figured to ask Rae.  I knew he was busy in the studio working with Richard, so I was hoping he could give me a reference on someone that would get Satiate's sound. Rae automatically asked if he could come down and listen to it and I, of course, was hoping to really get his opinion and said "yes."  After listening to three tracks, he told me that he would love to mix it, which FLOORED me because I know how busy he was. It was by far the most painless mixing experience I've ever had.  Everything he mixed perfect first run in. I'm extremely proud of that album and I was so grateful for his help each day I'd show up with homemade cookies and cherry cobbler. When he brought up Meridian Dream to me, he had mentioned he had these tracks that needed vocals on them and I, knowing his talent and enjoying our past experiences over the last decade plus of friendship, volunteered to help him out.  Within days he kicked me down a few songs, within weeks I called into a studio here in Los Angeles, and shortly afterwards forwarded him the tracks there in Long Island. I wasn't really hesitant on what I was doing with him because of previous work experience I knew what kind of vocal approaches he liked, what vibe he was going for the music and was really feeling the songs. The easiest part of it was the lyric writing.  I was going through a very heart wrenching break-up at the time of writing them and the process of putting that out was like exorcising a demon.

R. How would you describe your musical image? How did you go about determining what image to portray? How important do you think image is to musicians in general and yourself personally?
TC. I'm a rock chick. Plain and simple. No matter what sex kitten I may portray in my modeling career, I'm a woman who knows my own mind and lives my life. I'm lipstick and heels as much as I'm in your face with boots on.

There isn't some conscious decision on my "image." The only difference between the girl you see on stage and might see in my local dive bar is the slightly exaggerated make-up vs. glasses.  I prefer to wear dresses on stage, which is what you will see me in 80% of the time.  I do it for two reasons, I'm feminine and I want you to know that a woman just took the stage and sorry, it's hot up there under the burger burners.  Plus the types of dresses I wear tend to walk a line of sexy, cute, serious and classy. Which is what I prefer.  But then again, every so often, I get a wild hair up my ass and take it to an extreme because I hate being routine.

Well, there are two types of bands that I love. The kinds that I love their cds and musicianship. And the kinds that I will spend money to go see them live. I believe image is important to how you want to market yourself, but if your music isn't good, you are just a bunch of idiots who studied marketing not your instruments.  But it's also the other end, if all you do is just play a great song but just wear a t-shirt and a pair of jeans and just stand there like a goon, you couldn't pay ME to sit through your show.  So you can see me at a show to see bands like Nine Inch Nails and David Bowie which the live show are just insane and have a strong image or bands like Clutch or Fu Manchu who look like your brother's best friends that come over and eat all the pizza and hit on your friends but will put on a live show that will kick your ass.  Look, everyone loves a little icing, but you get sick if it's all icing all the time, you need some substance, some cake.  But if you are going to go with just plain cake, it better be some damn good cake.

R. What is the most trouble you've ever gotten into?
TC. T-R-I-G-G-E-R-P-I-M-P  Look, that band was the musical touring version of Jack Ass.  Sometimes I got in trouble and luckily talked my way out of it or had a killer manager talk me out of it (Thank you Tana!) Most trouble that came my way was just being associated with those guys.  And half of it, I didn't realize how bad it was until we were running away from something/someone and the guys' laughing their asses off and/or hearing sirens in the background or something.  We were always getting kicked out of banned or whatever from some club/bar/restaurant, etc.  In my travels I've learned you can get three dartboard darts in a Dutch man's ass but it takes an Austrian penis disguised as a hot dog in a waitresses hand before you get kicked out of the Ye Rustic Inn.  The rest of my crazy stories are all going in a book I've been writing.

R. What's your motto or the advice you live by?
C. "Don't let your tits write checks that your brains or talent can't cash." - ME 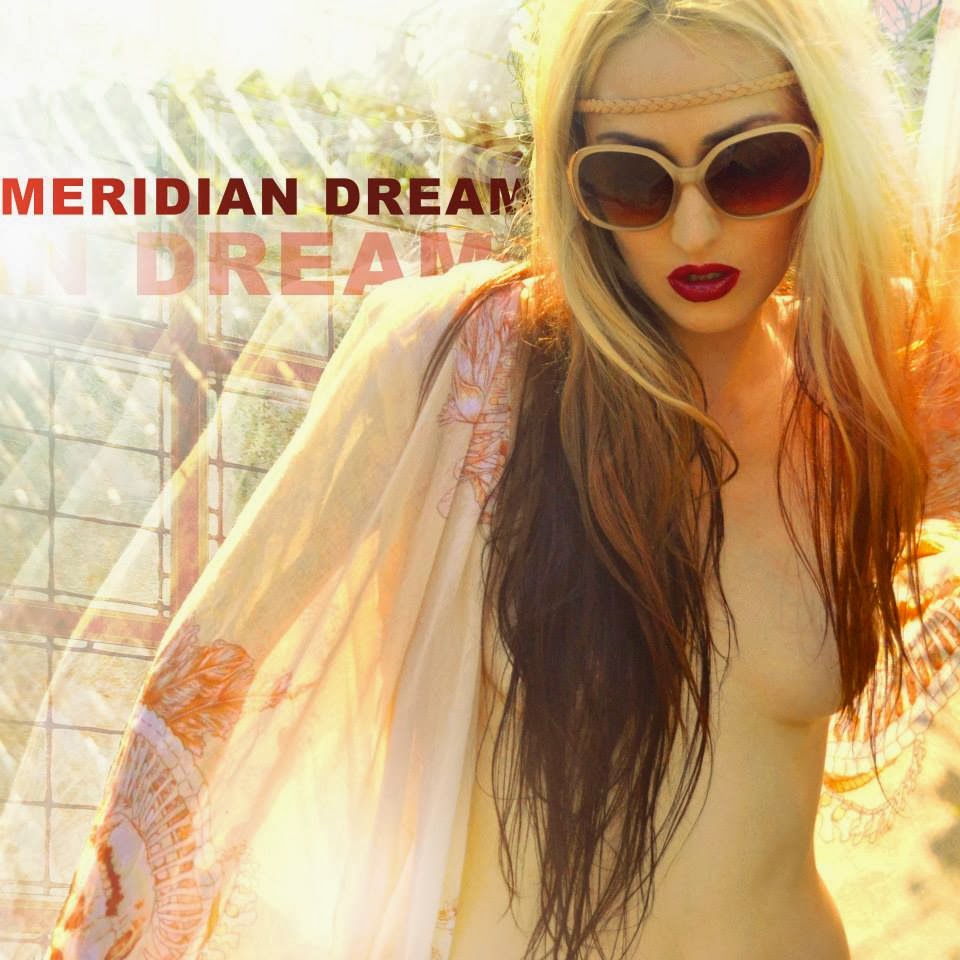