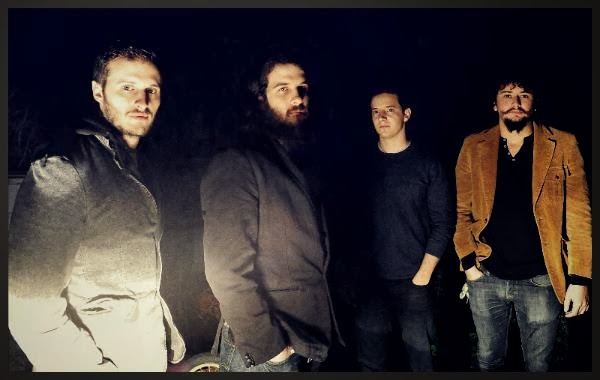 All Houston natives, The Beans sprouted from a fortuitous friendship. Drummer Brendan Hall, who, after completing his college coursework in December 2010, called together mutual friends, Sam Griffin (vocals), Christian Galatoire (guitar), and Daniel Taylor (Bass), for an informal jam session with the hopes of forming a sophisticated, crude rock'n roll band. Hall's "experiment" worked and resulted in the official beginnings of The Beans. Masterminding raw, gritty, and powerful rock, with influences from delta blues, 60's jazz, and psychedelia, The Beans present vintage rhythm based music in a modern context, with qualities reminiscent of greats, like Wilco, Junior Kimbrough, Jim Hendrix, Lightnin' Hopkins, Charles Mingus, and Townes Van Zandt.

The quartet began writing songs and performing around Houston in March 2011, and by January of 2013 The Beans had finished recording their debut album and built a devout fan-base largely due to the raw energy of their live shows. Conquering venues in their hometown and throughout the south, they played the Main Stage at the first sold-out Free Press Summer Fest in 2013, sharing the stage with Japandroids, Alabama Shakes, Passion Pit, and T.V. on the Radio. With invitations to play with such notable acts as, The Meat Puppets, Robert Randolph, The War on Drugs, The White Rabbits, Lotus Plaza, The Geto Boys, and Wanda Jackson, The Beans are positioned to take their face-melting rock beyond their home territory. R360 caught up with the Houston lads to have a chat about all things music...


R. Lads, thanks for taking some time to answer some questions. For our audience, why don't you introduce yourself and state your onstage weapons of choice?

TB.Revolution 360, we’re 4 guys from Houston, Texas that play bluesy psychedelic rock and roll music and we are on a mission to melt your face off.  We have Sam Griffin on vocals, Christian Galatoire on guitar, Daniel Taylor on bass, and Brendan Hall on drums.   We released our self-titled debut album in January of 2013, are currently rehearsing material for our follow up, and we would love to share ourselves with you.

R. You're debut self titled album is electric, intense, raw and has all the grit from a by-gone era. What is the message your trying to convey?
TB. I think that although we may have been unaware of it at the time realism is the strongest influence on the album. It is something we are more aware of now writing songs for the second album that what we like best and what people can connect with most are honest
emotions plainly put and honestly plaid.That is the pinnacle of what we strive for. 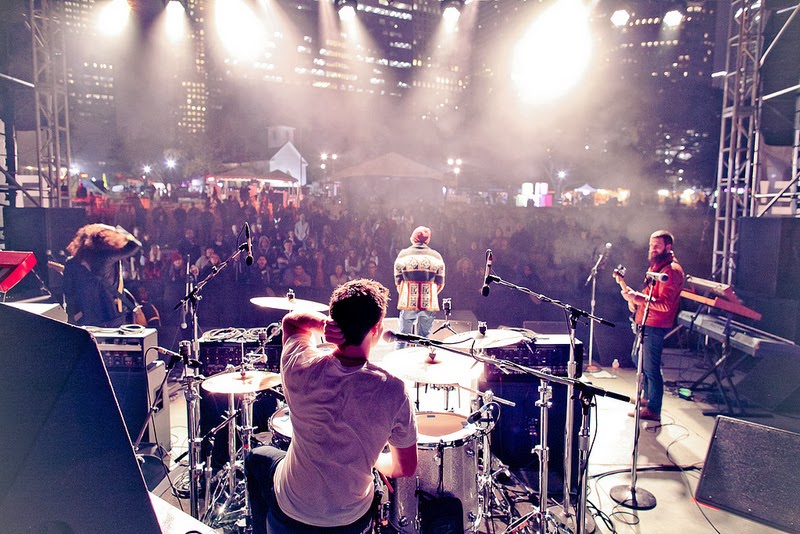 R. What genre of music do you consider your work to be? Who are you major influences?
TB.Most simply put, we consider our genre to be rock and roll. Delving a little deeper we would say “rhythm based blues/rock with elements of psychedelic soul.

R. What are your songs about? (what specific themes do they cover?)
TB. Most of our songs are about relationships and whiskey, or variations of those two. The other songs stem from life experiences and things we have read.

R. Not long ago epic and concept albums were a dominate force of our culture. What's your opinion of where rock n roll music is today? Does it still exist you think?
TB. Do you think our album is either epic or conceptual? If so, that is nice.  We believe our debut album holds up really strong as just that, an album. It’s a collection of songs that will grow on you the more and more you listen to them, and as a result the album itself becomes stronger over time. I don’t think we have the requisite qualifications to comment on the overall state of rock and roll today.

R. In a perfect world how many albums would you have to sell to be happy?

TB. As many albums as it would take in order for us to be self-sufficient musicians. R. What else is on the horizon?
TB.We are currently focusing on writing and recording our second album. We don’t often think about horizons.

R. Let's dream a bit: if you could support any band in any era, who would it be?

TB. I think we would choose the Who. Christian and Keith Moon would disappear and have some random insane adventure together - and possibly never be seen again.  Daniel and John Entwistle would probably sneak off to some dark and quiet dive bar together and drink together in near silence.  Sam and Pete Townshend could iconically break a bunch of shit together and Roger Daltrey and Brendan would try to have a nice meaningful conversation together, but be interrupted by a swarm of middle-aged women trying to rip their clothes off.


To hear and learn more about The Beans go to:
Soundcloud
soundcloud.com/thebeans
Web
The Beans
Facebook
facebook.com/beansband
Email Post