Creating dark, folk-infused rock reminiscent of Rufus Wainwright, Elliott Smith, Nick Cave, and Bob Dylan, Elliot and his band gained increasing attention after the debut album Death of a Widow and appearance on "Folk Music for the End of the World" (featuring Sharon Van Etten), both released on Yerbird Records in 2010.

Elliot has impressed audiences throughout notable Northeastern venues, including Rockwood Music Hall, Mercury Lounge, North Star, and the legendary World Cafe live, where Elliot has headlined. 2014 is already shaping up to be a huge year for Elliot. The self-produced EP, Provisions, is due out in May, and he's set to return to the studio shortly thereafter to work on follow up with legendary Jon Agnello (Sonic Youth, Dinosaur Jr.). We had the opportunity to catch up with this fine young lad and get all the scope behind his crafty talent.

R. Thanks for taking the time to chat with us here at R360. Firstly, you're body of work is impressive and somewhat provocative. What is your personal view on where you are musically today?
LE. Thank you very much.  I just feel like I'm writing what comes naturally to me, and have had the good fortune of finding folks to come along for the ride.   Musically, I always feel like I'm behind the 8 ball, you know?  I always want to be further along than I currently am.  To my mind, I should have 8 records out already.

R. You've been compared to iconic figures such as Nick Cave and Bob Dylan. Is this a compliment or a curse for you?
LE.  Those guys are my heroes.  It's always nice to be likened to your heroes, but I certainly don't want to come across as being derivative.  I think that I'm doing my own thing, so far as one can.  But comparisons are easy for people.  I get the whole marketing concept behind it, but sometimes you want to be recognized for what it is YOU'RE doing, good or bad.  When you lump people into categories with others, things get confused, and become more difficult to separate.

R. On listening to the first track of Benny's a Bum there is a grit and moody edginess to it... is this by any means, a reflection of your own character? and who is Benny?
LE. Well, I wrote that song for Paul Cantagallo's, "Benny the Bum," which won the 2012 Philadelphia Independent Film Festival.  The lead was a boxer, and boxing is just gritty.  It's hard to write a clean song about a dirty subject, and I really wanted people to see him 'pop' on screen musically as well as visually.  Benny was just a lost character in the film- he was in and out of jail, kind of a misanthrope- those are interesting characters for me to write about.

R. Where do you usually gather songwriting inspiration? What is your usual songwriting process?
LE. I don't feel like I gather inspiration, I just feel like it comes.  The best thing you can do is write daily to kind of invite something to happen, but that's really it, at least for me.

I don't think I have a usual process- it changes all the time.  Sometimes I start with lyrics, sometimes the music, and sometimes it happens all at once.

R. What are the main themes or topics for most of your songs?
LE. This is tricky, because I don't really want to repeat myself all the time, so I try to change topics as often as I can.  That being said, I seem to have a lot of religious motifs going on.  I'm not sure what that's all about... 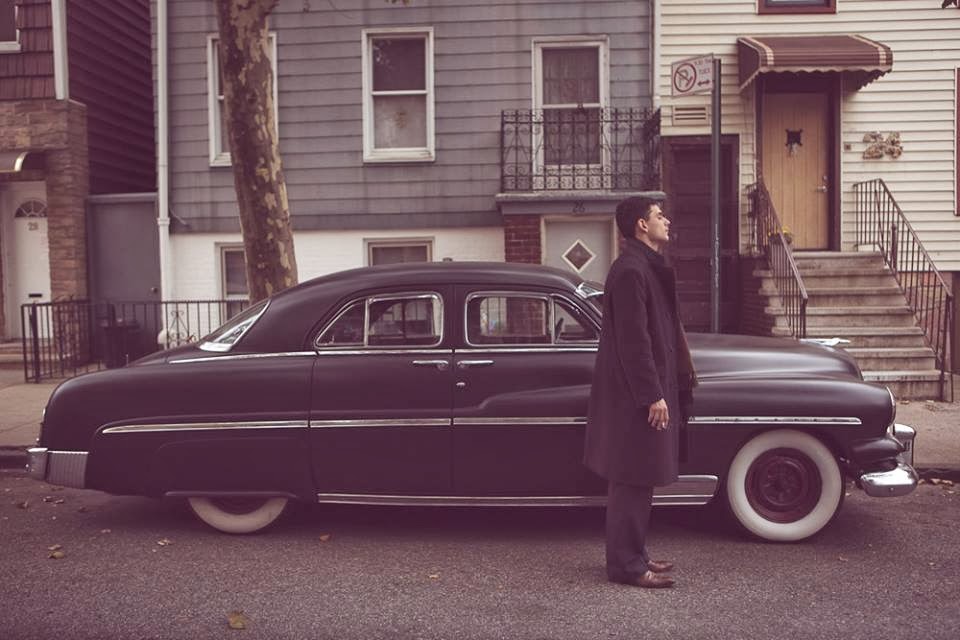 R. With Provisions out in May, what else is on the horizon? any festivals or tours?
LE. I'm really excited to get into the studio with John Agnello.  He's such a great artist, and I'm thrilled that he enjoys my work.  We have a bunch of shows coming up- I'm playing tonight actually at Rockwood Music hall.  We're looking at some showcases for SXSW, and I'm really excited to get a tour going soon.

R. Leonard Cohen once quoted "Poetry is just the evidence of life. If your life is burning well. Poetry is the just the ash." What is your view on these profound words?
LE. For me, he seems to be saying that it's all about living a good life.  Either that, or he's saying that people should smoke more.