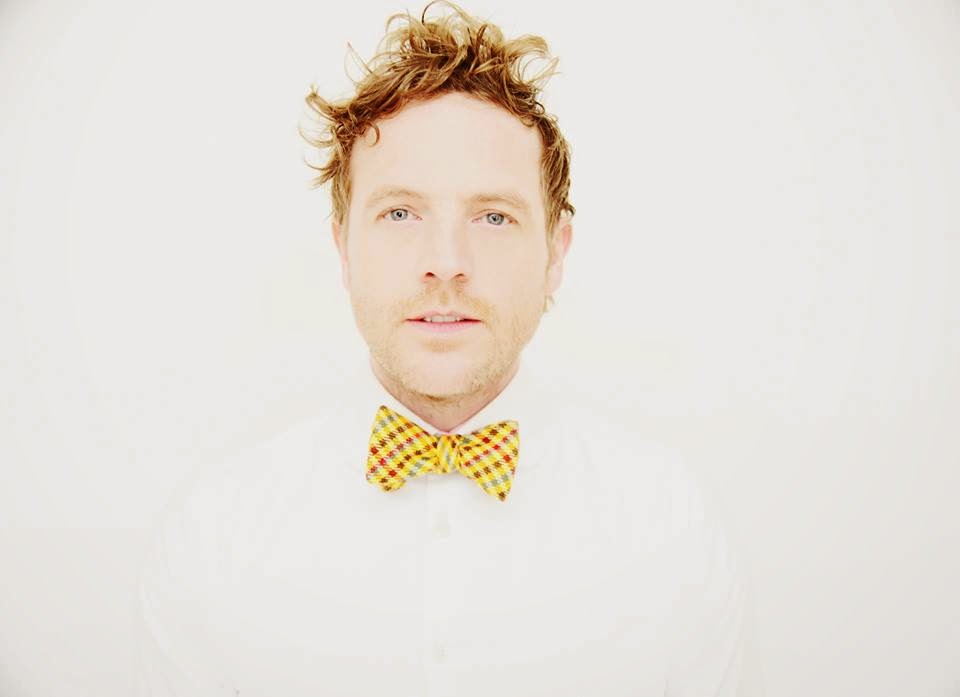 Review: Korby Lenker at Hotel Café a cinnamon tinted daguerreotype evening.
You knew the show by Korby Lenker was going to be an entertaining adventure before he even got on stage; the pedal box mounted on a skateboard sitting next to the microphone stand gave him away. And the adventure started the minute this curly-headed, mischievous grinning minstrel walked out in a wine-red velvet jacket, jeans and bow tie and said "hi".

Lenker has explained that what he does is make music that's easily likable but with a kind of secret sophistication. He pulls it off well, which is why he has opened for bands like Willie Nelson, Ray LaMontagne, Nickel Creek and Keith Urban, among others. Everything he does - and did Friday night at the Hotel Café - is entertaining, hummable and deeply layered. 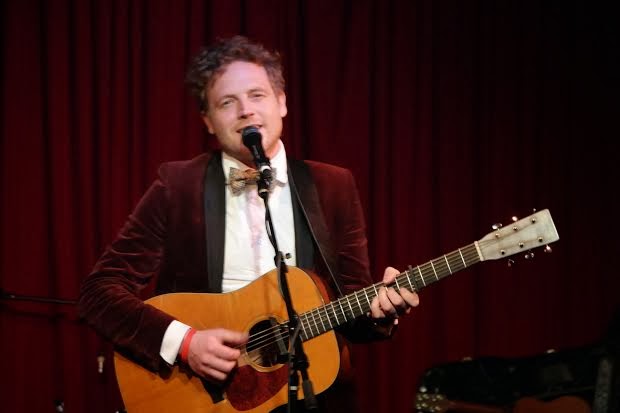 He started the show off gentle and soft with simple chords for a haunting effects on "If I Prove False", hitting the long high notes in a way that evoked memories and images of the past - a cinnamon tinted daguerreotype of a song. He picked up the pace with "Papercuts", strumming a higher tempo chord but keeping the same nostalgic husky tone in his voice. A song from his new album , Korby Lenker (self-titled) "Gotta Do" followed and his mood became even more thoughtful as he slid into April May" where he showed his discipline for emotional payload delivery with precisely-timed pauses in places where a lesser talent would have rushed on.

After some laughing banter with his fans, he brought us "Hurts Me So', the perfect example of his layered, mischievous songwriting - a happy composition about a dad a story. He practically danced on stage to this upbeat melody while singing about a terrible breakup. You didn't know if you should laugh or cry (laughing worked best), but you knew it was genius.

Two of the best songs of the night were "Late Bloomers", an unreleased song about himself and many other people who will eventually "all get there on time", and "Last Man Standing" about the Lakota Chief Sitting Bull. Lenker told the audience the story of Sitting Bull from the book, I Left My Heart at Wounded Knee before he launched into the blues-rock tinged ballad, getting down with clinching riffs on his acoustic guitar.

He continued the emotional adventure with the powerful "Cedars of Lebanon" and "Lovers are Fools" before closing with his signature song, "My Little Life", stepping out the edge of the stage and away from the microphone to be as intimate with audience as possible. It worked. Whether he is onstage, or entering your ears through a CD or the Coffeehouse Show on Sirius XM radio, he soothes your soul and enriches your mind with lyrics that kindle thought, notes that stay with you and a voice that paints unforgettable feelings.

Korby Lenker is Based in Nashville and will release self-release his eponymous sixth full-length album on Stuffed Piranha Records March 25.