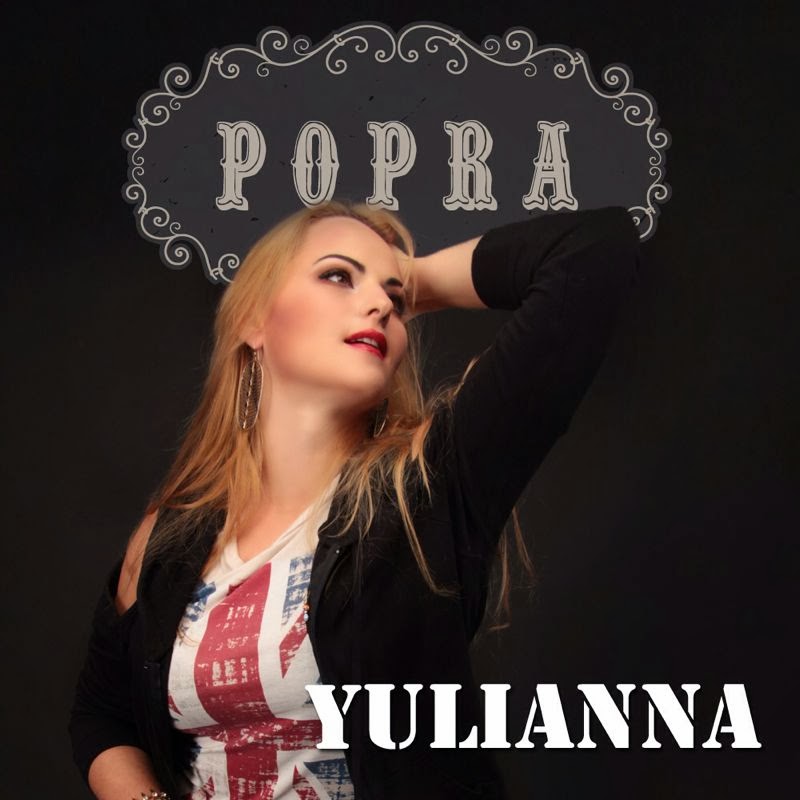 Review: Yulianna, the Kazakhstan-born, LA-based opera singer  turned pop songster gave the early audience at Molly Malone’s Saturday night a look into the future of music as she would like to create it and how we may all be seeing and hearing it.


After immigrating to the U.S. from Kazakhstan as a teenager, and winning awards for her vocals and classical violin concerts, Yulianna studied pop and classical musical genres with top musical professionals at California Institute of the Arts  She focused on opera to take advantage of her world class vocal power and precise vocal control, even singing with small operas.  After releasing her critically acclaimed full length dance album, Californ-i-a, and  her  hit single “Don’t Take Your Love “ and wowing crowds at Coachella, she decided now is the time to experiment with “popra” – music  combining the hooks and grooves and beats of pop and the drama and thematic power of opera, both to satisfy her musical creativity and to save
a dwindling art form, the opera.

The first fruits of that experiment, live performances of songs from her new EP Popra,  were on full display Saturday night.  Yulianna’s “popra” experiment shook the house and promised many, many good things to come.


Standing alone in the spotlight on stage, with guitarist Bill Scott off to one side, (but always very present in the music with  his blazing fingers and edgy solos), Yulianna did what opera singers do –mesmerized us with a powerful story, this one of war and revolution, lost love, torture and bravery.  She delivered five songs that ranged from explosive to anguished, in tempos from hard rock to groove beats to ballad to reggae.  And all the while, her voice soared and cried and belted as she blended in tracks and sound effects from her new album, Propra, on the fly, filling the room with orchestra-level sound mixed with bone-shaking bass and razor sharp guitar riffs.


Yulianna took the stage with a huge grin and thanked fans in the audience she knew who had driven as far as a 100 miles to see her.  And she very intelligently took the time to tell us the story of each song and the theme of the night – war and love (actually, as she later explained, an interpretation of Shakespeare’s Romeo and Juliet) and the process of assembling a popra – a rock concert with operatic drama.


And then came the music and we were all pulled into in the story.


She started with “Love”, opening with a heavy then gentle  piano introduction backed by an ethereal organ and guitar sound curtain out of which Yulianna’s seeming disembodied voice emerged.  She seems to sing directly to each person the audience, pouring her heart into theirs, and then let loose with bone shaking bass, electronic drums and searing, soaring vocals. The story had begun…we were introduced to the lovers.


“I’ll Never Sleep” moved the story along in a more pop beat, describing the love the woman feels who will lose her man to war. She accepts that he must go, but her heart  can’t:  “I hear the words you say...you speak wisdom, but to me love has no end”.  Again, the full-range voice rises and soars above the steady pop heartbeat and the organ flourishes delivering an emotional payload.


Before the next song, “Torture”, she explains that the women and children whose men fight in this war will be captured and tortured. A fast bass beat punctuated with flashing synth inserts creates a dark, hellish scene overlaid with Yulianna’s voice fluctuating with agony and determination. A male chorus pops up with the word “torture” punctuated with deep throated sound effects. You can almost see the shadows of the damned on the wall and the flames of war outside.


“Soldier”, Yulianna’s breakout single celebrating the return home of US troops from Afghanistan,  was introduced with a dreamy, almost melancholy piano that formed a landscape for her intense voice channeling  the frustration and yearning of  people waiting for troops to return. In Yulianna’s hands, what could have been maudlin becomes an inspirational ballad with guitar and piano and drum carrying it along forcefully, but gently, to her emotion-filled climax.


She ended on a reggae note with her single “Revolution”, getting the audience moving and dancing and ending the story with a nod to the fact that this is not its end…the revolution will continue.


Saturday night’s performance achieved its goal, blending operatic drama with a range of pop genres into a new musical form that is both radio ready as singles and concert-ready as a whole. The album, Popra, is only the beginning – the first act, as Julianna puts it, in a longer story. Bringing it to a venue was a natural next step and I assume that Saturday night was the next move in the development of a production that demands  far larger venues and attracts far wider audiences.  As she develops “popra” as a music form and becomes more explicit in the story, perhaps with visuals and dancers and other vocalists, she may just change how we look at and listen to music.


Each song Saturday night demonstrated Yulianna’s unique talent for writing and singing lyrics that distill the power of sweeping historical events into the feeling and the stories of those who experience them. In Popra, the story is epic, but the music is personal but universal. Only Yulianna can do that.
And she might save opera...


To hear and learn more about Yulianna go to: