Michael Addison an actor, singer, songwriter was raised by a talented family around the outskirts of Philadelphia. With his father playing guitar, mother on piano and brother on drums, Addison was surrounded with musical inspiration. He then moved to Los Angeles and performed along the Sunset Strip, including Whisky A Go Go, key Club, The Viper Room and The Hotel Cafe. Self -Taught on guitar, Addison draws inspiration from the story telling of hi real life events. To date Michael has released 4 CDs and 6 music videos. His albums have rocked the college and radio charts.

Besides being known for his musical skills, Michael Addison's music videos are always among the best in the indie world. having won over 10 music videos awards including The Aurora Gold Prize and 5 Telly's, you can be sure that his next batch of videos will make waves in the entertainment world.

Michael Addison will release a new album, Resisting Fate, April 15 and a new single, "We'll Be Coming Home", April 8 as part of a major shift to music. LA correspondent Patrick O'Heffernan caught up with Addison to chat about his new album.

R. Michael, thank you for giving me an advanced listen to your new album, Resisting Fate, due out in about a week, and your new single, “Alone”, due out Tuesday.  I am stunned and puzzled by these new tunes.  This is a whole different Michael Addison, The alt rocker is gone for the most part and has been replaced by a wonderful, broad-voiced artist with a melody-driven emotional style. Is this a new direction, or are you showing us another side after the rock albums?
MA. I wanted to show that there is more to me than rock.  When I started out in industry, my goal was for my rock album, Blinding Shadows  to really take off and I focused on that for some time.  The album did well, the response was fantastic. That gave me time to sit down and reflect and look at how far I had come and what I have done. When I was recording that record, I had some downtime and a guitar in my hand and what  started coming across to me were really pretty notes and rhythms.  I started writing notes and songs and by the end of sessions I had a full record, ready to go. I really liked the results and I wanted to record the songs and went from there. The test markets responded in a positive manner so I decided to go for it.

R. The highlight song on the album for me, “We’ll Be Coming Home” – which I think you are releasing as a single next week, is so beautifully constructed with the rhythm guitar establishing a landscape and your voice and lyrics coloring it.  And about 30 seconds farther in the electric guitars riffs and adds even more emotion.  I want to ask you about that song.  Is there a double meaning there.  Is the homecoming in the title your coming home to this softer style?
MA. I think it is more about being at peace with your  situation. We are always constantly looking for someone else and it is about finally coming to the realization that the person you are with is the person you want to settle down with and you come to terms with.  You are inviting them into your life, into your home and  making them your home. That’s the dynamic of that song.

R. It certainly sounds like you have come to peace with yourself in that song.
MA.Yes I have. The reflecting I did had a lot to do with it. I finally came to peace with where I was at and the accomplishments that I had and that the direction I was headed in I was perfectly OK with. I knew life is going to be great from this point forward.
R. Another song on the album, “Alone”, is a very strong personal statement, especially in the lines Now my journey’s gone/and I’ll never find my way.  Where did it come from?
MA.Yeah,  this is a darker song.  I wrote this one a little while back. I was definitely fighting some demons at the time, and I found myself in the same cycle over and over again. I felt so lost. I felt that I was never going to get out of the rut I was in and the path I was taking. I felt that  the journey I was on would  never come to fruition and I had to accept that and it was very depressing. Fortunately that is not how it turned out in the long run.
R. Michael, you are also an actor. You have been in 5  films I know of,  most recently, No Answer  in 2010.  Are you still acting?
MA. I acted in all my music videos, but I am not currently acting and am not currently actively pursuing that.  Music has always been my first priority, but since I live in Los Angeles, I have been offered a handful of roles and I participated in that.  I have done a number of commercials too; I did a couple of Super Bowl campaigns and worked for Samsung and others.  It’s a fun thing to do on the side and if offered the right roles I will take them, but music is my number one  priority.

R. Do you have any live performances coming up.
MA. I am putting together a release party now.  Follow my twitter feed or my Facebook page for dates when I get them.  My twitter handle is @addisonmusic.
R. I understand you are something of an athlete, running triathlons. and you were a national swimming champion.
MA.You sure do your research!  Yes I was a division and collegiate swimmer and trained with the UCLA masters team and won the national championship in the 100 and 200 meter backstroke in 2006.  A fun time, and I did some triathlons. I like to stay active – I am not doing triathlons but I still swim.  It is something I will always do. I have been doing it since I was 3 years old. Some people do meditation or see a therapist, I swim - it is my form of escape.


R. As a former Masters swimmer I understand the connection between swimming and therapy. There is another song on the album, “Tonight”, that  is really fascinating.  It is almost an anthem – it has that kind of power, but it is so soft and acoustic.  A lot of pathos and angst, especially the lines Tonight, time has won/Tonight, peace has come. Those lines have a certain finality to them. Is that about the peace that has come to you?
MA. That song actually has a hidden, darker context. It is actually about death – the Grim Reaper has come to collect you and you are at peace with that. That is the underlying meaning of the song.

R. You have a lot of styles that you can chose from now, don’t you
MA. I have explored all the genres and  found each of them to be exciting in its own way. I have the pop record, and acoustic one, little touches of country. I haven’t entered the hip hop world yet. It is fun exploring them and I really respect them and I enjoy certain songs in every genre and as an artist I think you should take the freedom to explore the sounds and styles that work for you. 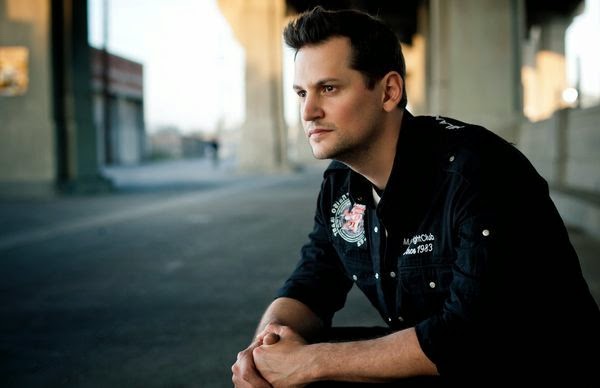 R. Another genre you have explored is film. Which is more work and which is more fun, movies or music? Do you miss the excitement of making films.
MA. I definitely miss the excitement.  First you do a movie, especially if you have leading roles, it is a very exciting experience, it almost addictive and exhilarating  and you want to do another one and another one.  I never saw it as work.  Whether I am in the studio recording a record or on the set making a movie, it’s like being in love. You know you are doing exactly what you should be doing and you are in love with that situation and that is what you are addicted to – finding that feeling over and over again.

R. Is making a video much like making a movie?
MA. Great question. They are different in the terms of the amount you have to get done in a short amount of time. Most music videos have to get done in a 24-hour period;  some of my higher budget music videos were done over a two day period. “Come Back to Me” – my highest award winning video - was very complex.  It  was shot in seven different locations. It was exhilarating, but it was also very tiring because you have so many resources and assets you can only use for 36 hours so it is much more an intense experience.
Last but not least...

R. Are you your own producer?

MA. Yes, but I work with other producers who are better connected to the director, so I really work with teams. I keep my eyes on the budget. At the end of the day I am the Executive Producer, the writer and the star. It is a lot of hats to wear at the same time.
R. It seems to work given the all the awards you have won. There is another song on the album that fascinates me, “Let them Be”. The lines The time we spend/To hang the rope/The time we spend/To find the hope. What is that about? What is the backstory? And what is the rope and the hope.
MA. That is actually about gay rights. I wrote this when gay marriage was at the top of the news. The theme of the song is why are you making such a big deal about this.  Let them be. Let them live as we do.
R. I agree completely. Thank you for joining us.
MA. Thank you.

The single "We'll Be Coming Home" is available Here and Resisting Fate will be released on 04/15/14. 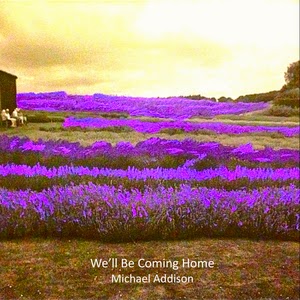