Review: Roses and Revolutions, aka Alyssa Coco and Matt Merritt, a New York - based duo, has released a new self - titled EP that debuted at #1 on iTunes bestselling singer/songwriter EPs. The duo of known as Roses and Revolutions played the 9pm set at LA's famed showcase club Hotel Café and proved they are even more fun live than on their superb recordings. The crowd of about 50 or so fans - not bad for a Tuesday night - had been warmed up nicely by the humor and tunes of Eliza Rickman. As they loaded Alyssa's Yamaha keyboard and Matt's acoustic and electric guitars on sage, a record producer and talent scout quietly slipped into the room.

The equipment set up, tuned and ready to go, Alyssa, brilliant in a white brocade bodice and very short multilayered flared skirt greeted the audience, joked about assuring her grandmother that the skirt was not really too short (it was close) and opened with "Home". The song is a contemplative pop ballad embroidered with piano and Matt's skillful instruments that the pair wrote for their first album, Earth and Everything. Alyssa's Norah Jones - like filled the room and got everyone's immediate attention. 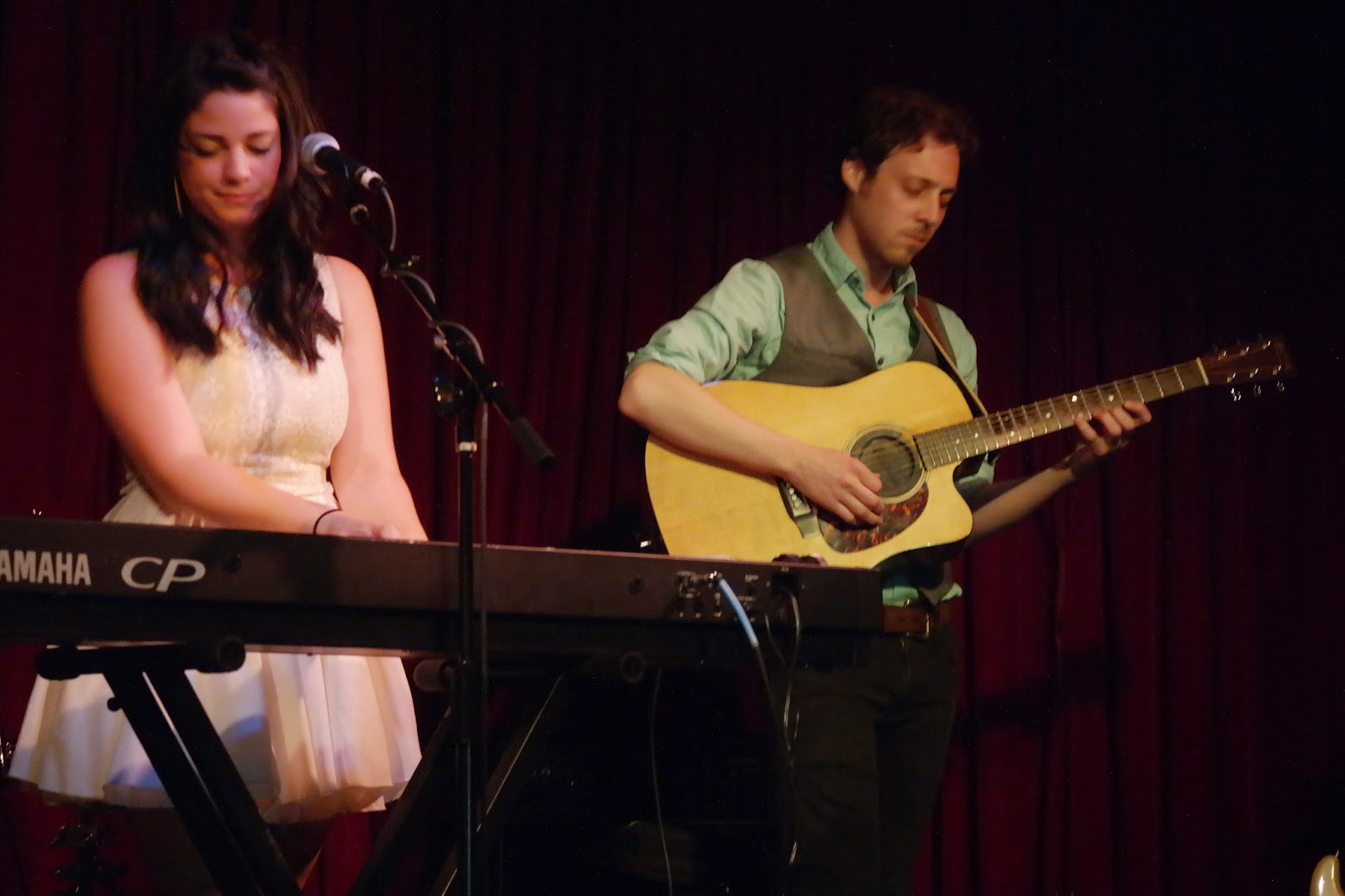 The duo's romantic chemistry was joyfully visible on stage as they moved on to "These Walls" from their latest album, Roses and Revolutions. They had the audiences swaying. Their delivery of the achingly personal song about Alyssa's OCD was every bit a s powerful as the track on the album which features a guest with Elvio Fernandes, who was in the Hotel Café audience, cheering them on. They followed with "the Scientist", another powerful dis play of Alyssa's American Idol-trained vocal range and ho perfectly Matt's superb guitar works with it to weave a melodic whole.

The tempo ratcheted up with "Take Me With You", a track on the new album and the soundtrack for their very popular pop-culture referenced music video. That got everyone head-bobbing and foot tapping. Although the stage version is more stripped down than the recording, the effect is  the same - an ear worm that is both thoughtful and fun. They followed with "Down", an early tune also on the recent self-titled album, whose soft power quieted the room. Alyssa's voice turned breathy, intimate and very personal as she sang the lines...

I want to be right where you are/Set let me be, just let me be where you are
and soared in the outro, I felt it coming, feel you coming/Feel us coming.

The producer and scout, who had taken seats next to me, and I whispered competitive music market in the nation, talent is a requirement, but a guarantee of success. Only those with a lot of determination survive. Alyssa and Matt have that determination. Although both from Rochester, New York, their journey to music was by very different paths. Alyssa came to it when her early passion led to teen-aged album releases and then American Idol at 17 where she was in the Hollywood round in Season 7. Matt arrived a late pickup of the guitar followed by a number of bands, rigorous guitar training at SUNY purchase and his final band, Tinted Image, which incorporated Alyssa and the rest is history. 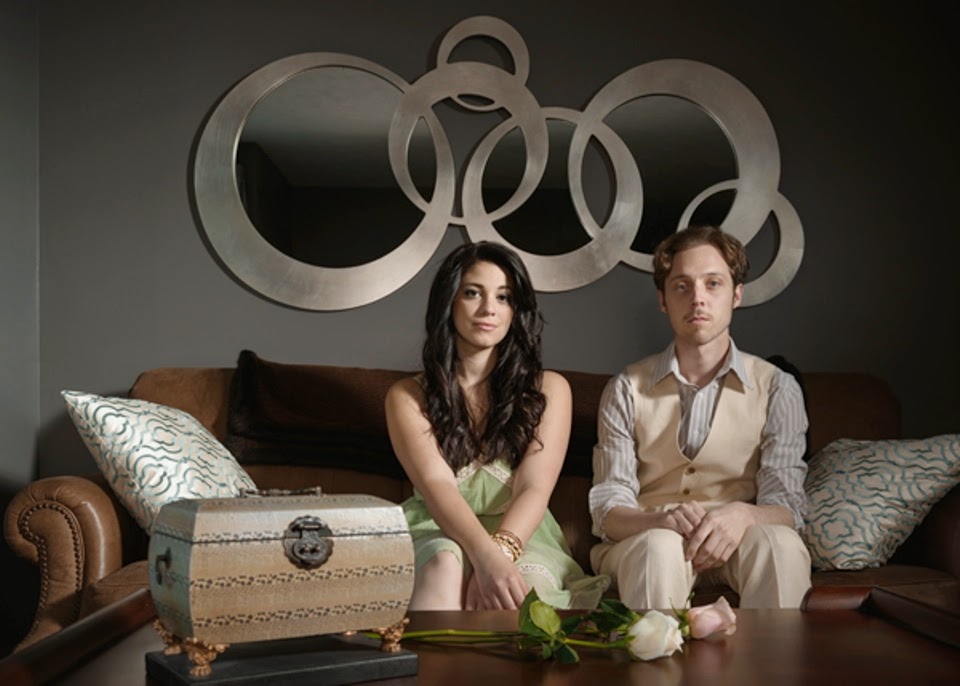 Tuesday's show moved to its closure with a humorous story by Alyssa of her damaged piano and Matt's lost and then returned laptop. They they served up a powerful cover of Tracy Chapman's "Fast Car" - not as poignant as the original of course, but very well done with R&R's stamp on it. They wrapped out all the stops, Alyssa's voice soared and Matt's guitar riffs - including magical solos in the middle of the song - delighted their fans, who clearly did not want to see them go.

Alyssa Coco and Matt Merritt have something special and as Rose and Revolutions are something special. Every song on their new album is a winner and, if Tuesday night was any indication, their shows are pure joy. People have been saying for some time now that they have a bright future. I think their future has arrived and it is very, bright indeed.

Rose and Revolutions is out now and available Here 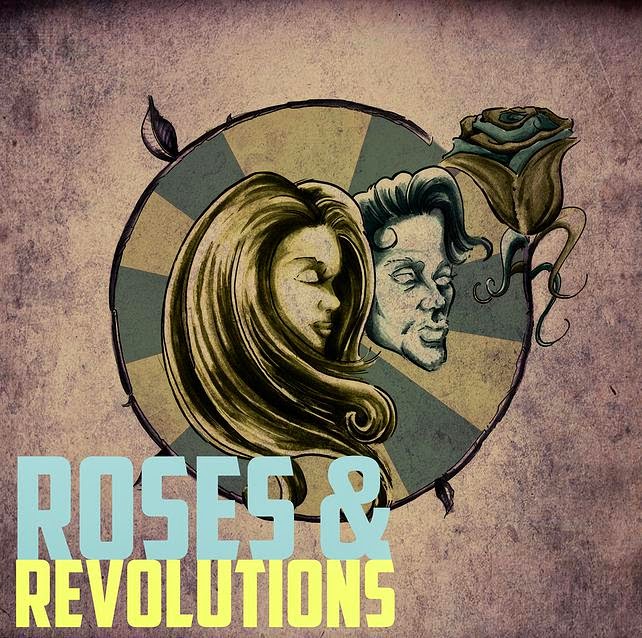