Review: Wednesday night in Hollywood at the venerable Hotel Cafè, usually a slow night with no problem getting a table. Not this Wednesday night. Tables were gone early and the floor was packed as the warmup act, Justin Furstenfeld, wrapped up. The crowd sang with him and applauded enthusiastically, but they were really waiting for a brunet slip if a young woman with an old/young chiseled face and a sensual voice that perfectly matches her undulating body, Lena Fayre.

There is a reason Rolling Stone tapped Fayre as one of the "10 new artists you need to know" in its February edition. Although she is only 17, the maturity of her command of lyrics, sound and audiences is that of a woman with decade of stardom. That maturity was in full display at the Hotel Cafè, hushing adorning audience. Onstage in a black sleeveless top, open midriff and muted electric blue tufted pants, Fayre's voice and body writhed and swayed like a demonic serpent pushing the drugs of emotional, ethereal pop. And we happily bought it. 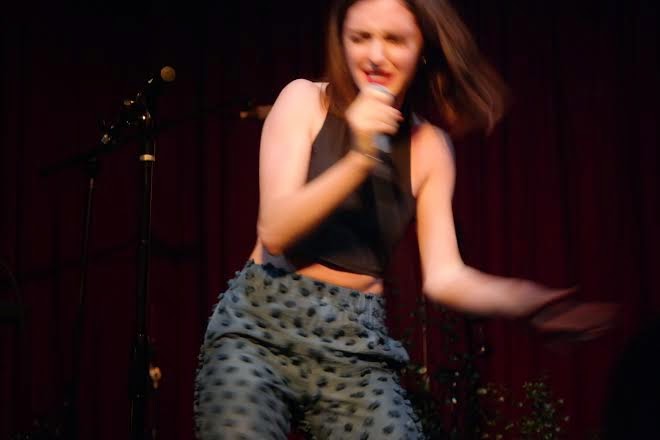 Fayre has said that her biggest influences are bands like Grimes, St. Vincent, Junior Boys, and the Baltimore-based synthpop band, Future islands, for their "multifaceted 'pop but not pop' vibe." But the performance she gave at the Hotel Cafè moved beyond her past "smart, savvy teen-pop with heightened emotions and killer hooks". She has combined ethereal and aggressive into a form that defies categorization.

Starting with no introduction, she launched into the angelic "Every Man is a Warrior", spinning out the song's lyrical poetry: in his mind he's a warrior/his hands soft so I never know, no no/in my heart is a hazard shell/I'm biting down on a burning rope, slow, slow. While seeming to float slightly above the stage in a personal world we can see into and hear, but not fully join, she moved effortless up and down the scales, carrying us with her. 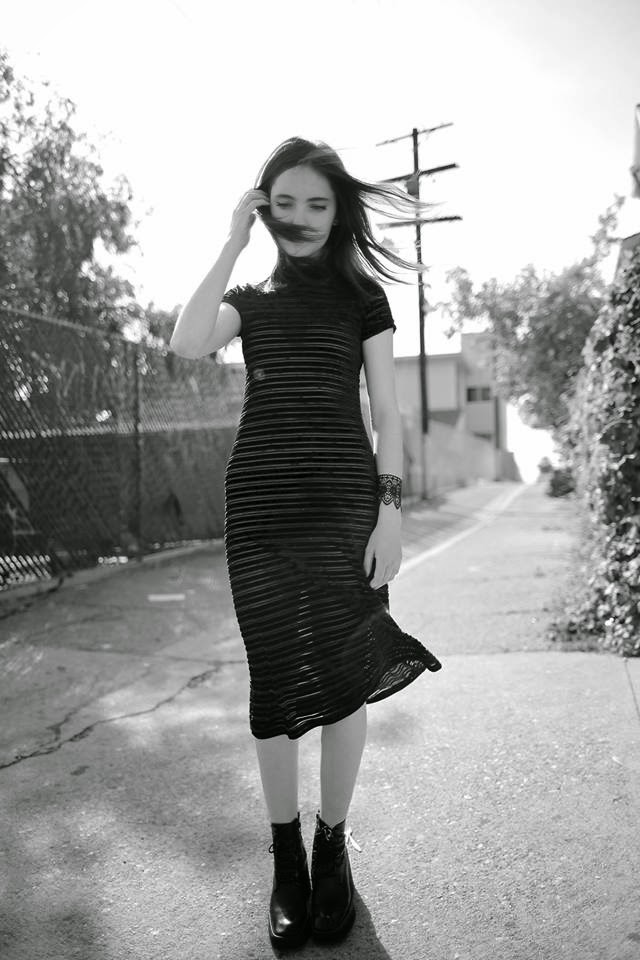 The personal world she slipped in that first song characterized the rest of the evening - separate abut engaged. Fayre's separateness, so powerful even when she seduces with body language and rippling voice, should turn the audience off but instead it forces them. I saw Wynonna Judd and the Big Noise a few nights later, who is nothing if not fully present and connected to her fans. and somehow found myself more engaged with Fayre who drew me in rather than extorted me.

Moving on to "Games" another song from her new album OKO, she added more energy as her guitar accompanist ramped up the tempo. then she changed the environment completely with "I Am A Soul", making us ponder verses like "the light in the corridor is dimming your eyes drift out of your skull swimming, swimming" while we enjoyed not only the shift in rhythm, but her down modulated voice.


As she glided through the rest of her 9-song set list, all from the new album, it became apparent to fans that she has moved far beyond the orchestrated pop of "Jukebox Love" and the high school image of "Love Burning Alive" into more ethereal and often melancholy world of the recent "belong to You" video, staged on the Santa Monica Pier. Her ability to conjure of a "4th wall" between herself and her audience by singing from a place so deep inside her and so far outside of her current reality is at first off-putting and then very, very appealing. Her control of that wall would make an experience actor proud - she can slip through it to introduce her band and thank her fan, and then move back into it to sing while focused enough to manipulate her electronics on the fly.


The highlight of the set for me was the single release "I Am Not A Man" with operatic vocals and the disturbing but so often true lines "I hear what you say, but not what you're saying/I know it's a game, but what are we playing. "

Lena Fayre's live performance adds a critical element to her work, her visual body language and ethereal delivery above and beyond her audience. the effect is greater than the usual live performance excitement - it is truly an extra dimension. As Fayre continues to tour to support the new OKO album, I predict fans will flock to see the visual Lena Fayre and let her mesmerize them in hushed rooms.

OKO is available on iTunes HERE 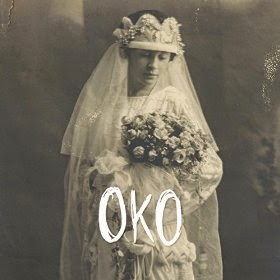