Brooklyn based electro-rock quintet, Stereo Off, release their video for "Bullet Time," the first video from their debut, five-song EP. The video for "bullet Time" features frontman Sebastian Marciano (vocals/keyboard) on the run in  a mafioso-esque cat-and-mouse chase, complete with a zombie dance party. The black and white film overlay adds to the overall vibe of the song and and plays the video much like an old school movie. On this "zero-budget" video project, the band gathered friends to utilize a DIY approach to finding actors and filming locations.

Stereo Off was formed in late 2012, when a solo project by Marciano turned into a full-blown, five-piece band. Through bandmates from previous musical collaborations and mutual college friends, Marciano was introduced to Steve William (lead guitar/backing vocals), Niall Madden (bass/rhythm guitar), Darren Jones (drums) and Bridget Fitzgerald (keyboard/viola). Amongst them, there's a classically trained Juilliard Masters violinist, an audio-engineer and a Brit, With varying instrumentation and orchestration brought to the table by the five musicians, the tracks on the debut EP accurately showcase the variable  sound Stereo Off can execute. 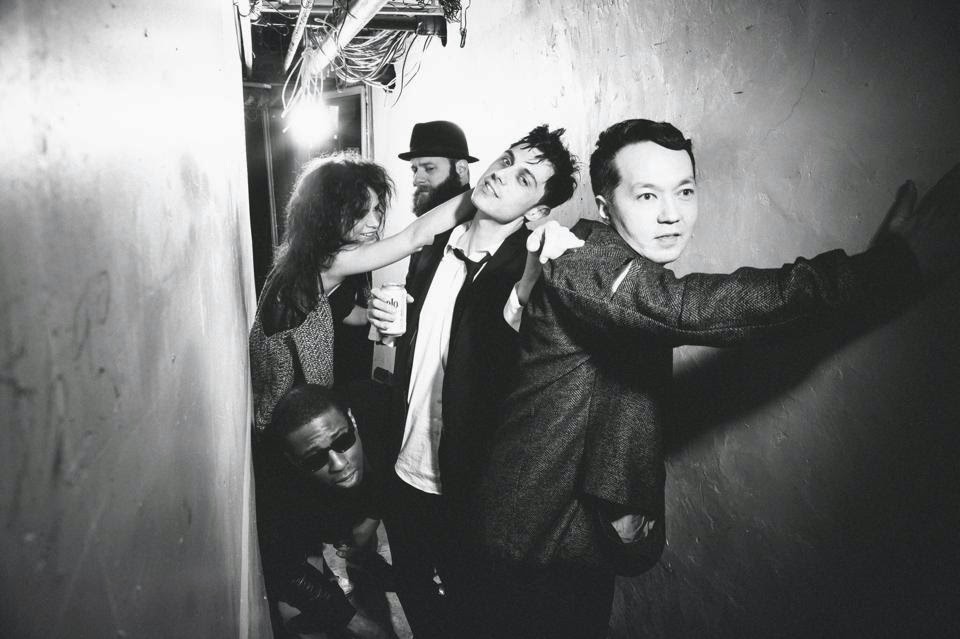 During live shows, Stereo Off aim to take listeners on a roller-coaster ride by letting songs take on variations of their own on stage. recently, the band has begun to incorporate more electronic and production elements during live shows. This helps to achieve engaging, nuanced sounds and tighten the overall mix of flavors available through their use of versatile composition. The emblematic sound of Stereo off is electrified in live performances. The band has graced the stage with their energetic presence around NYC venues, including the Knitting Factory, Glasslands and The Rock Shop. Music from Stereo Off has been featured in various short films that made festivals around the United States. Be on the look out for more from these rising stars!


To hear and learn more about Stereo Off go to:
Web
Stereo Off
Facebook
facebook.com/Stereo.Off
Email Post