Born in Japan, raised mostly in New Zealand, with many parts of both cultures inside her, she combines pop, J-Pop, calypso, rock and a positive musical attitude in a mixture that is like sunshine to listen to. She built a successful career in Japan and now is in the USA, Los Angeles to be geographically exact, enjoying its surf (she is avid surfer), its plethora of recording assets and a world class population of collaborating artists. The first fruits of that relocation, the album Rise Above, is due out in two weeks  and it is a winner from the first note.

Rise Above is a substantial work; 10 songs, one in Japanese and English, the others in English, each one  distinctive, but still well within the upbeat universe that Kat constructs even from the most somber of contests. The album’s breakout single, “Human” is  her musical follow up to a very nasty argument that moves from Just one of those days when I don’t want to get out of bed to  Surely we can be human. Framed with a ukulele, light guitar  strum and drum brushes, it makes you smile and tap your feet as you think about – why can’t we all just get along and be human. You know you are in Kat’s World and you love it. 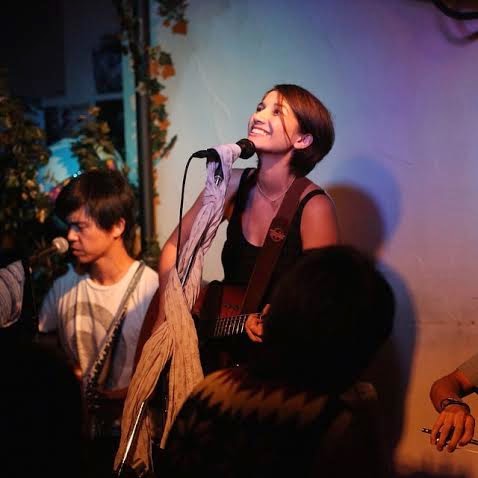 “Still Learning How To Start” picks up the pace with heavier guitars and a  solid pop beat, but it is still Kat McDowell Sunshine,  even as she sings of  promises made  under the stars at night.. The chorus Here we are, you still have my heart” and here we are and we’re still learning how to start  is a first class earworm hook, tailor-made for top  40 radio and a crush of fans singing and  waving their arms and cellphones at a concert (I’ll be there).

“Lovely Day” is exactly what you want to wake up to…bright shiny pop notes and lyrics that tell you no matter how bad you feel, it is  a beautiful day.  There’s always some kind of crises, she reminds us and tells us to put a smile back on our face and be the change we want in our life. And she says she will help you carry on – and she does. Not profound, but it works and is especially welcome in a rock universe with so much music that makes you want to stay in bed.

My favorite song on the Album is “Goodbye”, which introduces a more Caribbean feel, and is little  more serious, although Kat’s trademark cheery voice and the upbeat arrangement is well within sunshine land. You’ve had to say goodbye so many times, You can’t remember why you even bother sings the woman who played at 1000 gigs on three continents and is now living in her third country. This is not about her, but it is very intriguing…makes you wonder while you tap your feet.

The remaining 6 songs on the album are all musically addictive and emotionally thoughtful as they venture into shadows as well as sunshine. Standouts include “Walkaway”, a quiet poetic story performed with a guitar and no happy ending as she walks away from a relationship, “Dianna”moved along with an EDM-style beat and syncopated keyboards and electric guitar in a classically–assembled pop arrangement with a twist, and the pop ballad  “Final Win”  with a 80’s rock feel in which she reminds you that you have never heard my roar (we will). And finally, the Japanese version of  “Still Learning How to Start” which shows how she elevates her voice to a higher key and enunciates the Japanese lyrics a little faster than the English.

This is an album you can put on in the background as you go about your day, or on your earbuds with your eyes closed while you lie on the beach and think about life, hers and yours. It is a perfect introduction for Kat McDowell into the US market and should carve out a space for  her that she can build on, and she certainly will. Above all, Rise Above  is pure musical sunshine. 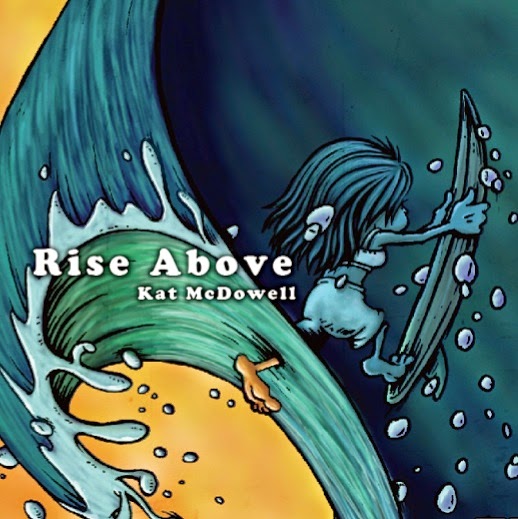