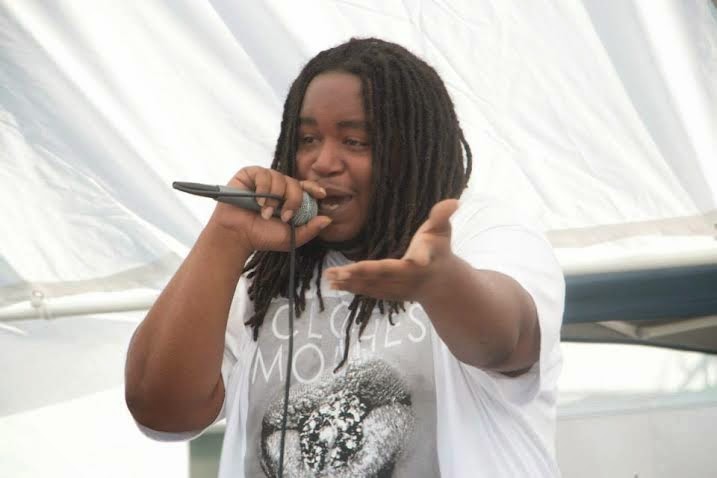 By simply listening to just one verse, it becomes very evident that Moss Da Beast is no novice to the business of the music industry. One of Chicago's finest MC's, Moss was born and bred on the South Side streets and even a moved to Nashville for a few years, allowing the ability to familiarize himself  with southern culture, broaden his expertise and hone in on his craft within the industry. Now with almost a decade under his belt dedicated to management, Moss is fully engaged in the success of his solo career. His first solo mixtape "Almost There" was released in August 2010 and well received by fans and press. With songs like "They Know It's Me" and Hip Hop in the Ville's 2010 Hottest Single Nominee, "When It Get Gutta", the streets began to buzz about That Beast. Since then, he's released several mixtapes garnering new fans and praise.

The 2012 release of "Live From The Elevator" and subsequent Netflix Exclusive Documentary releasing within the next year amassed sponsorship from the likes of Hoolegunz Clothing to GoodTimes USA and LoveTag Apparel. Not one to be outdone, Tha Beast rode that live elevator upward, catching the attention of Alabama's own super production squad The BlockBeattaz. They recorded "Hangover" for the his first solo album "Lebron Jordan Kobe".

To accompany the rollout of all Moss' first album after many mixtapes, we caught up with this rhapsodic virtuoso to discuss his new single Surfing in the Air to be released October 28th from his upcoming album If Skillz Sold scheduled to release December 4th.

R. Thanks for taking the time to chat with us this week here at R360. Music is music no matter what genre. How did you get started with Hip Hop? Do you think this genre will last or will people tire of it? Since there are so many great street hip hoppers, what determines who gets to the top?
MDB. I started out just as a fan as a kid  and by the time I was 12 my big cousins were rappin. R.I.P. my biggest inspiration my cuz Sammy aka Relentless. He was the first to make me wanna rap. I felt like they were battle rappin against me and I didn't have any weapons so I quickly learned the ropes and started freestyling and writing to any beats or songs I could.

R. What artists inspired you too become involved with Hip Hop? What is your favorite album of all time?
MDB. 2pac and the power he showed through his music made me want to start. Snoop Dogg made it look fun and easy. I'm also heavily inspired by Scarface, UGK, Twista, Jay Z, Outkast, Notorius B.I.G Pete rock and J Dilla. My favorite album of all time is "One day it'll all make sense" from Common.

R. As a rapper, what do you feel is the most pressing or important problem in our society now, and do you feel as though your experience as an artist has aided or perhaps complicated your involvement in these issues?
MDB. The most pressing problem is people are being blindsided by the television and they are accepting the force fed music that we hear on the radio Its not like it was back in the day when you could hear a song like destruction on the radio and see it on mtvjams. Its all about mostly negativity so people would continue to go in a negative way. I believe my music will and has helped family and friends. I keep messages and lessons in my music especially for my kids to learn from just in case I don't live to see them grown. My music will help them grow and learn about their father's mission.


R. If Skillz Sold, is the title of the upcoming album. what can your audience expect to hear? musically and lyrically have you taken on a different approach compared to your last album?
MDB. They can expect me to show examples of plenty skills in song writing and deliveries. I rap circles around most rappers, So they can expect to hear content that they can be proud to purchase and download. Musically its different from my last album because I let more soulful beats come into play therefore lyrically I let them more inside of my personal life. The best artist have have fans that fell like they are family. Which is my goal. Same approach which is to be better with every verse.

R. Surfing in the Air talks about what?
MDB. This a fun song that I wrote while smoking, its about the weed I smoke being better than anything else and hard to explain I go into explaining it on the verses. This song is also first of the singles because I'm still riding high off mixtape artist of the year nomination from southern entertainment awards. The Marleyson 3 tape helped me get it and its filled with songs like this. basically used a winning formula when it comes to content.

R. Dead or alive, who would be your dream collaboration?
MDB. Moss Da Beast and Michael Jackson would be my dream collab. They took that way from me unfortunately so I would settle for Jay Z.

Surfing in the Air is out now and available Here 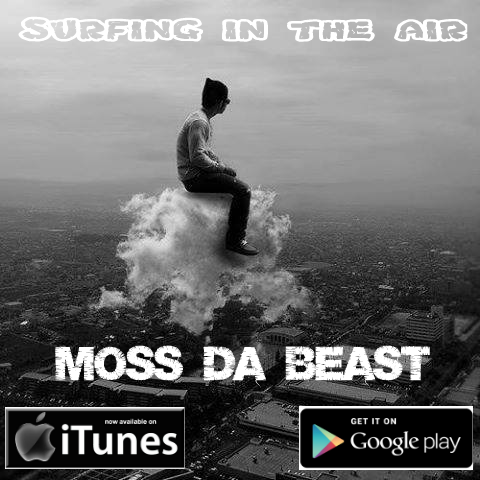