Review: I have known Victoria Blythe for a number of years, but mostly in the context of her band, Calaveras, which she and her husband Greg Beattie founded in 1992. A few years have passed since then - Calaveras has released three album, a number of singles and played many, many concerts. Vickie moved in and out of the bio-tech industry. Greg went to Harvard Law school and became a nonprofit lawyer.

But they never stopped playing music and Victoria never stopped singing. Calaveras remained active and vital and kept getting better and better. And so did Victoria, so much so that, at long last, she has released a solo album and it is a stunning compilation of the experience of years since began singing as a child and writing songs as a teen. Victoria's stratospherically-pitched, classically trained voice brings a lightness and urgency to blues, jazz and American music. Every song she touches in Silver Flyer, whether it is hers, Beattie's, a joint effort or a cover, is a soaring flight of shimmering sound. Each song is an iridescent gift, ingeniously arranged by Sam Bevan, lovingly produced by Blythe with John Jacob and presented in exquisite CD package with a whimsical lyric booklet and artwork by Olivia Bythe.

"Silver Flyer" leads off the collection, co-written with husband Greg. Blythe carries you up to touch the sky and then gently circles you down closer to earth, modulating her warm honey voice so you feel and see every note. She was a silver flyer/over a sea of darkness in his heart... Down in a lover's spiral/pulled to the ground by his desire. You don't know whether to cry or just submerge into her voice or both.

And while you are submerged, she heats you to a glowing ether with a smoky jazz take on James Brown's I've Got You (I feel Good) arranged by Bevan and sung by Blythe in way that is reminiscent of Peggy Lee's iconic Fever. Shifting back to original material, Blythe croons an aching tale of weakness and heartbreak, "Blind". Late nights, short trips, phones calls  that quickly end/But a woman goes on lovin what she can't defend sums up the story of mistracked relationships since time began. Husband Beattie's lyrics are supported perfectly by Mike Sult's blues guitar and Art Khu's moving piano. She ends it on a strong note, moving her voice slightly down its register and injecting a weary firmness into the last line, But now I can't see a reason to try forgiving you. 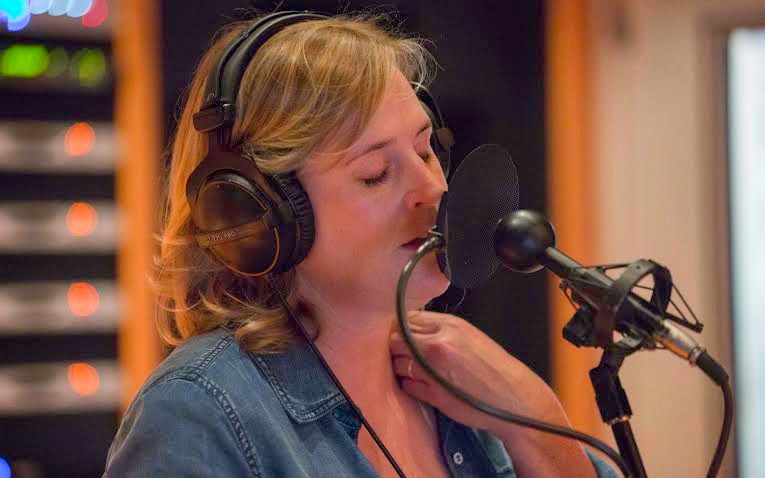 Blythe continues the need-to-be-strong theme in "Good Enough", and then shifts to love and longing in "Dancing with You all By By Myself" and "Coming Home", summoning up phantasmagorias of herself swirling around in her room alone or fighting rush hour traffic to an empty, but comfortable house. As ever, in both songs her voice caresses you while she conjures pointillist images that are so real you can find them in your own memories.

Melancholy moves to loss in the dreamy "The Deep Blue of Midnight" as Blythe steps into an gauzy acoustic painting crated by Walter Strauss's haunting guitar and falls into trance of hope and longing. Streaking stars on indigo/Leave me in a reverie?sleepless, sightless, restless hours. Then she picks up the pace in "Veterans Day", a pop number with tempting hooks, up tempo jazz drums and backup vocals... and very painted lyrics, There's a hole in my heart where the arrow went through/On it's way to another woman?There's a ring on my finger where I have been branded?And stranded with empty hands. They are delivered with Blythe's signature tightly controlled voice that just skates at the limit of her highs, but never crosses it.

Blythe and her arranger Bevan deliberately spread this album over blues, jazz, pop and a trace of folk to show off the range not only of her vice, but of her emotional delivery. from the late-night, empty jazz-cub ambience's of "Feel You in My Bones" to the ethereal high pitched dreaminess of "The Depp", to the down and dirty rhythmic "The Way You Look at Me" Blythe puts her her vocal stamp on each as if it was written precisely for her. That precision is personified in the final song, the shimmering and sophisticated "Waiting for the Sun".

The secret is that each song was written exactly for her voice. Whether the lyrics and bars were fashioned by her husband alone or together with Blythe, each song is crafted unerringly to her pitch, style and emotional range. The result is a collection not so much of songs, but of pictures at an exhibition that flow through your ears into your your mind and then seep into your tear ducts. in Silver Flyer, Victoria Blythe has created a musical Seurat for lovers - past, present, and future - painted with all emotions of love from joy to loss. It soars, glides, and settles softy in your mind and will be there for along, long time.

Silver Flyer is out now and available Here 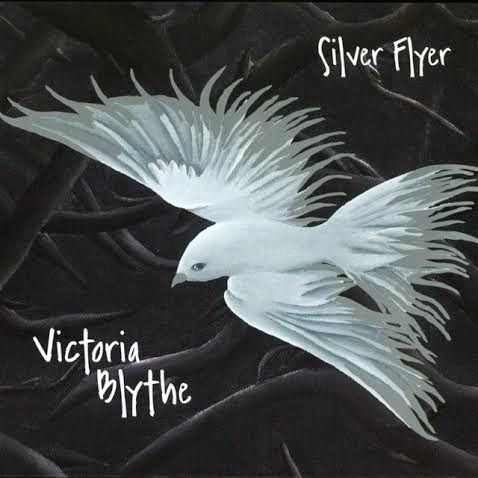