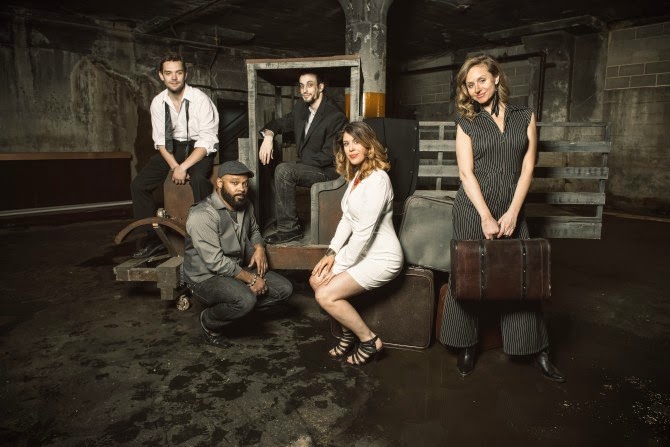 Honey & the 45s’ debut album, The Need, was released in September of 2012.  Five of the tracks off The Need were remixed by Grammy-Award nominated engineer Fred Breitberg and ‘spun’ on over 100 radio stations nationwide.

In 2014, the band took home the award for best Blues/Jazz band at the Chicago Independent Music Awards, and went on to open on the main stage for Cold War Kids at the Rock ‘N’ Roll Marathon in Chicago and Big Data in St. Louis. Honey & the 45s has been featured in print, on commercials, in press conferences and has performed at some of the most prestigious music festivals and venues in Chicago and the Midwest.

Honey’s album, MAD, was released in December of 2014 and has received critical acclaim. We were lucky enough to braved the winter cold and catch up with Kristina Cottone from the windy city of Chicago.

R. Thanks for taking the time to catch up with R360. For the purpose of our audience please introduce yourselves and tell us how the band came about?


KC. Thank you, R360.?I am happy to give an introduction of the band: Honey & the 45s is a Chicago based blues/rock band featuring two female front-women. We're known for our soulful sound, jazzy undertones, and our magnetic live shows.

R. MAD is your current release. Could you share with us the over-all influences that shaped both the making and production of the new album. How different is it from your last?
KC. MAD was (and is) a special project for us. It was important to the band that this new album was top-quality and recorded in great Chicago studio. We launched a Kickstarter to support our efforts and were overwhelmed with the response. We ended up surpassing our Kickstarter goal. The album was recorded at IV Lab Studios and, once we got in the studio, the creativity kept flowing and we ended up going over even our over-funded budget. The sounds on the record are a mix of blues, jazz, rock, soul, and pop. The theme of the album was inspired by the Jack Kerouac "Mad Ones" quote from On The Road:

The only people for me are the mad ones, the ones who are mad to live, mad to talk, mad to be saved, desirous of everything at the same time, the ones who never yawn or say a commonplace thing, but burn, burn, burn like fabulous yellow roman candles exploding like spiders across the stars.

This quote struck a chord with us because as a band, we have been making the effort to stay focused on being a totally original project. We have really been narrowing in on our sound, our goals, our passion and what it means to be an artist, or a 'Mad One.' It’s not an easy path, but it's an exciting and fulfilling one. We do burn, burn, burn to make make music. MAD is a very special record to us. We are proud of it. 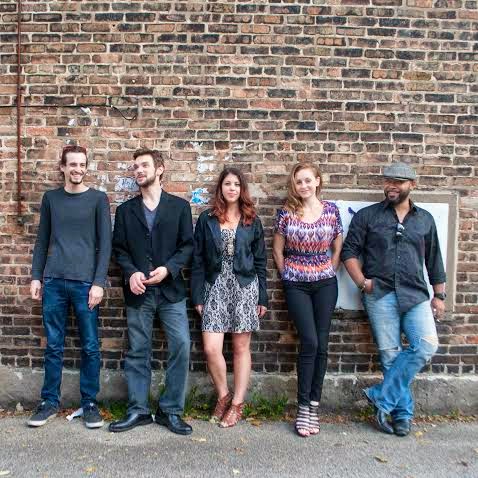 R.How would you describe and rate the music scene of the city you are currently living in and how important is it in terms of what you're actually writing about?
KC. Chicago is a fantastic music city. You can find any kind of music on any night of the week. With roots in Jazz and Blues, the city's music scene has really paid homage to those genres and also expanded way beyond. Does the city's music scene affect what we are writing about? We are a product of our environment, we are surrounded by a lot of music we love, and so yes, I think the vibe of the music in this city plays a part in our sound.

R. What constitutes a good live performance in your opinion? What’s your approach to performing on stage?
KC. What constitutes a good live performance is weather the band itself and the audience are engaged. It doesn't matter if you're playing to two people or to 2,0000. If you "have them," you have them. If you don't, you don't. Perhaps the most important thing musicians can do is be genuine and be alive in the moment. If people get the sense you are "playing at something" they will become disengaged and move on. A good live performance is a genuine performance. We don't spend a lot of time chatting it up with the audience. We want to focus on the music and our chemistry playing together. Being honest and passionate, that's what we strive for.

R.Do you feel it's important that an audience is able to deduct the processes and ideas behind a work purely on the basis of the music? If so, how do you make them transparent?
KC. No. Honestly, I don't think that's important. It's the mood that's important. Mood first. Sure, I think some people care about the process, but mostly people want to know "does it move me?" Maybe even literally dancing! If a fan or audience is going to connect with you, it's going to be the whole package. The vibe. The honesty. The groove. Plus, it's no fun if everyone knows all your secrets. Where's the magic in that?

R. What are your up-to-date performance plans? tours? or festivals for 2015 and beyond?
KC. We have a lot of plans! We are currently booking summer touring in support of our new album. We have a lot of Midwest mini-tours in the works (Bloomington, Springfield, St. Louis. Milwaukee, Madison). We hope to have a longer tour to the east coast this summer as well. We keep our website up-to-date with our shows as we lock them in.

We also have a licensing/sync deal in the works and we are hoping for the best with that. Our biggest goal is to support our album and songs in the best way that we can. We want our music heard.


R. The future of music will become...
KC. Influenced with the good stuff from past; everything good comes back around (or does a 360) ;).

MAD is out now and available for download HERE 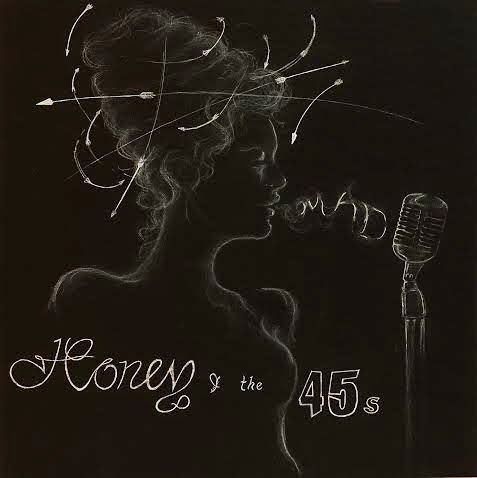