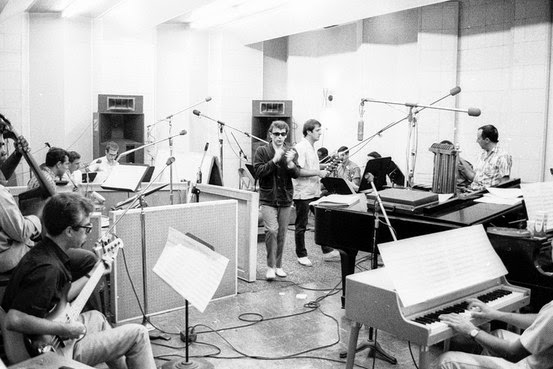 Eighteen years in the making, The Wrecking Crew features interviews with the band members, stars like Cher and Nancy Sinatra (whose hit “These Boots Were Made for Walking” was given its punchy baseline by Wrecking Crew bass player Carole Kaye) and Brian Wilson of the Beach Boys, plus music, music, music.  Watching  The Wrecking Crew is like listening to the soundtrack of America. 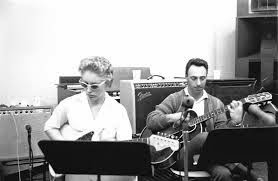 Few music fans realized that the people playing on the 45’s they bought (or their parents bought)  were often not the bands shown on the cover.  The Wrecking Crew were known to LA and New York and Nashville producers as being able to play anything – just show them the music – and make it sound like a hit.  Six years in a row in the 1960s and early 1970s, the Grammy for “Record of the Year” went to Wrecking Crew recordings.  More often than not during those years, as many as half of the top ten records of the year were recorded by the Wrecking Crew – and no one knew their names. And the film shows how they did it - often cutting three or four or five songs  - and sometimes an entire album – in a day, running from studio to studio laying down tracks live on tape from early morning to after midnight. 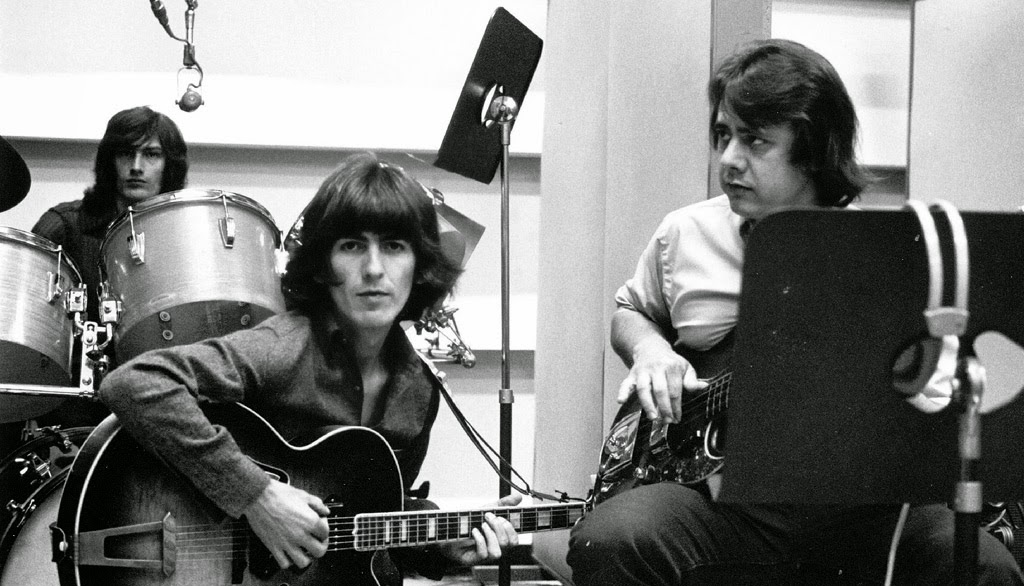 This remarkable film brings together archival footage, personal interviews with bands and producers done over several years, a round table discussion with the four key band members and many, many loving scenes with the legendary and irascible Tommy Tedesco to tell the story of the music form that came to dominate the world. The favorite songs of a generation are all here, presented by the people who made them, with the back stories like the admission by the Beatles producer that Sgt. Pepper’s Lonely Hearts Club Band was an attempt to better the music produced by the Wrecking Crew session musicians.

Whether it was the backbeat, the baseline, the melody or the entire musical recording save for the vocals, the Wrecking Crew players created many of the #1 hits of the 1960s.  It didn’t matter if it was Nat “King” Cole, Frank Sinatra, Nancy Sinatra, The Monkees, The Byrds or The Beach Boys, they brought the flair and musicianship that made the American “west coast sound”  and later just “rock”, a dominant cultural force around the world.  And the film captures that magic perfectly, giving us an intimate insight into the session musicians themselves, producers like Phil Spector, bands like the T-bones (created by the Wrecking Crew), and stars like Cher.

Denny Tedesco has not only given us what may become the most important musical history of our time, but a love letter to his dad, without whom we would not be dancing. The Wrecking Crew will make you laugh, cry and tap your feet; it is without a doubt, the best music documentary I have seen.

The film The Wrecking Crew, directed by his son Denny Tedesco,  is the story of his father and the musicians who brought the nation rock and roll. It opens in Los Angeles, Orange County, New York and other cities on March 13th. 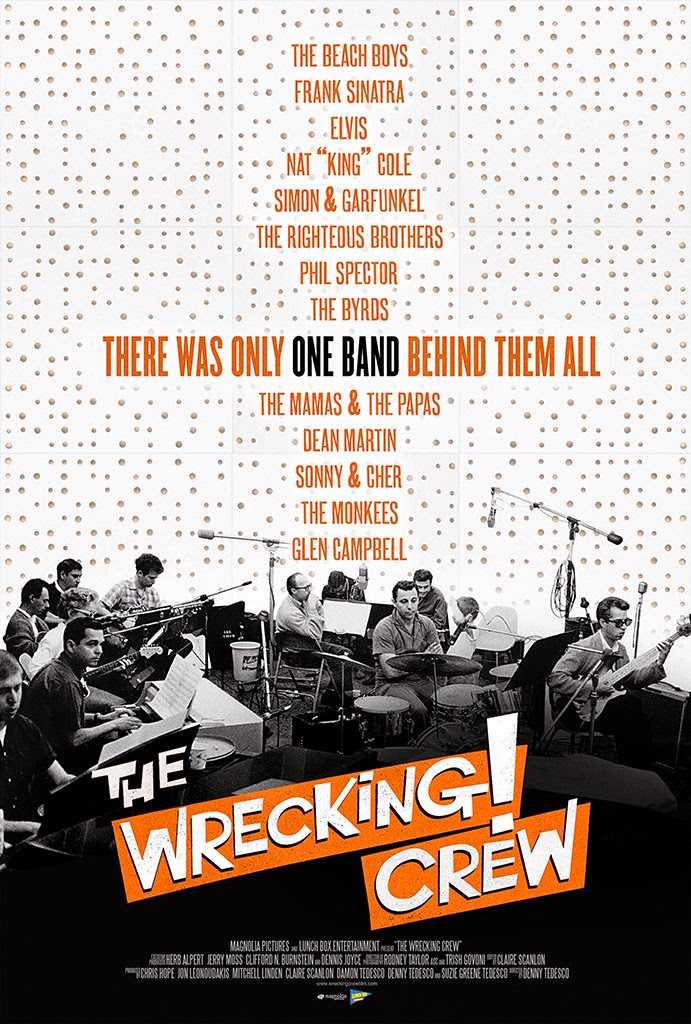