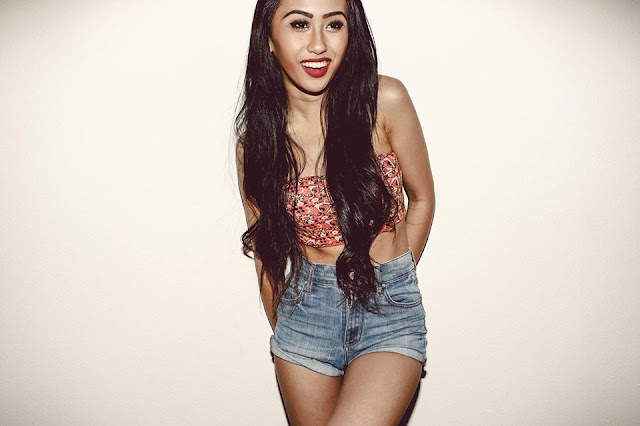 Release: YouTube has been a pathway for success for growing numbers of artists, especially musical artists. New bands and singer/songwriters can build fan bases of thousands without recording a single album or EP or even appearing live anywhere but in their bedrooms. Word of mouth and viral social media do the work of  radio spins and PR agents and magazines. Some artists pursue this option very deliberately, executing a video strategy with planned precision. This is not the case for the YouTube phenomenon, Jessica Domingo.

Singing and performing since she was 12 and playing the piano since she was 4, Seattle-based Domingo posted her versions of cover songs on YouTube because she wanted to share her music with friends and it was fun – a way to do what she loved. She was blown away when her cover of Frank Ocean’s “Thinking About You” pulled in over 2 million YouTube views and other covers pulled in 10’s and 100’s of thousands of views  -- all while she was a sophomore in  high school.  It didn’t take her long to understand that she had something special and to build on it.

The something special is a sultry, sensual voice that she can deliver with a silver lining of joyfulness – really quite extraordinary.  This very, very busy 17-year old has produced two albums and just recently put out an EP, Masterpiece, that shows every bit of the love that she and her producer, the  multi-platinum Grammy award-winner Mikal Blue, spent two years lavishing on it at Revolver Recordings in Los Angeles.

The EP is five exquisite songs whose musical form and emotional diversity range-wide, but are carefully curated to flow seamlessly, held together by a voice that defies comparison.  The title song, “Masterpiece”, seduces you with an interior voice of sultry introspection carried on a fast picked bass and distance clap beats and then rises in pure tones exuding determination and power, emphasized by backing vocals. A masterpiece for sure, but not the only one.

But all is not exultation on Masterpiece, as she slides into the dark, cinematic “Everything Was Not enough”, burdened with more emotional baggage that a 17-year old could possibly carry.  But she does, her voiced  lowered an octave and glowing deep crimson against a gentle guitar and organ tapestry as she sings her frustration with the object of her heartbreak. The chorus is the addictive and the song rides a difficult line between pain and relief few achieve.

A ray of sunshine evaporates the dark tapestry of “Everything Was Not Enough” in the next song, “Music”, a skipping-down-the-sidewalk kind of melody, riding on the rainbows of the first stages of love. The tempo stays upbeat but the emotional index notches up as she moves onto “Last Night”.  Slickly produced and delivered, it follows a comfortable pop format, but does it well by combining Domingo’s hot caramel voice with multiple layers of instruments modulated for effect and moved along briskly by a perfectly played high note touch on the snare drum.

Domingo returns to her first love, the ukulele, to wrap up Masterpiece with “We Could Be Anything” a light-hearted tune sung with a smile and a twinkle while she tells us of our future – anything we want to be. You can indeed be anything when you are 17, talented, lovely and full of determination and stand out songs. Domingo is headed back into the studio along with her tour and I suspect more masterpieces will be the result. 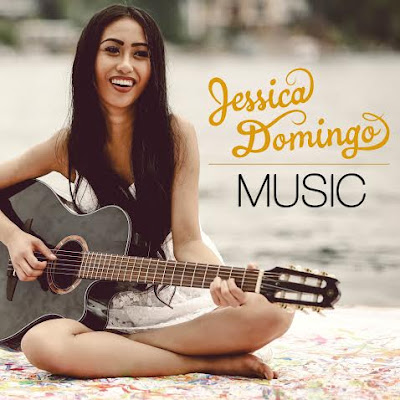