Logan, in a short red leather skirt and bright red sleeveless top – but without her signature fire-engine red platform heels -  opened the show with the Gershwin standard, Fascinatin’ Rhythm, accompanying herself on the trombone between verses and picking up the tempo halfway through with her trademark rapid  “jazz talk” lyrics.   After welcoming the audience and chatting she moved into  Bad Blood, from her Postmodern Jukebox video which is now pushing 750,000 downloads. Again bringing in the trombone, Logan made this Taylor Swift remake of Ella’s song her very own.

The pace picked up with No Girl, Logan’s trained-clear voice deepened slightly and enlarged by a backup singer, demonstrating the audience-pleasing arrangement lessons she learned on Season 8 of  American Idol. Moving into Starting to Believe, Logan unleashed the heartbreak,  filling the room with high-register emotion and deep need lyrics.  Here, she stepped out beyond past albums, beyond her previous performances and created a stronger, more passionate voice than I have heard before.  Especially memorable was Logan’s ability to turn up that passion while turning down the volume, like a red dwarf star collapsing into a black hole that is barely visible but can pull in the light from the galaxy. She brought the same power to bear later in the evening in Don’t Wanna Tell Nobody and especially in Impossible.

But the evening was not all passion and heartbreak.  She knew her fans would not let her off the stage without her very funny musical trip across the country in Route 66 (also a favorite with the audience watching the show around the world on Periscope), the audience clap-engaged Bills, along with her wrap up  song, a mashup of “My Boyfriend’s Back and Gossip, memorialized in her live video from the Republic of Pie.

The loud demand for  an encore resulted in a second Logan entrance to wild cheers and a  breathtaking performance of Wee Small Hours.  For 16 songs, trombone solos, joke, patter, clapping, audience leading and nonstop fun, Aubrey Logan showed that she is a superb musician, a killer performer and unquestionably LA’s Queen of  Sass, Jazz, and heartbreak. 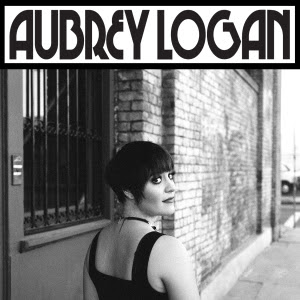