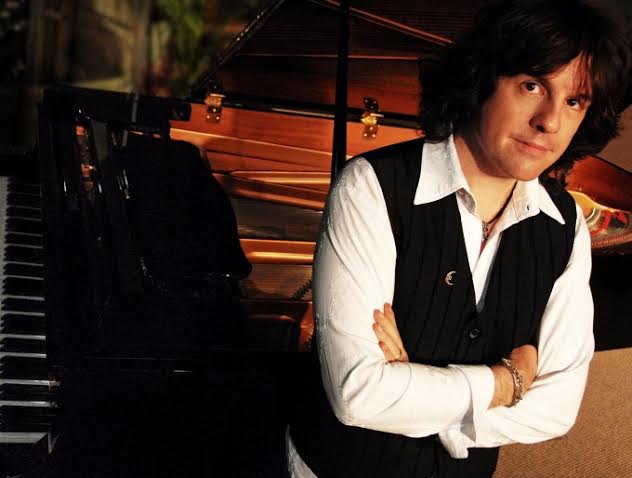 
While touring with John Fogerty’s band and his own, a star keyboard player releases his eighth album

(Los Angeles) Bob Malone is a perpetual motion machine. He does an average of 100 solo shows a year, he tours and records with John Fogerty, he provides music to TV shows like Dr. Phil and Rachael Ray, he’s been on TV himself with the Fogerty band, he has shared stages with legends like Bruce Springsteen,  Jimmy Buffett, Rickie Lee Jones. He has recorded 7 albums and recently released his eighth, Mojo Deluxe, he is on tour now and he starts another European tour in two weeks. Whew!  But in the midst of this madness he found time to take a break and sit still for an interview before heading off to Katy Texas for his third Lone Star gig in four days.

R360. Bob, before we get too far afield let’s talk about the new album, Mojo Deluxe. You released it first in the UK and now it’s available on your website worldwide.
Malone. We released an EP in the UK last year, which is basically half of this record.  It’s now available everywhere – iTunes, streaming, Amazon, however, you like.

R360. At 13 songs, this is a serious endeavor. Was this year in the making?
Malone. I guess a couple of years.  We finished it last year. We were mixing it and we got behind for the UK tour, so we released the EP.  Basically, we wrapped it at the end of last year and gave it some time before release so there was a nice long ramp for promotion.

R360. One of the songs on the new album is mesmerizing, “Toxic Love”. I love that beat and the way your piano is so subtle at first – adds little flashes of gold to the guitar and bass and then cranks on…was the timing hard to get right on that, when to weave in with the guitar and when crank the keys?
Malone. No, not at all -- we were just playing.  Mike Baird plays drums on that his groove was just so magic that  it all really fell into place. We got it in a couple of takes.

R360. You wrote that with Bob Demarco?
Malone. Yes.  I pretty much tried the song and it was different – it was this kind of jazzy thing with the same lyrics.  He said that the music did not match up to the lyrics, that the lyrics were dark and the music was not dark, so we sat down and changed it into what it is now. 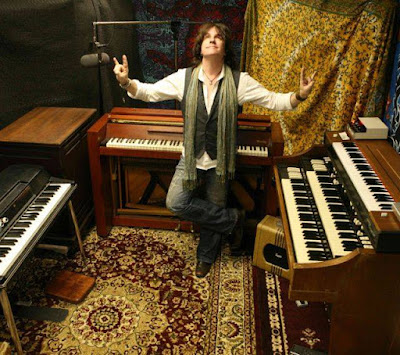 R360. As dark as the lyrics are they are kind of current. I ain’t got politics/I ain’t got porn/If life’s just dying slow/Then I’ve been reborn/Cuz I got you, yeah I got you.  What was the inspiration for those lines and for the whole song?
Malone. It was basically a song about how you can turn anything into addiction –  anything bad for you can be turned into an addiction, including a person…it’s a list of all the ways you can self –destruct if you have those kind of tendencies, which I do...

R360. Don’t we all. Your publishing company is called “Born to Late Music”.  Is that an inside joke.
Malone. Yes, it’s kind of an inside joke. It seems like everything I love happened before I was born, all my favorite artists – not all of them, but a lot of them.  Kind of a kind of inside joke. Two records ago  I did an album called was “Born Too Late”.  And when I switched to a new performing rights organization I had to change the name of my publishing company so that was it.

R360. Your song “I’m Not Fine” to me kind of sums up the way many of us relate to each other – feigned concern, a polite lack of care – the social grease that lubricates society in many ways. But there are lyrics in there that ask an interesting question: You can stick with your illusions/Or I can tell you everything/I’m not fine, thanks for asking.  Anyone who tours and produces as much as you do encounters thousands of people every year, many of whom you don’t know and  yet depend on to make things happen for you. are you and them better off with illusions – that you can’t really tell them everything?
Malone. Yeah… most people don’t really want to know me, which is fine.  They just like the work that I do. The people who truly know me know I’m a handful. Plus I can’t open myself up to anyone.  It’s exhausting. I am an introvert.  I know people who can interact with hundreds of people and never tire of it. I can’t do that.  I love people and I certainly appreciate my fans.  I can only talk to people for so long before I am exhausted.  And when people see you on stage it looks glamorous, but it isn’t. I would never complain about it – it’s a great job, but it is nothing like what people think it is. This applies to everyone- we are all surrounded by people with misconceptions and it's ok – it makes everything go easier. 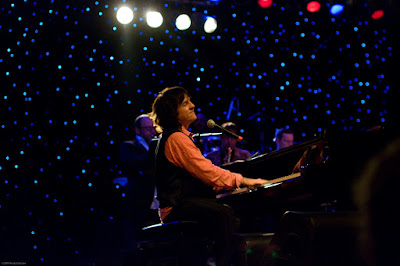 R360. You have been touring and playing for 20 years at a blistering pace.  Where does the energy come from?
Malone.  I don’t know.  It’s just my job.  I don’t know anything else.  I think the most important thing is to try and pace yourself. This year has been extra busy since the Fogerty gig came along five years ago because I do my tour and his tour, so it is one thing after another – which is great, it’s good to be working.  I have always tried to have some balance. If you can go home for a second and recharge my batteries. Having a normal like for a week or month it makes it a lot easier to do this – then you have the energy.  You lose the energy when you never get to go home.

R360.  I love the song on this album, “Paris”. I think that  it shows that your voice is as good as ever. Second, the lyrics really hit home, really create images and emotions.
The dark crooked alleys and Parisian cobblestones/
Don’t hold much charm for the man who walks alone/
I just can’t wait to hang up my traveling shoes.
Is that really true?
Malone. It was true at the moment. Whenever I am away, I can’t wait to be home and when I am home, I look forward to leaving again. It’s human nature. The whole thing was about missing my wife who usually comes to Paris with me but didn’t that time. The song came out of that; it is very romantic. When you are there by yourself, it is totally different. Paris just sits there  kind of pointing out to you that you are alone.

R360. I read about an incident in your life best described as the People's Democratic Republic of Iguanaland and your introduction to LA. Could you tell  our audience that story and how it has impacted your career?
Malone. You know too much!  The Iguana Café was this wonderful place in LA that is closed now. I think it closed in 94.  I move to LA in ’91 – I had just moved from the East Coast to LA  and I knew very few people in LA and I had no gigs.  I stumbled on this place and I remember walking in and it was an open mic night. Open mic nights to me were times when people who were marginally talented  got up and sang. It was nothing like that.  Everybody who got up was super talented. It was a scene! There with all these great performers.  So I got up to sing and everyone was really cool and I wasn’t.  I played the first decent song I had every written, not knowing if I had any validity doing this,  and everyone really dug it.  That place was a very encouraging place for me.

R360. Why did you decide to settle in LA?
Malone. Because it was warm.  Another New England winter was coming and I was either going to go to New York or go to this magical place called LA. The drummer in my band’s girlfriend and my best friend were in LA.  My drummer was going to go but didn’t. I did. And here I am.

R360. We are so glad you did. Your song “Don’t Threaten Me (with a good time)” sounds like you are signing about Los Angeles.  Before we get lost in that  thought, let me say thank you for spending the time with us today.
Malone.  It does! Thank you. It was fun. 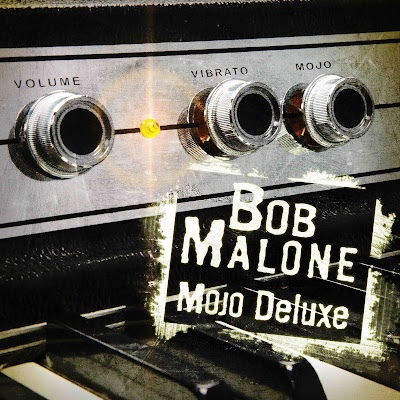