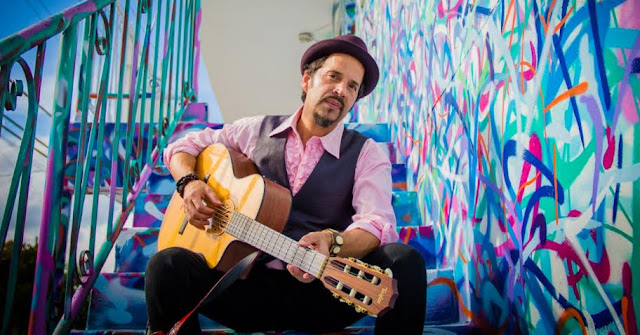 Review: American Latin Music (ALM) is the fusion sound created over the past two decades mostly in California by Latinos who were raised in the US as children, spoke Spanish at home and listened to cumbia, and ranchero and other music from Central and South America but spoke English at school and listened to rock/ rap/blues/pop and are now mixing them all up in a new genre.

But another kind of ALM evolved in New York and Miami, one that added the distinct music of Cuba to the mix.  A pioneer of that revolution is Elsten Fulano Torres, who was brought to New York at the age of 2, surrounded by Cuban music at home but followed Elvis and rock in high school. Fortunately, he later absorbed the music of his native Cuba in his twenties and set out on a career to make a new contemporary music mix. That career now includes six albums, two Grammy nominations, a #1 song on Billboard and songwriting credits with Ricky Martin and Oscar D’Leon and other superstars who have recorded his new music. In his latest album, Éxitos Acústicos, Torres brings you five songs made famous by artists ranging from Julio Iglesias, Jr. to David Bisbal, but done his way, plus an original song, recorded in Spanish and Portuguese that chronicle the changes in life and music.

Torres assembled the album with his Grammy-winning producer Rodolfo Castillo to try and recreate the hits recorded by international Latin stars in an organic acoustic way to give them the feel and emotion that energized their creation.  In this way, Torres and Castillo  hoped that these songs will be rediscovered and re-embraced as widely and joyfully as they were when they were originally released. Torres and Castillo need not worry on that score; if anything, Torres’s  hits, stripped of the superstar production and presented in a simple, authentic Latin style, feel like part of the family. They settle into your conscious, your blood, and your life regardless of what language you speak or country you sprang from.  They are comfortable friends, a joy to meet and welcome into your home and play over and over again. 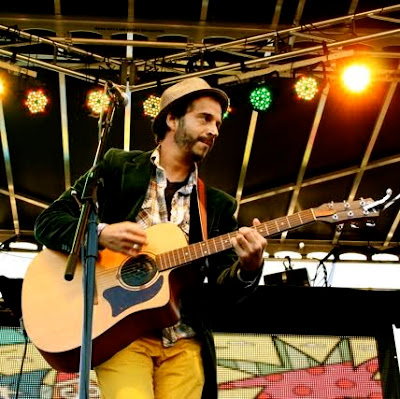 Éxitos Acústicos, opens with “Caramelo”, originally recorded by multiple Grammy-winner, Alejandra Guzmán, known as “La Reina del Rock” for 16 rock albums  reaching 10 million sales.  Where Guzmán recorded and performed “Caramelo” in her hard rock style with female backup vocals and hard driving drums and guitars, Torres brings his song to life with jazz-like Cuban brush drum beats, rhythm guitar and what sounds like a vibraphone or xylophone. His smooth voice moves your body along with the verses while bringing just the right amount of angst to the chorus, Caramelo, tengo el major, Caramelo cualquier sabor.  If there were not more songs to go, you would just put this one on repeat and bounce sweetly through the rest of your day.

But there are more, starting with ‘Los Demás”, originally recorded by Julio Iglesias, Jr. and uploaded as a video in 2009 with a steady snare beat and electric guitar down strokes. Torres brings a softer rhythm guitar and subdued  Cuban jazz drums while loading emotions into the song with a voice so infused with concern that it tightens the muscles in your stomach. Again, hit replay.

“Por Una Mujer” is Torres’ musical ode to the powerful women who shaped his life – and all of our lives – especially his strong-willed mother. Originally recorded in 2009 by Latin Grammy-winning Puerto Rican singer/actor  Luis Fonzi with an all-girl band as a pop-rock dance tune, Torres gives it a happy lilt. It feels like a memory of skipping on the beach with your partner, singing her praises as the joy of the relationship starts a day of sunshine and love. He sings in Spanish, You transform life…and breathe, breathe…the new perfume every day/everything is gone, everything is forgotten, old wounds by a woman, and we all smile and agree… and wish we were there.

“Si Aun Te Quieres Quedar”, released  by the Latin Grammy-winning Spaniard David Bisbal as a gentle- to-soaring rock/ballad sung with Cuca Roseta,  “If You Want To Stay”  in Torres’ deft hands gives it a comfortable feel, almost resigned to whatever the answer is, but with an aching need burning in the lines,  just hold me please/do not leave me with the pain.

“Todo el Año”, fifth song on the album,  written for Obie Bermudez in 2004,  is the essence of Latin heartbreak  and Torres’ stripped down version lets you feel not only the sadness of this song, but the sadness that lurks in the heart of every Latin man as he contemplates a year without love.  Of all the songs on the album, “Todo el Año” gives Gringos like me the best look into the fire and embers of the Latin heart. 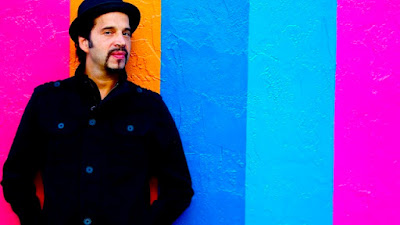 “Celos”, written in 2003 and a finalist at the Benidorm International Song Festival, sounds almost Mexican with an accordion, jazz brush drum and melodic progression.  Like other songs in the album, although the subject is dark – jealousy, the delivery is comfortable and feels like an old friend.  Or maybe that is just what jealousy is...

The final three songs are the album’s highlight. “La Vida Cambia – “Life Changes” is a new original song by Torres, presented in Spanish and Portuguese. Torres uses a bossa nova-like sound for the first two versions, then ends the album with a rendition in a rock solid Cuban conga beat. Regardless of the language or the beat, the message is the same – one that pervades all of Torres’ songs, even the heartbreakers:  You have to enjoy, you have to laugh/You have to, You have to cry…Live the present and forget what was.

Good advice for anyone caught in our swiftly changing lives.  The best antidote to the vagaries of modern existence may just be putting Éxitos Acústicos at the top of your playlist, set it for “replay” and absorb the philosophy of Elsten Torres. I guarantee you will feel better. 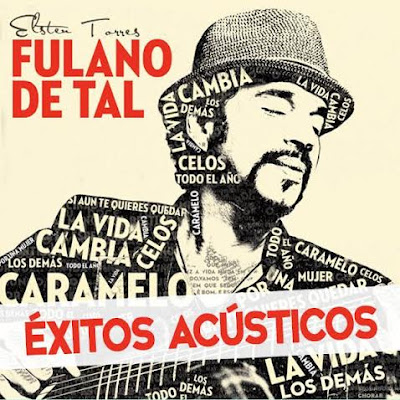