Anderson’s unique sound is a direct creation of the combination of growing up in a conservative environment with years of church singing and roots music education contradicting the grunge and punk elements of growing up in liberal Washington. You can hear this in her music, soulful vocals and well-crafted storylines with elements of chaotic rock n' roll and garage rock at its best.

Anderson’s credits her time at Calarts as a major influence on her music. It was two years of wild art school experiences, meeting amazing people, and being a barefoot hippie in the mountains writing songs, she recalls.

Then a stint in the mountain town of Huaraz, Peru where, with all her money stolen, she spent hours a day busking in the plaza until she made enough money to get a ticket home. “It was then and there that I realized I was put on this earth to make music,” Anderson says. “Alone in Peru, I was able to make it out just through music . . . I knew I had to come back to the States and pursue music full-heartedly.” 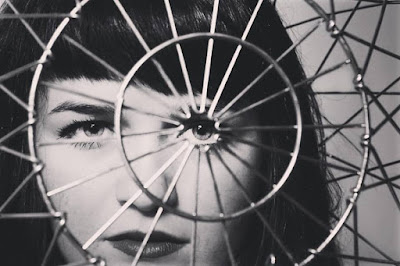 So she did. She went back to LA to finish school and record “Righteous Girl.” The EP was produced by Anderson and Theo Karon and recorded mostly at Kingsize Soundlabs in Eagle Rock. (Karon has recently worked with Mavis Staples, Angel Olsen, Foxygen, and Pillars & Tongues.)

“(The EP) directly reflects things I have experienced and feel,” she reflects. “Freedom and honesty is so important but I feel like too many things are written where the writer doesn’t REALLY mean them. I mean everything I write, and If I can’t look at myself in the mirror and speak those words, I will scrap the lyric.” As Anderson further explains, it’s a record about hardship, heartbreak, and religion.