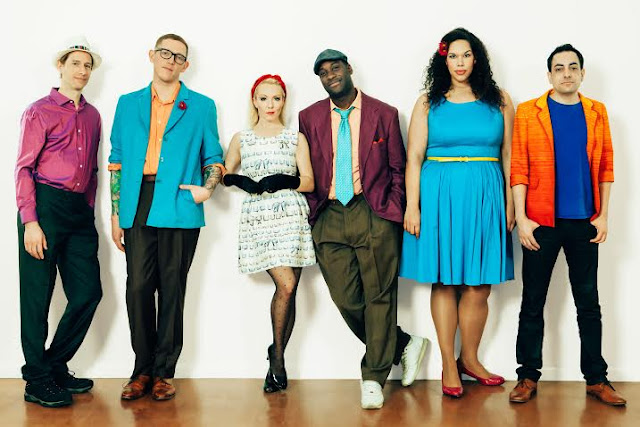 (Chicago) Fire Hot Opera, who draw heavily on doo-wop, Brill Building pop and Broadway soul, have released their debut LP, Test Market Fresh. The album, which is available on limited edition vinyl, is meant to be listened to as a continuous piece of music (no song breaks). although there are two listening options at Bandcamp: no song breaks. Musician and composer Kevan Eftekhari (formerly the band leader and principal songwriter in the new wave trio Robot Lounge) launched Fire Hot Opera in 2014 and, after playing a handful of shows, solidified the current line-up in 2015.

Fire Hot Opera, who are already back in the studio working on new music, celebrated the release of Test Market Fresh with a show at Beat Kitchen in Chicago on Friday, April 1, 2016.