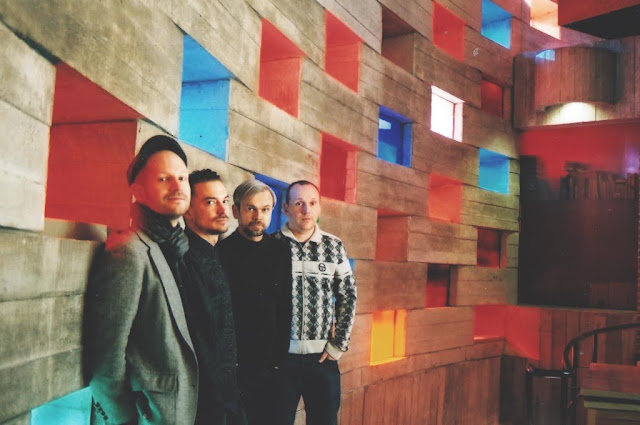 (New York) For a band acutely aware of our own futile existence and gradual demise on this planet, Fujiya & Miyagi sure know how to take that desolation and dance to it. Their second EP, from a series of three, is littered with thematic ruminations on skepticism, privilege, repetition, getting older, human beings’ place and significance in the world, and even the works of JG Ballard. Despite a mild undercurrent of bleakness and higher questioning, this EP finds the group in a very live band mode and, as ever, traversing the lines between disco and rock over the course of four songs.

This EP is a break in the otherwise optimistic views of the trio of releases singer David Best says, “All the other songs on both of the EPs so far are generally based from a positive viewpoint. However, it's inevitable that some frustrations and resentment will seep out somewhere.”

“We are living in an era where the fragility of life is more apparent than ever,” says Best, in reference to the Magazine-like opening track ‘Outstripping (The Speed of Light)’.The tracks deal with advances in technology making people idle and undeserving, “We waste our time watching cookery programs on telly whilst stuffing our face with confectionary that our generation has convinced itself it deserves by doing the most simple of everyday tasks.  We increasingly behave more and more like a dog giving itself a biscuit for the simple art of shitting.” 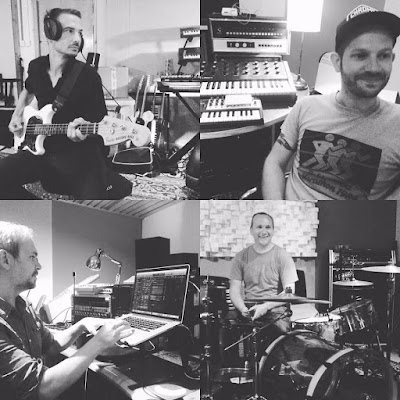 The funk strut of ‘R.S.I’ uses the basis of day-to-day repetitions in life as a springboard for a song that whilst locked into a bouncy, disco groove, feels anything but stuck in a rut. Best says of it, “At its core, it is talking about the repetitive nature of existence and suggesting life might be more fruitful if we broke out of these self-imposed restrictions.”

‘Swoon’ is inspired by the short story collection Vermillion Sands by JG Ballard. “Vermilion Sands was a fictitious holiday resort involving, amongst other things, buildings that reflect the inhabitant's moods, singing sculptures, automated poetry machines, and light-sensitive paintings.” The track is a slow, bubbling groove that has an air of New Order floating around its sparse, echo-laden drums, chugging bassline and gently flickering electronics.

The EP’s final track ‘Extended Dance Mix’ is a track that revels in the sort of honesty that can only come with age, with a comfort in being oneself, something based seemingly in equal amounts of contentedness and insecurity. “Lyrically I have tried to say exactly how I feel as I see it with the minimum of camouflage.” Best says, adding, “The song describes acid indigestion, posh indie drivel, the trajectory of the F&M’s existence, weight gain, working from home, Columbo, potential arthritic pain in the lower body, the rise of social media, the deterioration of musical formats and a general contempt for the vacuity of modern life and its self-elected cultural commentators. “ It’s a spoken word narrative atop of a cosmic disco beat that floats into otherworldly sci-fi territory at times before returning to earth with a bang, hitting the dance floor at, full stride.These collected four songs leave the path to EP3 being one that is likely to be as vast as it is unpredictable.