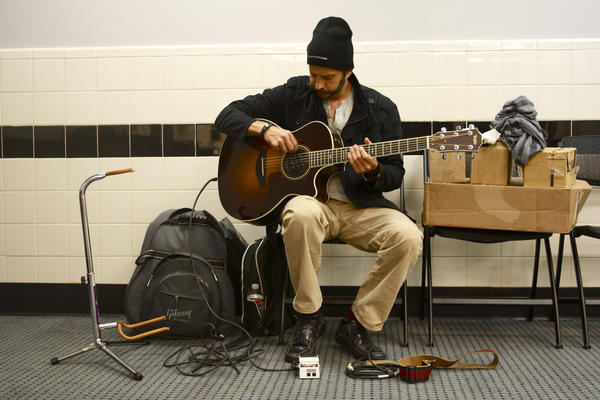 (Los Angeles) I cannot get enough of the Los Damn Ramblers’ just released album, Vámonos Vámonos, and  not only because I am a rock and roller of a certain age.  This music is in the blood of everyone who has ever dropped a needle, ripped a cut or streamed a song.  It is embedded in our musical neural pathways and Los Damn Ramblers found the nerve.

According to legend, the album was born one night when two Latin-American musician friends were hanging out at a local joint sharing beers and laughs, got up and played a couple of Elvis, Cash, and Beatles tunes and then decided to do it again… and again and again for a couple of years.  It didn’t hurt that the two guys were the double-Latin Grammy nominated singer-songwriter Elston Torres (aka Fulano de Tal) and Grammy Award-winning songwriter/ producer Carlos ‘El Loco’ Bedoya. 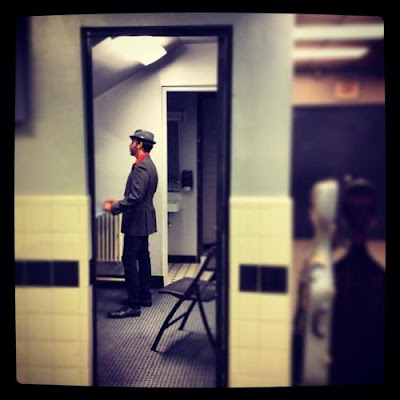 The two of them added some friends  to the rolling musical party and kept playing until they created the best laid-back, rootsy, unpretentious, totally fun rock and roll to come out of my headphones since Spotify started streaming Elvis.

As Torres tells it, "Los Damn Ramblers" are neither a band nor a concept ...it’s really just a group of music industry friends who get together to shake off all the negative stuff that the business throws at us on a daily basis and play songs that take us back to the original reason why we all got into music in the first place.”

And so they created Vámonos Vámonos, which reminds us why we started listening to rock and roll in the first place.  The seven songs on Vámonos Vámonos range from boogie-woogie to country rock to doo-wop driven dance music to gut-bust blues. And the Ramblers do them all with their own flair while staying true to each song’s heritage. 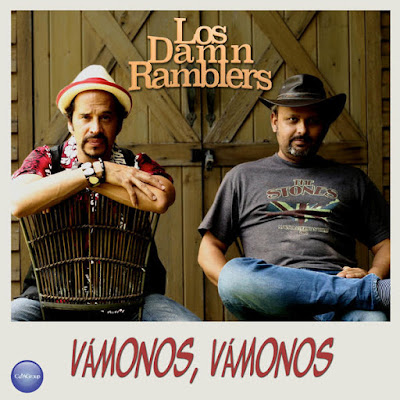 The album kicks off with the title song, Vámonos Vámonos –about meeting a girl in New Mexico.  But it is really just an excuse to get up and dance like the 50’s were back. If you close your eyes you almost see Check Berry duck-walking across the stage  and Jerry Lee Lewis pounding the piano keys while the Rambler’s guitar licks fill the house. The band then shifts gears to old-fashioned country western with a bit of a blues tilt in “I Love You Two” and then they shift again to the  bluesier “Come Out of the Cold” -- the single released prior to the album.

Elston sings on- target 12-bar blues on “Out of the Cold”, but as with all the songs on the album, as familiar as the song feels, there are original touches like the guitar licks and the exaggerated rhythm guitar and  - listen for it – a faint ghostly female voice repeating the chorus in background.

“No me voy de aqui (“I am not leaving here”) continues the country theme, but in Spanish and, if you squint a bit and don’t look for an accordion, it feels like a ranchero barn dance with couples circling the floor at arm’s length. A perfect blend of Latin influence, country rock and a bit of silliness to make you smile even more.

But then the band swings styles again with “This is my heart” (not the Boyz11Men song) and the swirling couples come close together into an R&B slow dance reminiscent of Elvis and your grandparents’ high school gym dance floor.  “Heart” showcases Ramblers’ skill at capturing the fun and feel of the era while recreating it with instrumentation and vocal inflections that are familiar even to the youngest listener.  And getting you to dance together  - but then, that is what Latin music does.

The high point of the album for me – among many high points – is “Boogie Baby Boogie”, similar to, but not a cover of  the Fats Domino’s 1950 hit, “Boogie Woogie Baby”.  The Ramblers do it with a fast tempo, modern electric guitar licks and a contemporary layered arrangement that reaches out of the speakers and grabs you by the throat – as good boogie should.  Closing the album is “She Likes the Pretty Boys”, a guitar-heavy, solid piece of 4/4 mid-tempo joy that puts a perfect period on Vámonos Vámonos , one of the most fun albums I have heard all year.