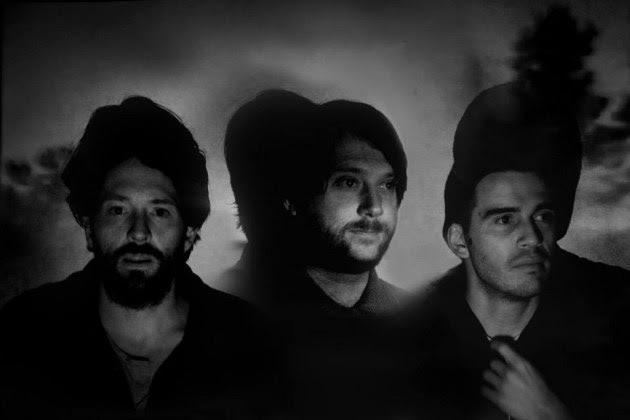 (New York) It seems baffling that a songwriter as adept as Stockholm’s Simon Stålhamre, the gentleman behind Small Feet, only released his debut From Far Enough Away Everything Sounds Like The Ocean last year. Things apparently don’t get finished when one’s interest is always sprinting to the next experiment, and Stålhamre’s stumble towards discovery began around the time he was 15 when he decided to quit school. Though he was – and remains – possessed of a natural intelligence and a gift for music, he was also shuffling a pack of demons that provoked an increasingly reclusive lifestyle. So, instead of attending school, he employed TV as his academic mentor – learning English from the American shows that dominated his small country’s schedules – while, all the time, building up a catalog of songs.

After years of writing songs for himself and keeping tapes stored in a closet in his parents’ home, Stålhamre connected with ex-pat American Jacob Snavely and drummer Christopher Cantillo to form Small Feet.  The band recorded their debut From Far Enough Away Everything Sounds Like The Ocean in a home studio located in one of a cluster of historically protected, 18th century cabins on Södermalm, an island in central Stockholm. Owned by the government, the cabins are leased to artists in a typically Swedish gesture of social democracy, and Stålhamre’s uncle passed his contract on to his musical nephew. Just like his predecessor, Stålhamre calls it Kvastis – a contraction of its original name, Kvastmakartrapan, which refers to the broom makers who once occupied the cabins – and converted the humble building into a recording studio. 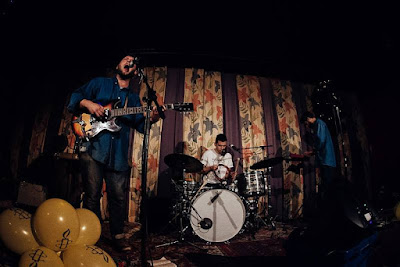 Released in 2015 on Barsuk Records the album received rave reviews and the band toured both Europe and the United States. While working on their follow-up (to be released in early 2017) the band revisited a few unfinished gems from the From Far Enough Away.. sessions to bring us the Dreaming The Dream EP.

Like Jason Molina, Stålhamre has a voice that can swim out of a sinking heart. His emotional subtlety calls upon the dry humor of Bill Callahan, and there’s a buoyancy to his language that floats his warm tenor, while at the same time allowing him to echo Daniel Johnston’s inspired innocence.  Tracks like the opener “Hymn”, which comes in at barely over a minute, show Stålhamre’s ability to state a simple beautiful truth with stunning minimalism.  While “A Winter Coat On Bare Bones” could have very well been a recently discovered Everybody Knows This Is Nowhere outtake.