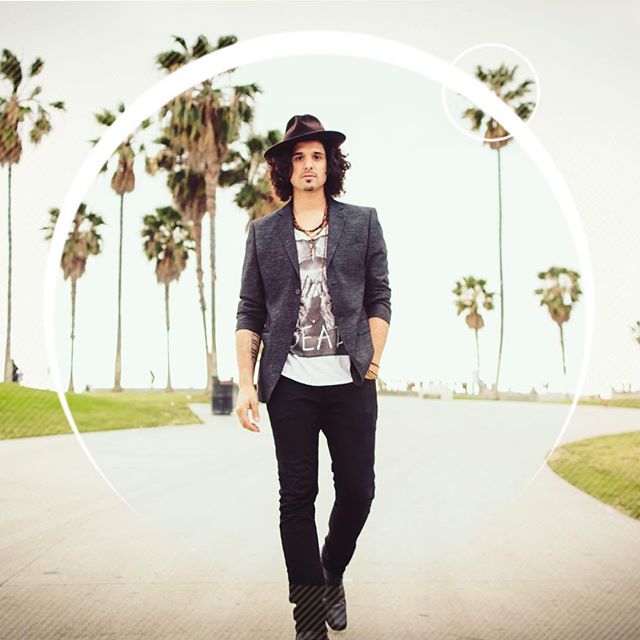 (Beverly Hills) By his own count, Eric Zayne wrote 150 songs last year but released only one.  That is about to change.  This week he let loose the first new song of 2017,  “Lost in Your Fire”, at a single release party held in the Alchemy Castle artist’s residence in Beverly Hills.  Zayne, accompanied by guitarist/cellist Nick Rosen, drummer Sterling Laws, and backup singer Dani Nicole, previewed songs to come as he celebrated the release of the “Lost in Your Fire” single and video. The song to come is “No Church for Me”, an emotionally freighted statement of what it means to be a multinational millennial today.
Born in Canada, Zayne was raised in war-torn Congo until his family had to flee for their lives, sending him as a child alone to Canada.  From there he moved constantly from country to country and school to school but made sense of it by writing songs and playing in multiple bands at 13. He toured Asia with a punk band for his first professional gig, then continued bouncing from country to country and ended up in LA three years ago. The culmination of his geographic and artistic peregrinations was on full display as Zayne, in a bright red fedora, deftly manipulated two keyboards and a grand piano in a half dozen tunes he let out of the vault of his musical mind.  As he road-tested songs for the clapping, finger popping, singing audience of fans and friends he went from heartbreak to joy to seduction to the state of the world. 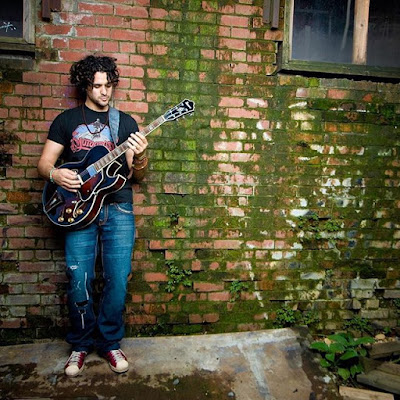 The songs he gave up had us looking for crowbars to pry open the doors for more.  With lyrics like I’m not what you want but I got what you need/be your bandage when your heart bleeds he reminded us that life is not always perfect, but like a traveling troubadour, we can make the best of where and when we are. He continued the theme with “I know I can have it all/with this heart of a dreamer” in “Walk the Line”, his voice pure and electric, touching falsetto, mournful at times, hopeful at others. The handful of still-rough songs of love and love lost he sang were pure distilled emotion tinged with a hopeful world knowledge. If these songs will eventually end up on an album, it will blow the top off the Billboard charts.

As Eric Zayne told us in his introduction to “No Church for Me”, he grew up all over the world and never felt he belonged to anything, but he feels he belongs to everything at the same time….”we can build our own church”, and he does with music that stands out and lasts. And we are lucky he is building it in Los Angeles.