Sitting center stage in front of her familiar electric piano with her partner and accompanist Carolynn Cardoza on bass and ukulele off to one side and Diaz was flanked by guitarist Greg Gillis and drummer Seung Park. She opened with a very personal greeting -  the same warm, approachable shyness her fans love. But it was obvious from the first notes that she was there with a new confidence. She was home with her adoring fans. 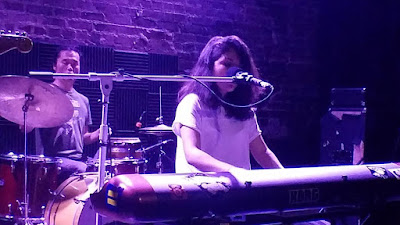 Instead of launching immediately into a fast tempo favorite, as is the custom with many acts to grab an audience’s attention, Diaz quieted the room with the dreamy “Untitled Love Song”. Having mesmerized the audience with her hypnotic voice, she upped the tempo with “You”, bringing in the band – muted in the opening song but now in full measure. Her voice seemed smoother than last year’s live performances if that is possible.  Her range also sounded even wider and the songs deeper and more dimensional.  “Let Me Go”, “Lovers/Friends” and Lost” followed “You”, each with new twists, rhythms, and beats.The result was not only a crowd-pleaser but more commercial than her earlier work, a good thing given that her commercial success has not caught up with her enormous talent, critical acclaim, and legions of dedicated fans.

But most of all, Diaz was having fun – lots of it. Bouncing up and down on the piano bench, flashing her incandescent smile at the audience between verses, kicking back and rocking to guitar solos.  This is the most engaged, most fun loving and most exciting Irene Diaz I have seen in at least a dozen performers. When she finally gave the audience what they desperately wanted, “Crazy Love”, the cheers rang out. 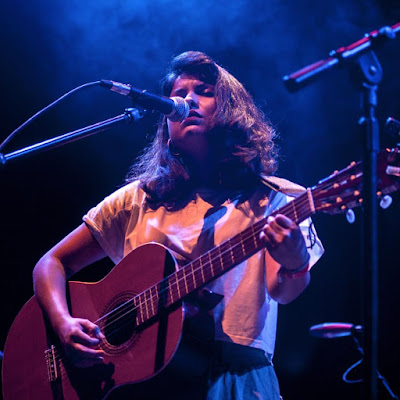 New songs like “Push” and “Ghosting Song” wrapped up the night, each a magical blend of her sophisticated writing, heart-piercing singing and the first class playing of the band.  I assume she was road testing these songs for the forthcoming album that she worked on in Mexico City.  If so, she will have commercial hits on her hands.  But that was not top of mind for her. She was making magic and the crowd wanted more – “otra”.  And she gave it to them, with the ultimate crowd-pleasing love song, “Anything for You”, leading them in song in final chorus.  “Anything” pretty well sums up what her fans will do for her, they love her so much.  If the forthcoming debut full-length album is anything like the concert at the Hi Hat, many, many more people will love her.