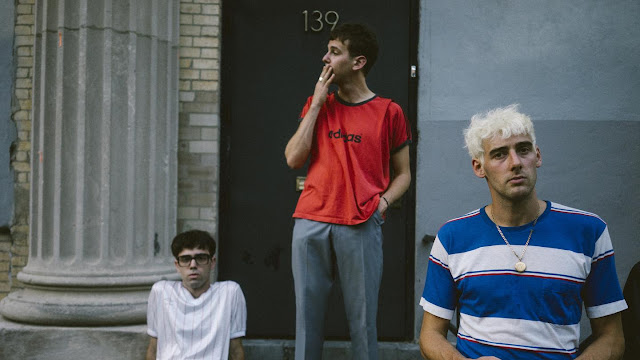 (New York) Today Skaters share the video for their second single "Criminal" on Clash. When discussing the video, guitarist Josh Hubbard states, "All good things come to an end…and some bad things. You always write a song when you come out of a relationship. Our new GF is way poorer than our ex. This video is another online relationship forged. The outcome...Sick Luton-based artist, Cameron West, kills the visual accompaniment for our new tune Criminal. God bless the internet and God bless America." Prior to this single, the band released the track/video for "In Your Head". Their new album 'Rock And Roll Bye Bye LP' was released on Friday, 3/24 on Yonks Records.

SKATERS’ sophomore album has arrived. After parting ways with Warner Brothers Records, SKATERS has reclaimed its independent spirit and are back. Joining forces with independent digital distribution partner Believe Digital in London, Qrates for on-demand, direct-to-consumer vinyl, a devout team of indie publicists and promo, and a collection of music video directors and artists, the Rock and Roll Bye Bye LP is a free-spirited album that embraces the flexibility, inspiration, and motivation possible in today’s music industry. Co-producing the album with Albert DiFiore, the band’s sophomore album is an exciting progression in songwriting, performance, and lyrical statements.