Skip to main content
Posted by Alexandra Juryte May 18, 2017

R360. But, you end the song with some hope, so it is not a cold and stressful:
See life in the right light/ it's a bright ride ain't it baby? one time we were so high/ see the bright side won't you baby?

Shpresa. Yes, totally.  And it is an encouragement. It is always like a dialog between us. When we wrote the song.

Cole. At that time it was me stressing a bit more. A lot of stress input on the song – that bridge line is like her comforting me and trying to understand what I was going through at the time.  We always want there to be a ray of optimism.

Cole. For me personally – and maybe Shpresa too – I see an environment of fogginess and haze and  a lack of clarity -  not negative, but ambiguity.  We like the mystery. We like soundscapes so that each song takes people somewhere. 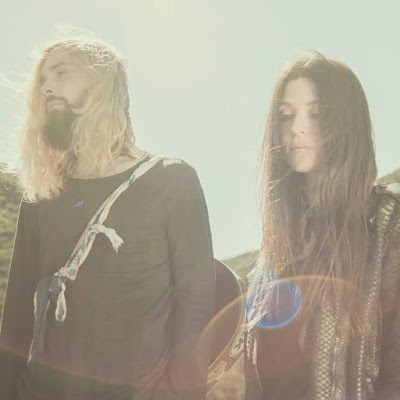 R360. One song that I don’t listen to it on headphones is “You’re Somebody Else. The lines Now you're making me nervous You look like yourself But you're somebody else /Only it ain't on the surface were my first focus.  But on a second listen, the lines that popped out are I saw the part of you that only when you're older /You'll see too, you'll see too. What is the genesis of that song – you are not old enough to see yourself as older, I don’t think.

Cole. The song was sparked by that period of sadness we talked about.  We both wrote it together, but it was actually me talking to myself – I felt like I was not myself; I was projecting my normal self, but I did not feel my normal self.  And  I thought about Shpresa – “the part of you that you see only when you are older”.  I think that sometimes we see things in ourselves and people that  they don’t see – the seed that is going to bloom throughout a person’s life. I see little seeds of a personally -- like in my siblings– you can see seeds in little children. Like I see a child as a grandfather someday…that may be the best part of people but they can’t see it themselves.

R360. Now I understand why you call your music therapy.  This song was used in the sound track for a video by Save the Children in the Love Story Project.  What is the project and how did you get involved?

Cole. We were approached by Save the Children, Mexico to do a campaign about the risk to children online.  It was all volunteer – nobody got paid.  When they told us the idea about the track, we thought “wow !” this is perfect.  I have younger siblings and I have always been concerned about this. So we were overjoyed to be part of it.

Shpresa. Once we saw the video we saw that it works so well. We were contacted by a project manager who was based in Denmark – that is how Save the Children Mexico found us in Stockholm.

R360. I have referred to your music as cold and frozen, even the love songs.  Are they – and if so, why? Does love hurt for you?

Cole. We like to explore the dark side. You tend to write music in the dark moments. It is just interesting.

Shpresa. We are very much in love and it doesn’t hurt. Any relationship has its ups and downs. It just basically describes life.

R360. How do your live performances differ from the recording…do you try to create those soundscapes?

Cole. We usually perform with a band.  We do have a guy who operates things that emulate the recordings, but we adapt to the venue and settings.  We don’t want the live performance to sound just like the recording.

Shpresa. Sometimes we just do the songs acoustic. I like that and we like to show we can do them acoustic. 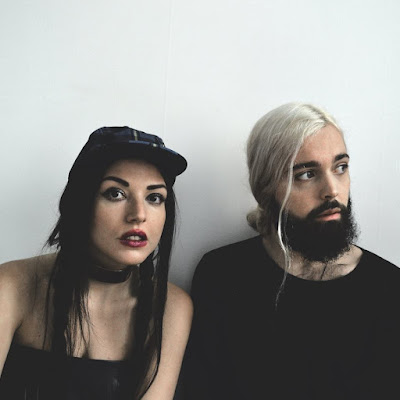 Shpresa. I think about it all the time, actually. Escape the cold.

Cole. Yes, it does cross our mind.

R360. Shpresa, there is a song on the album is titled Mother and Child that showcases the incredible power of your voice.  When did you realize you had that kind of power in your voice.

Shpresa. I have been singing since I was a child but it was about 12 years old when I  used to sing to Whitney Houston.  After that I thought wow – this was something I should do.

R360. So you see yourself singing to your child in the future?

Shpresa. Absolutely!  If I have a child. I will sing to it a lot.

Cole. It will be a very lucky child.