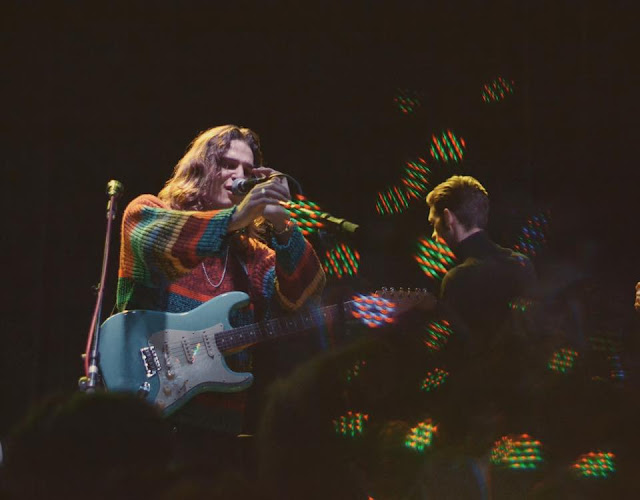 (Release) Kid Bloom is a five-piece psych disco band from Los Angeles, California. Drawing influence from groups like Earth Wind and Fire, the Beatles, the Strokes, Tame Impala, and Phoenix, they released their debut 'A Different State of Mind' EP at the end of 2016 gaining notoriety amongst tastemakers and fans alike. After spending the better part of 2017 honing their craft and refining their sound, they're excited to share a new body of work that will cement them as players in the ongoing indie rock resurgence. Kid Bloom is Lennon Kloser (vocals/guitar,) Jesse Perlman (guitar/vocals/synth,) Alex Canter (live keys,) Blake Morell (live bass,) and Jackson White (live drums/backing vocals). 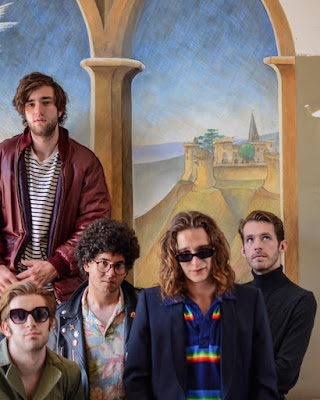 Kid Bloom release their new track "Take My Breath Away". The band's Lennon Kloser explains that they wanted to "evoke a celestial Bee Gees vibe. The instrumentation is quite different from anything we've ever done, lots of synths and string arrangements. Psych disco." The single is the first to be released from their forthcoming album A Long Kiss Goodbye, which is out September 29th.