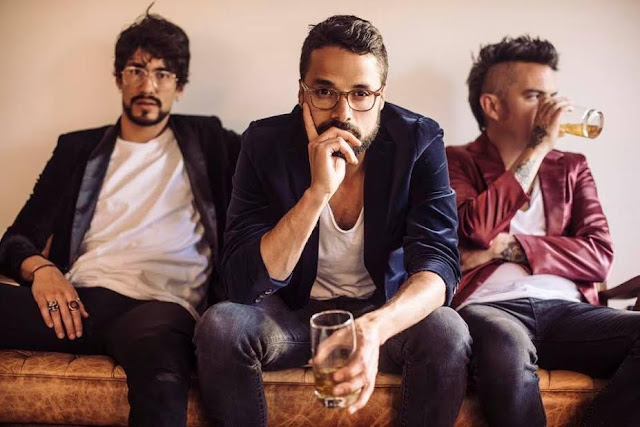 (Los Angeles) Double Latin Grammy winner Diamante Electrico is out today with yet another surprise, an EP/download with four remixes of “Dias Raros”, a song they originally recorded with ZZ Top guitarist Billy F. Gibbons. The remixes feature the Mexican Institute of Sound, Ulises Lozano of  Kinky  Frente Cumbiero and Hotmode vs Andee Zeta. This EP may or may not be a teaser of the band’s next album rumored for release later this year, but if it is, we have a treat coming  Regardless, it is a rare extravagance to see and feel the styles of creative Latin artists working with one of the best rock bands in the scene today.

The original “Dias Raros” was recorded with Billy F. Gibbon for a Diamante Electrico  and available on iTunes and a YouTube Video. The Remixes adds four other versions, each with the distinctive tone of the collaborator but always within the frame of Diamante Electrico’s urgent, psychedelic  melodic rock. The result is an EP with four very different songs, each one a distinct earworm and each one comfortingly familiar.

Diamante Eléctrico is good at – the new and the old encased in vibrating capsule of great rock and roll. This is what the three musicians from Colombia -- vocalist/bassist Juan Galeano, guitarist Daniel Álvarez,  and drummer Andee Zeta -  do so well: channel Led Zeppelin, Green Day and sometimes even Chuck Berry in both English and Spanish.

Which is also why since the band launched in 2013, it has become one of the most important musical groups in the indie music scene in Colombia, and now across the hemisphere. They released their first album, 'Diamante Eléctrico' in 2013 with money from a Kickstarter campaign, the first Colombian band to pull that off. The second single "Nos Rompemos Igual"  from the album reached the # 1 position in the Colombian radio listings. 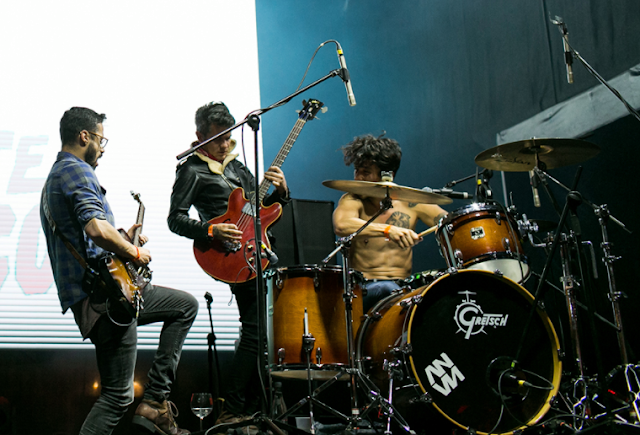 At the end of 2014, the band released their successful second album called 'B, and went on tour in North and South America, sharing stages with The Rolling Stones and the Foo Fighters. They ended up on the Latin Grammy stage in Las Vegas holding a stature for  the Best Rock Album.

In person, the trio are both the essence of the male-bonded, fun-loving gang of guys, and deadly serious super hard working musicians. In my live and radio interviews with them they were early, prepared and squeezing my time into a packed schedule of writing, rehearsing, recording and planning for the next tour stop or industry meeting.  But as soon as they sit down and play music or talk about music, they are totally relaxed. Which is kind of what this EP is – Diamante Electrico being relaxed with other musicians and having fun while creating a very tasty musical surprise. 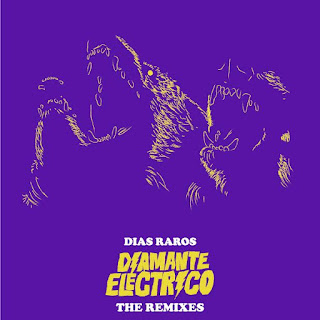