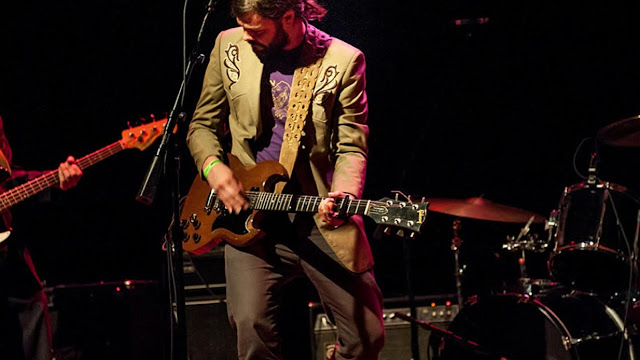 (Release) Umbra & the Volcan Siege was founded in 2006 by Chicago multi-instrumentalist Jim Licka as a way to embrace his "super hero ultra-ego," Umbra. Umbra is surrounded by a siege of musicians who help create a soundscape of genre-bending music. Umbra & the Volcan Siege has released four albums in total. Their debut was entitled The Beginning of the End and was followed by their sophomore release The End of the Beginning. The band’s third album, Someday’s Coming Soon, was released in 2014 and its follow-up, Someone Will Love You But It’s Just Not Me, was dropped on Valentine’s Day, 2018.
Jim Licka, who also plays Mellotron and keyboards in the long-running psychedelic pop outfit The Luck of Eden Hall, runs the Chicago DIY space Volcan Gallery, which hosts shows for local and touring bands, alike. Licka has been profiled by leading rock critic Jim Derogatis and was featured on the site Synthtopia.

Listen & Share: Someone Will Love You But It’s Just Not Me