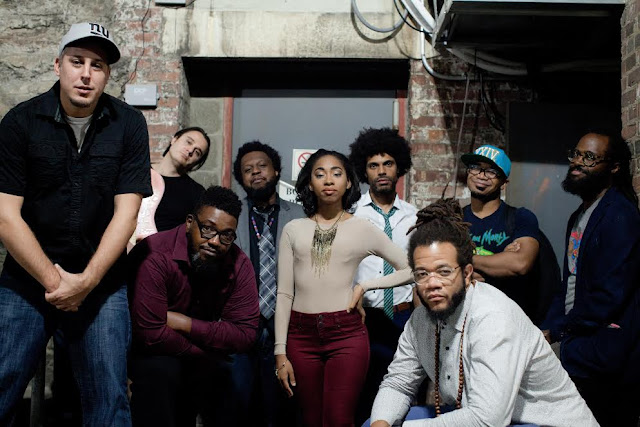 (Release) The latest album from NYC’s Nickel and Dime OPS is a very special project called Resuscitation Music. The album was completely financed by supporters of the band through crowd funding. This enabled the group to record at Big Orange Sheep Studios in Sunset Park, Brooklyn. The studio was chosen because of its ideal layout which features four isolation booths and one main room. This enabled the band to record a studio-quality album in a live setting. The result was magic. Nickel and Dime OPS recorded an unprecedented thirteen new tracks in one day!
The album was produced by MC Nickel Killsmics, who wrote all lyrics. Several special guest vocalists are featured, including two-time Grammy nominee Jean Baylor, Phantom Vanity, Camille Thurman, Milton Suggs, and (Madame Secretary) Victoria Cave. The driving force behind Resuscitation Music was the desire to make really great music and present a powerful hip hop album that could be fun but also have an inspiring message.