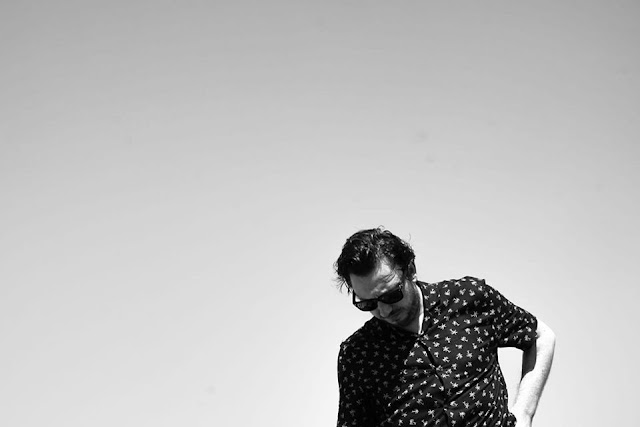 
Of “Our Little World,” County Line Runner says, “‘Our Little World’ is about knowing what matters. It’s a reaction against this obsession to be successful or appear successful and the importance some people put on that.”

Memories live on in songs. By the same token, moments echo inside of notes, melodies, beats, keyboards, and guitar feedback for County Line Runner. The sonic alter ego of singer songwriter Adam Day essentially doubles as a keepsake for its creator. Over a canvas of cinematic production and eloquent instrumentation, he bottles time inside of each song and imparts a piece of himself on every composition.

“The music feels like an extension of me,” he affirms. “It’s natural. This is how I hear memories and emotions I guess.”

As the story goes, Adam found himself at a crossroads when County Line Runner was born. Life took an unexpected—though wholly welcome—turn when his girlfriend became pregnant and he “decided it was time to get a proper job.” It didn’t quite pan out as the couple split soon after his son’s birth. Holed up in a tiny apartment by himself, his course shifted once more.

“I thought I was destined for family life at that time, but I ended up living on my own away from my son,” he sighs. “I had to do something, otherwise I was going to lose my mind missing him every night. So, I started writing.

”Encouraged by a friend, he began sharing his music online. His debut songs “Hard to Find” and “Wide Eyes” quietly caught fire. With over one million combined Spotify streams and endorsements from BBC Music, Clash Magazine, and more, he landed a deal with Alex Da Kid’s KIDinaKORNER in early 2019.  Named after a bank robber from an eighties cop show who robbed banks across county lines, the moniker summarizes his place at a handful of intersections—upbeat energy versus introverted vulnerability, folk sensibilities versus rock ambition, and nostalgia-for-days-gone-by versus hope-for-the-future.