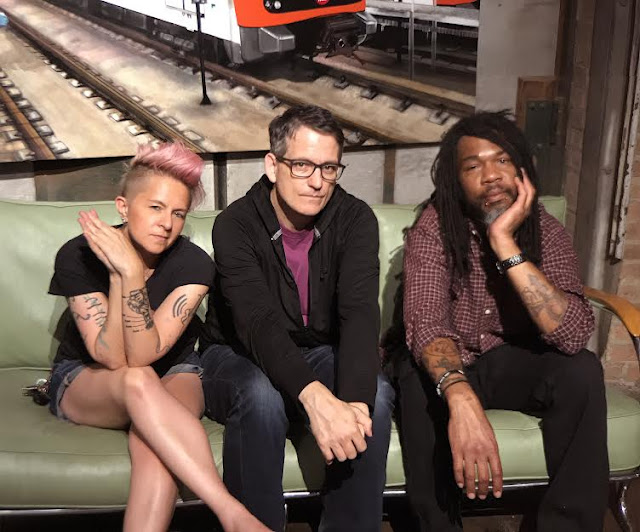 (Release)The Locals have been a part of the Chicago music scene for over a decade and have toured extensively in the States and performed dates in the UK. They have played marquee stages and music fests all over the US including Summerfest (Milwaukee, WI), YouBloom (Los Angeles, CA), Dewey Beach Pop Fest (Dewey Beach, DE), MidPoint Music Fest (Cincinnati, OH), Halsted Market Days (Chicago), Chicago Pride, House of Blues Chicago, Double Door, The Metro and Schuba’s Tavern.


The band’s new album Minutes, Seconds, Degrees was recorded by Steven Gillis at Transient Sound in Chicago and follows the EPs Stereostatic Funicular (2013) and Salt (2010).

The last few years have been marked with personal tragedy for lead singer/songwriter, Yvonne Doll that has taken her out of the music scene. The death of her best friend (killed by a drunk driver) inspires many of the tunes on the new album. Yvonne was also diagnosed with Meniere's Disease, an incurable inner ear disorder that has made it difficult to play music. She has fought her way back through tragedy and health issues and is now very excited to return to the stage and deliver this deeply personal music. The new album, Minutes, Seconds, Degrees chronicles the depths of the human experience, deep sadness, overwhelming love, fear and triumph.