Adventures in secret tunnels, bridges, abandon buildings and space relics of his environment, Martijn de Jong is without a doubt a unique  urban photographer who has managed to explore the most unique and undiscovered places. I met this eccentric dutchman almost 14 years ago when I was living in . We became instant friends and after years of corresponding globally, I caught up with my long time friend from his native home of Medemblik, The Netherlands. Revolution decided to seek out what new works he has and unveil the truth about "Puffing the magic dragon" in


R. Its been sometime since we last spoke, tell me about your latest work?
MDJ. Lately I’ve been very busy visiting several abandoned sites in . Together with good friends and “partners in crime” Gerard and Barry and I went to an old open air theatre in the south of Holland, and about a week ago I went to a city called Almere (close to Amsterdam) to take a look at an unfinished building known as “the castle”. It could have been a beautiful hotel, but they ran out of money and construction came to a halt. Today it’s standing there, empty and forgotten. For me, it was a great opportunity to take plenty of pictures.

R. What is it about the landscape in that makes it so unique compared to other cities you have been in?
MDJ. is pretty unique because it’s not as big as other major cities. If you start walking from the centre of , it doesn’t take long before you leave the city behind you. The surrounding landscape is mostly flat terrain, some of it being agricultural land. There’s also a lot of industry. Some industrial buildings closed down, and were taken over by urban nomads and squatters. In some places you’ll find people living in houses they built themselves, while others live in old buses, trucks and caravans. 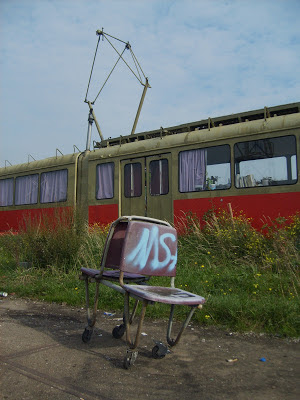 R. You recently sent me a beautiful book, of your collection of works you called it WANDERLAND how did this project come about?
MDJ. For several years I visited different areas in and around . I took many pictures, so I had plenty to choose from! I wanted to show that is more than just the Red Light District, canals and coffeeshops, because that’s the image people have of . It’s okay I guess, but there’s a different side to . I guess I wanted to show that, and maybe I want to encourage people to go wandering around the city and find more unusual places. And not just in …

R. Are you planning any exhibitions in the future?
MDJ. I have some ideas for a new exhibition, but still have to find a suitable location. I also paint and draw, so I would love to combine my artworks with photography. It would be great to create something people don’t expect, to do something different. I like to shake people up a little, to make them think. 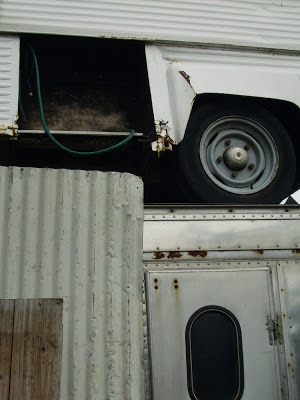 R. Whats happening musically in these days?
MDJ.Amsterdam is very much alive when it comes to music. There are many local bands that are successful, and many foreign artists and bands perform in . I’m not going to concerts as much as I would like, but the latest concert I saw was Tim Robbins and The Rogues Gallery Band
http://www.timrobbins.net/

R.What are you listening to now?
MDJ. I listen to all kinds of music. It could be anything between metal and jazz! Current favourites are Joanna Newsom and Fleet Foxes . I also listen to Adele’s new album, “21”. My favourite Dutch band has been for many years a group called The Gathering. I think they’re also well-known in the Their music, which they once described as “trip-rock”, is very adventurous and inventive.

R.I read not so long ago that the dutch government were considering closing down the notorious smoke cafes, is this true?
MDJ. I’m not sure what’s the situation right now. A couple of years ago, coffeeshops were forced to choose between selling drugs and serving alcohol. They couldn’t do both. Many decided to just sell drugs, so they’re still around. I think we have some good regulations if it comes to drugs, and it seems to work pretty well, so why should we close down the coffeeshops? I don’t think it will happen. 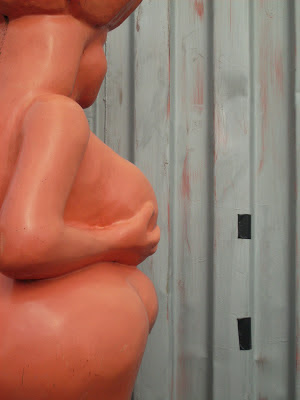 R. Now the folks back home in the USA are curious to know, how close to the truth is puffing the magic dragon in Amsterdam on it's quality?
MDJ. You ask that question to the wrong person! Believe it or not, but I never smoked a joint in my life! I guess I never felt like doing it. Maybe I just didn’t need it. At a friend’s party, I ate a space-cookie once, but didn’t enjoy the effect it had on me. That’s when I decided drugs were not for me! Are you disappointed now?
I know some people who do smoke, some of them even grow their own stuff, and I’ve never heard any complaints about the quality!

R. You wake up one morning and find a gigantic jeannie  standing in your room, he addresses you as Master and asks " what  3 wishes do you have"?
MDJ. Not too long ago I bought a beautiful picturebook by French photographers Yves Marchand and Romain Meffre. They went to Detroit and took amazing pictures of all the abandoned buildings in that city. I want to go there myself, so my first wish would be an airplane ticket to Detroit! Or maybe I should wish for a time-warping device which allows me to visit all the places I want to go to in the world in an instant.
http://www.marchandandmeffre.com/

Gerard said…
Wow, this is an good interview!
good texts and diverent subjects.

And it makes you want to know more.

Also i liked the picters with it.