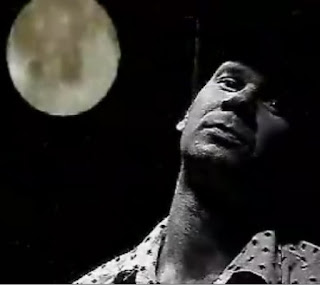 An artist who has fluidity in every aspect of the creative process, Howie Beno has been involved with many types of music from inception to completion of projects. The work that shows up on his discography says it all... His involvement with high profile projects like multi-platinum single" Give It away" by the RED HOT CHILI PEPPERS and MINISTRY'S classic album PSALM 69 speaks volumes. Along with these incredible achievements, Howie Beno (or H. Beno as he is listed in many album productions credits) has done work in a variety of genres producing, remixing many artist such as: The Jesus & Mary Chain, Kill Hannah, Kilgore, Grace Jones and has collaborated with Peter Gabriel. Howie Beno no doubt is a man and artist in his field that has lifted the bar on music production.

REVOLUTION caught up with Howie Beno direct from his studio in New York City to discuss his new mixes and his views on where music is heading in the century.

R. You've had an interesting journey so far in your career and have worked with the best. What are you mixing these days?
HB. I am really grateful to be given a shot at mixing the new MOTOR(www.wearemotor.com) record. For them it's a departure from their prior work and 2 years plus in the making. They have huge support from Martin Gore and Gary Numan who both make guest appearances on this new record. By random chance and  much thanks to Sean Roberts and the Idle Hands bar, I got an opportunity to reconnect with Bryan Black who I know from Haloblack in Minneapolis back in the mid 90s when we were both in industrial bands in the Midwest.
I've also been mixing a new artist: Grace Weber (http://www.graceweber.com/) for producer,  Michael Mangini, who is making a brilliant vocal jazz record with her. Also, I was invited to Traverse City in Michigan as a guest to judge a band contest and discovered an awesome band named Evershine (www.evershinemusic.com).We holed up in the studio this past year and I produced their debut album "The Core", I'm keeping busy and I'm enjoying every moment.

R. Other than producing and mixing music for artist, what other roles do you play in the process of making a great an album?
HB. Sometimes I play psychiatrist. There was a situation once where I was cutting bass with the member of a well- known band. He hated the songs (long story there) and we sat there for an hour, I'm with bass in hand and plugged in, and he and I went through point by point why he couldn't play the parts that day with me countering as to why it was just as important to just plow through and get it over -with. We both knew deep down neither of us had any choice at the end of day and that the outcome of such a conversation was pretty much already given and unavoidable... But we suggested to go through those steps of talking it through and at one point he even suggested hiring another player to play his parts, to which I said " You are the bass player in this band, for the better or worse, you have to do this..." Eventually we came to the understanding that we would be able to go out together afterward much quicker and start drinking if he just picked up his instrument and that this was really just cutting into our valuable drinking time. The rest is history and of course I'm quite the mischievous magpie.

R. Tell us about some of the challenges you face whilst in production?
HB. Usually it's proper allocation of the weed wine and blow budget... But seriously, the role of the producer has significantly undergone a number of changes since I started out in the 90's. The game used to be about cultivating label A& R, management and attorney friendships who were at the time more of the vanguard of where talent went to look for their "big break" so to speak.  For the producer, it was about keeping the resume current, the success current and generally take meetings and see who was developing what and who thought their project would be a good fit for your talents and sensibilities. At least, that was more or less my experience. That was the bread and butter and the 9-5.

R. What advice would you give to a whole new generation today, that wants to pursue a career in your master craft?
HB.  DON'T. Go into investment banking instead. But if that still doesn't deter you... No matter what happens, keep your sense of humor. Don't take yourself or anyone else all that seriously. It is an all encompassing all engrossing 24 hr a day 7 day a week job based on the inner belief, charisma and perseverance. If you love music as much I do and It's the only thing you've ever known how to do or know you need to do, don't ever let that fire and love and passion wonderment for all things musical ever wane. It's a tough challenge.

R. When Howie is not mixing, what do you listen too?
HB. Generally, when I am not working, I am home sitting on the couch with a percodin milkshake in my hands, saliva dripping down one side of my mouth, watching reruns of the Animaniacs. I also try to listen to Cd's and watch the videos people send me. I get a lot of requests for help, which takes a lot of time as well. Most often though, once you finish a long day of tracking or mixing, the last thing you want to do is put on music. Part of the job is that it can destroy any desire to put something on and listen to it for " enjoyment" because it's hard to escape that analytical "head space". Having said that, I do like the Finnish band" Husky Rescue" quite a bit!

R. If you were a fly on a wall, whose house would you like to sit in and watch, why?
HB. I once produced a record that we recorded just outside of bath UK at Peter Gabriel's real world studio. It's called "real world" but it may as well be called the "unreal" or "surreal" world. We spent 4 months there as guests of the staff and Peter.  I would love to go back there someday and be their guest again. From a very young age, I had always admired his artistry and social justice concerns and it was thrilling to just walk out from the dining area each morning and listen to him and his gifted cohorts working on new material. That's as close as heaven has come to being a place on earth!