Skip to main content
Posted by Alexandra Juryte May 22, 2011 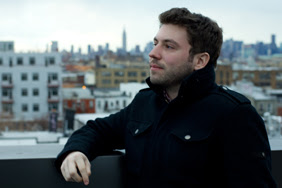 Bens saks is the co-creator and producer of Float. He is in his second decade with indoor free-flight aircraft and has completed in national and world championships. As a member of this community, Ben brings knowledge and intimacy of the sport, as well as extensive management experience to the creation of Float. he has managed large design projects and clients for Taktl LLC and WET design. He holds a bachelors of Architecture with Honors from Carnegie-Mellon University. 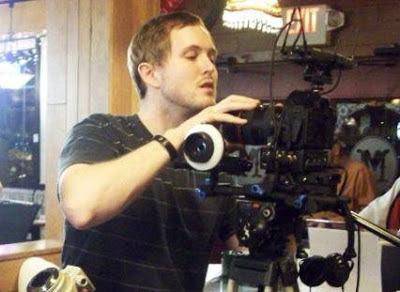 Philip Kibbe is the co-creator and director of Float. After viewing a cellphone video of an F1D in flight, Phil was inspired to pursue the beauty in these aircraft. Doing so, Phil found a sublimely human experience in the sport's patient grace, a beautiful antithesis to contemporary on demand culture. Phil has board experience in the film industry, practicing extensively in the Cleveland area. His experience and meticulous craft on display in Float, his premiere in documentary direction.

This collaborative pair have gone to such great depths to document such a beautiful crafted art, that in the documentary both Ben and Phil take us on a wonderful journey of their passionate hobby and bring us into contact with the many colorful characters that emerge on screen by telling us their story and capturing the very unique and somewhat bizarre world of F1D flight. Beautifully shot, Kibbe's directional debut proves to me captivating and as he takes us through his Flight of Fancy.

Revolution had the pleasure of speaking with both Ben and Phil about what led to making such a documentary and get scoop on their up coming projects.

R. You've just gone viral on your latest documentary, tell what led you to such an inception?
BS. "Float" went viral from the power of blogs. I really believe that Christopher Jobson at www.thiscolossal.com started the flight. "Float" then went to some other key sites including Portabletv,Gizmodo, Notcot, Boingboing, and The Boston Globe. Twitter also helped in the cause, alongside Kickstarter, where we led a successful campaign to produce our trailer.Watch out for us in Pilot Magazine in August, and on Portable and Colossal this summer!

R. What kind of response are you expecting from such an unusual yet unique documentary?
PK. Float will enter a niche market of those interested in design, arts and science. We are hoping for it to be critically well received but will not be surprised if it's a piece that will wow large mainstream audiences.

R. As young film/documentary makers, who has inspired you the most?
BS. Terrance Mallick, Film director, Screenwriter and Producer.Numerous critics consider Mallick's films to be masterpieces.

R. Tell me what  artist/band would you say could be inspirational to your film?
PK. For our influential music, we are going to list Animal Collective


R. Martin Scorsese has just hit you both up on Facebook and your asked to join him in making a new film, your given the creative freedom to do what you want? What kind of film would you make?
BS. "Land Yacht", a horror film. Half man, half 1979 Chrysler Newport. This murderous machine is driven by demons, fueled by turpentine, and rides to the 8 track melodies of such contemporary artist as The Average White Band, Lionel Richie, and, you guest it David Hasselhof.
Email Post