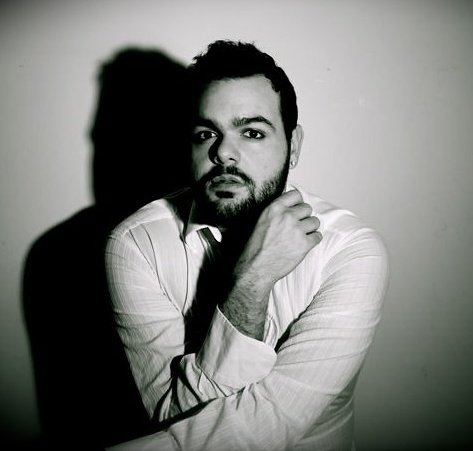 Robert Elias
Started his professional career at 15 when he began singing demos for local songwriters and producers. As a teenager, he participated in musical theater and discovered his passion for acting as well. In late 2005, Elias was signed and joined forces with songwriter Chris Alvy and platinum drummer/producer David Elliot Johnson (Sheryl Crow, Backstreet Boys, Expose). The team began work on Elias’ self titled Spanish album and shortly thereafter on his English album, Get The Doctor.

In 2006, he walked the red carpet at the Los Angeles Latino International Film Festival in support of the Latin film industry and the growth of the Latin entertainment community." I believe in a bigger, better Latin community, I believe in real talent, honest artistry and I’m ready to bring a refreshing change to Latin- American music and culture, artists don't even sing live anymore" said Elias. His relationship with his management company and record label came to an end early in 2008.

Currently, Elias is blowing up in South Florida and once again getting industry buzz, he's been featured locally in The Miami Herald, Metro Mix Magazine, the New Times, The Wire Weekly, 944 Magazine and on France's international Arte TV documentary web series Miami/Havana. You can check out the series at www.havana-miami.tv. The series follows 12 young Cuban-Americans, pursuing their dreams in both Miami, Florida and Havana, Cuba.

For two seasons he has been a part of the music on Univision's international hit television reality series Mira Quien Baila. Robert's songwriting efforts and voice have recently garnered the attention of Latin icons Chayanne, Marc Anthony, Don Omar and Jon Secada. Chayanne's song "El Hombre Que Fui" co-written by Elias is on the Latin pop star's #1 album, No Hay Imposibles. Though most of Elias's success has come from the Latin industry, his dream has always been to record an another English record and have it be successful.

In 2011, Elias began work on his new album, Magic City. The album is being produced by 90's pop icon, Kenny Scott of the group Swirl 360. It is a tribute to everything that has inspired Robert to dream and continue his journey; but most importantly the city he grew up in, the place he calls home. The album includes songs co-written by some of the industries best writers and is set for release in 2012, independently.

Revolution caught up with Elias directly from Miami to chat about his new album soon to be released and get scoop in living in the heart of the Latin quarter.

R. Throughout your musical career you've achieved and made a lot of noise in the latin quarter, who has been some of your musical influences?
RE. It's funny, because growing up, other than Gloria Estefan, I wasn't really influenced by a lot of Latin music and artists. All I heard around the house was whatever my mother played which was a lot of dance music, Donna Summer, Expose, The BeeGees... my dad was more of a southern rock guy, so he was into The Eagles, Jimmy Buffet, Willie Nelson... so I was influenced by all that and then of course whatever was more mainstream that I saw on MTV. Family gatherings, birthdays, was the only time I really listened to Latin music. It wasn't until my teens when I started writing songs that I began to take an interest in knowing more about Latin music and culture.

R.  Latin music has brought about some major artists from as early as Julio Iglesias, Gloria Estefan, Marc Anthony and of course, boy wonder Ricky Martin. Their conversion from heart wrenched Latin pop songs turned English set the tone for the Latin music on a large scale with new fans. How do you feel about this conversion and what are some of the positives and negatives it has had on Latin music?
RE. I think it's important for me to keep in touch with my Latin roots and I would love to have success in the Latin market one day, the Latin fans are a very dedicated fan base to have! However, I do think that the world has this perception of what Latin- American music should sound like. I don't think a Latin artist has to make in your face, obvious Latin music. I could easily make a salsa album and call it a day... but I want to stay true to myself and make the music that I want to make. With that said, I think there is something amazing about what the artists before me did, they were able to take what they knew about Latin music, translate it and make it successful! That's amazing.

R. What can your audience expect from this new album and what was it like to work with songwriter Kenny Scott (swirl 360)?
RE. When I first started writing this record about three years ago, I didn't want to do music anymore. Ironically, it wasn't until I went on tour doing backgrounds for Don Omar that I really began to get inspired to record for myself again. I was traveling all over the world, learning about culture and about myself and who I was and who I wasn't. I had a really negative experience within the music industry prior to this and I was ready to give up. So this album is my dream album. It's my own personal comeback album! It's a preview to everything I want to be an artist. It's essentially a very versatile album, a lot of different themes and genres, but thanks to Kenny Scott, he was able to bring that all together and put it through the "Robert Elias" filter. Kenny has believed in the project from the beginning and I really believe that the world has not seen what he is capable of as a producer and songwriter. Swirl 360 was just a part of who he is as a musician, there is so much more! 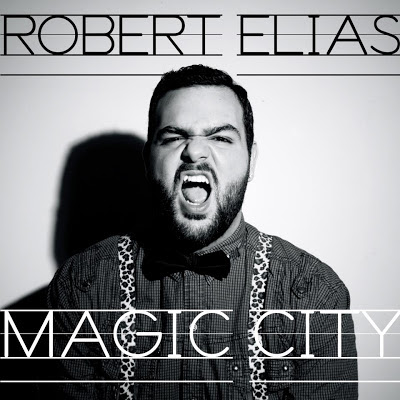 R. You live in Miami, a city which is notorious for mojitos, upbeat salsa rhythms, and a series party town.Where do you go for chill out time?
RE. Honestly, ask any of my close friends, I rarely go out anymore, since I am really trying to focus! But, if I do, I'm a true believer that it's all about the people you surround yourself with. I could be in the sh*ttiest bar or the fanciest club and have a great time as long as there are awesome people around me...and some Jameson. I also try to make it out to as many concerts and local music shows as possible!

R. When your not recording your own tunes, tell me whats HOT on your playlist of favorite artists?
RE. Wow. So much great music in the world! I listen to a lot of different artists... right now I'm on a George Michael kick, since I get compared to him so often, I like to know what I'm being compared to. He's brilliant and has definitely influenced me. I still listen to a lot of rock and roll, new and old. Queen, Guns & Roses, Journey... The Black Keys, Foo Fighters... When it comes to pop music, I live for Lady Gaga and I thank her everyday for making pop music exciting again! I'm also into a lot of local Miami artists like Chris Alvy Band and Roky Sofi... I think every artist should support local act!

R. You've just been type cast for a new reality show that will have; You, Slash, Madonna, and Big Bird, your stranded on a remote island. You only have 1 guitar, a mirror, and 1 chocolate bar to share between the four of you, what happens on the first night?
RE. Hmmm....On the first night, we break the mirror and we cook Big Bird and use him for food and  then have the chocolate bar for dessert. (Smiling)
Email Post