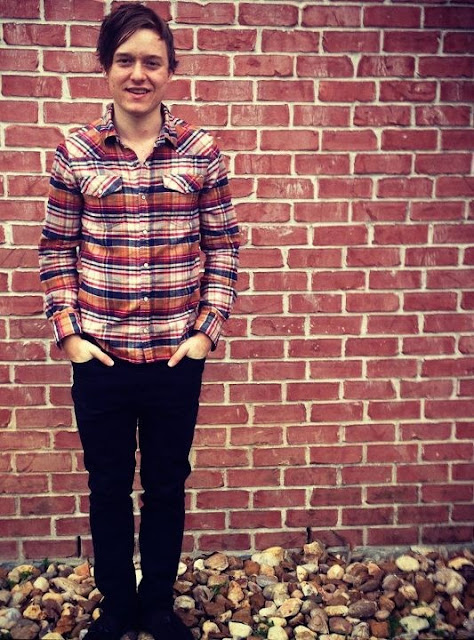 "Climbing the charts all the way to the number one singer/songwriter in his area, thirty sixth in the nation, and racking up over 890,000 YouTube views Ian David wants his music and voice to be heard and wants the message of love shared. Ian grew up in a small town called Tomball right outside of Houston, TX and started writing music when he was 15 as he “says I started singing when the lead singer in my high school band started teaching me harmonies and he just kept teaching me how to get better”.

Ian, only 18, released his debut EP “Love Love” two summers ago and will soon be releasing his second EP “Pray for Peace” in the upcoming months. Ian plays many different instruments and loves to just create new sounding songs while keeping it very simple and root based to bands like the Beatles and Bob Dylan. Ian, like any other 18 year old, goes through the same things his generation goes through and he wants to share with the other kids what he has gone through and what helped him cope and hopefully the music can help them as much as writing the songs helped him.

A music manager in the UK said this about Ian’s music "I sat and listened to this wonderful artist, every word crafted, every note played creating a perfect balance of soul and spirit, a true gentleman and a fantastic artist. Keep on making music! The world would be poorer for it if you stooped!" - Trajan J. Trathan, Ainigmas Management, UK. Ian loves to hear from fans and loves to meet people at shows so come out sometime and see him play!"

Revolution spoke directly with Ian David directly from Houston,Texas to get all the inside scoop on been heard as a young artists.

R. You're only 18 and have achieved so much, other than been a musician do you have any other aspirations?
ID.  would like to travel around the world and learn as much as I can about other cultures. I would also like to help and serve the poor that has always been something close to my heart and I would love to use music as a vehicle to do such things.

R. Your almost done with your 2nd EP what can your audience expect to hear?
ID. Well I made sure on this EP to keep the same type of sound as the first but expand a little. The first EP was simple songs and I feel like the one is a little more complex and digs a little deeper into who I am. It incorporates more full band and not as much guitar but is still rooted in the acoustic guitar. I went to a couple different studios in my hometown just because I wasn't  finding the sound I was hoping for but eventually found it. This EP has a piano song which is new for me so overall I am very stoked about it! And my favorite song on this EP is a song called "Gone" it was written about my senior year and all my friends growing up.

R. Other than the Beatles and Dylan, where do you get your inspiration for your songs?
ID. I honestly get most of my inspiration by folk because that is the music that really touches and changes me. The lyrics are so important to me and folk music is mostly about the lyrics. I get my inspiration also by just life and my friends and alot of coffee to!

R. What artists of this generation would you say comes close to being on the same bar as the Beatles and Dylan? Do you relate to whats playing out there now?
ID. Jon Foreman, the lead singer of Switchfoot, has a couple albums on his own and I just think that they are incredible as well as the songs he writes for Switchfoot he completely changed the way I look at music and lyrics.

R. So what's HOT and playing on your iPhone?
ID. A guy by the name of David Ramirez!

R. If you could organize a dinner party with 4 artists/personalities (dead, alive, real, fictional) who would they be?
ID. I would have a dinner party with Jesus, Bob Dylan, Jon Foreman, Socrates. I would love thear the conversations Socrates and Jesus had at the dinner table. Me, Bob, and Jon would just stick to eating our food I don't think we would even have a chance to say a word.
Email Post