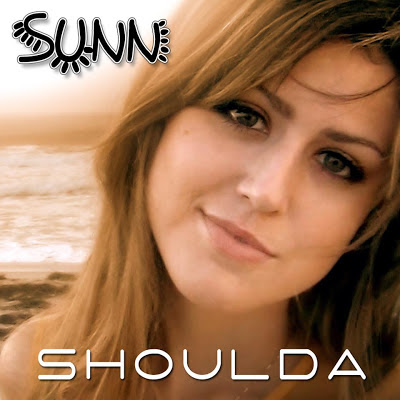 Introducing SUNN: A fresh, new, charismatic breath on the music scene, and a warm, distinctive new voice in dance. A solid singer/songwriter who pens original melodic hooks and upbeat songs, SUNN shines brightly as the new face of EDM, with her debut release, Shoulda.

Born and raised in San Diego, California, and having started in musical theater as a child, today SUNN has been described as “Katy Perry vs. Lady Gaga meets Taylor Swift.” But SUNN’s style is truly her own, from her skillful songwriting to her cutting-edge dance productions.

With millions of views for her cover song videos on YouTube, SUNN has been building a loyal fan base that’s been clamoring for her official debut: Shoulda. Written by SUNN herself, Shoulda tells a very personal story we can all relate to—one of overcoming a bad relationship where disrespect and being done wrong become the fuel to overcome and persevere—all delivered right from the heart.

After having SUNN brought to his attention, CAPP Records head Dom Toulon was impressed with these same live piano-vocal covers that SUNN has posted to YouTube, including her rendition of the David Guetta/Sia hit, Titanium, which garnered SUNN nearly 2 million views! After contacting CAPP partner YAWA Recordings (Germany) for an opinion, YAWA’s Jens O. produced a sample hands-up mix of the track, and SUNN’s entry into the EDM scene was cemented.

For Shoulda, CAPP Records has paired SUNN’s beautiful voice with incredible production from some of the biggest electro-house and hands-up producers on the scene today, including Tale & Dutch, Phun & Key, Pit Bailay, Crystal Lake, Jens O., and Inverno. After debuting the track in early 2012 at the invitation of the ever-popular Richard Dalton at a sold-out listener Appreciation Party for C89.5 (KNHC) radio in Seattle. And after captivating the audience with her charm, talent and charisma, we are now pleased to the let the "SUNN" shine on you!

R. Wow, what an incredible journey you've had so far? Tell us a little about how your feeling right now?
SUNN. Yes!! A very incredible journey! Right now, I am feeling SO excited about everything that is going on and what is to come! More and more keeps happening and I'm so thankful to finish off the year with my maxi release of SHOULDA! I also recently surprised my fans with news of a Christmas EP album. Each song on the album was written by me and is now available on iTunes. 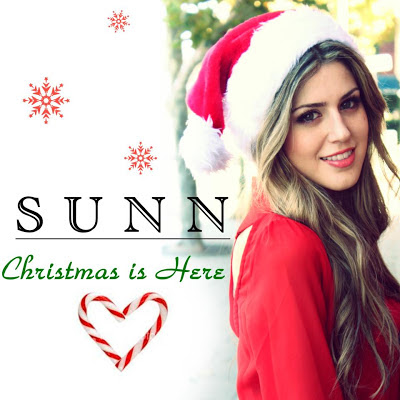 R. You were discovered by Dom Toulon of CAPP Records, how did this encounter come about?
SUNN. In a way we discovered each other! A friend of mine gave Dom's email to me, along with many other emails of different labels to distribute my music to. After a couple of weeks he emailed me back and we began to work together. Dom loved SHOULDA and we chose it for my first release with CAPP records. A few compilations, music videos and a maxi single later here we are!

R. You've recently teamed up with some of the biggest producers in electro-house; Tale & Dutch, Phun & Key, Pit Bailay and Chystal Lake to name a few. What was it like working with these incredible artists?
SUNN. I am so thankful to have worked with these amazing artists. They are all so talented! My favorite thing about working with them is hearing how each one of them interprets my song differently. It's really exciting because every time I hear a new remix it sounds like a completely new song.

R. Who are the some of the artists that inspire you?
SUNN. There are probably too many artists to name that inspire me! I like to listen to all types of genres and artists for inspiration. But to name some that I couldn't live without, I love Above and Beyond, Armin Van Buuren, Dash Berlin, Nervo, Kaskade, Nadia Ali, Tiesto, Zedd, Example, and many more... In the pop world, I listen to artists like Katy Perry, Rihanna, Bruno Mars, & Maroon 5. I also love anything with piano and bands like Coldplay, so I really try and listen to a little bit of everything.

R. Whats on the horizon...
SUNN. The horizon is looking bright thanks to my amazing fans and wonderful team at CAPP records! As we know, SHOULDA is making its way into airwaves around the world, and next year so will many more songs! I will be releasing numerous dance singles throughout Europe with different labels and another original song with CAPP records called, SUPERMAN. I can't give you any exact dates for its release yet but stay tuned because it's going to be awesome!