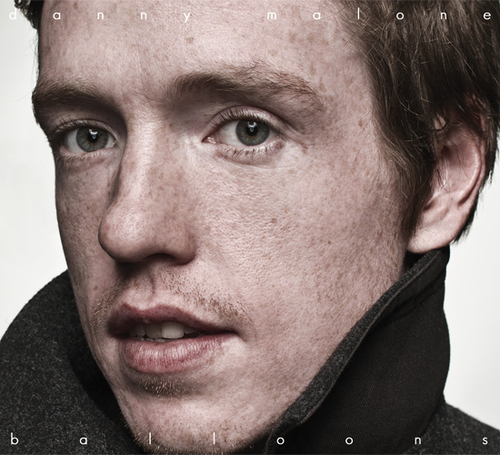 Few up-and-coming artists can boast over 650,000 YouTube views and a day officially dedicated to them. But Danny Malone can. His video for "baby Bleu" is a YouTube sensation, he was named Number One Artist to Watch by Austin Monthly, and the mayor of Austin, TX declared August 24th 2010 to be Official Danny Malone Day.

Unwilling to commit to genre, Malone seamlessly crosses lines between folk, indie, electro, even hip-hop, a mash-up of "pop and lock with ballet set to 4 track instrumental post rock," (No Keys) a genre Malone categorizes as "future folk/sexy depression."

Malone's second full-length release, Balloons, was recorded in a haunted castle in Denmark, creating a magical atmosphere to unlock his "WTF mesmerizing" (Indie Sounds) brand to genius. Malone (who played all instruments) and producer Mattie Smith recorded all 10 songs in 10 days, each in a different room of the castle. Balloons is one of those rare albums that occasionally catches us by surprise. It's a reminder of the human fragility that lies within us all... We caught up with Malone to get all the scoop on this haunting, yet beautiful album...

R. Firstly, congratulations on the release of Balloons. The public response has been outstanding! Stepping back for just a moment what are your thoughts on this album?
DM. I am very happy with the public response to Balloons.  Before and while I was recording the album, I knew that I was making something unique.  It was a genre-bending sound that had been only in my head until then, and it was true catharsis when I was able to produce that sound for others to hear as well.  I wasn't sure if I could do it at first, because what I heard in my head was something hard to pinpoint.   It's like I envisioned a painting I wanted to create, and as each stroke graced the canvas, I was more and more relieved that the image in my head was becoming a reality outside of my imagination.   So, to put it one way, I was extremely happy to be released of the burden the sound of this album pinned on me.  Does that make sense?  I knew the songs were good.  That was not a worry.  What really weighed on me was the fruition of this anti-singer/songwriter sound I wanted.  I believe I accomplished this.  And I'm SO HAPPY that people aren't seeming to lump me into that "white guy with an acoustic guitar" category. That said...I can do better.  This album was done over 2 years ago.  The release was delayed over and over again.   I wish people knew I was this good 2 years ago.  But soon my releases will catch up to my imagination, and you will all get to see what I'm making up now, in real time.  You won't believe it.  I'm better than you even know.  HeeehahahahaMuwahaha.

R. What on earth possessed you to travel to Denmark to write and record this album?
DM. I first was invited to this castle, Engelsholm, a year before I recorded Balloons.  A Danish musician, with grant money, gathered songwriters from all over the world, 12 of them, to co-write songs at this castle.  It was a wonderful experience.  None of those songs ended up on Balloons, but what did happen is I found out first-hand that this castle was an absolutely mystical place.  No visitor of Engelsholm that I have encountered has said any different.  This place is magical.  It is haunted.  It has an energy within it's grounds that I've never felt anywhere else.  People seem to become the best versions of themselves here.  And emotion and connectivity and kinetic thought are all exaggerated to an inebriating degree.  I mean, you feel high when you're there.  It's fantastic. So, when I wanted to record my next album, I just asked the people who run the castle if I could do it there.  And to my benefit, they agreed, housed and fed me for a few weeks, and allowed for 10 days of recording in various rooms and cellars.  My co-producer Mattie Smith and I had the time of our lives.  The magic made it's way into the album I think.  It feels like a castle.  Hollow and Majestic.  I can't imagine Balloons having been done any other place now.  It is one with the songs.  Fused.  As am I to the castle.  I miss it like a lover.

R. Spiderlegs is the first single/video to be released. A hunting, yet beautiful masterpiece. What message are you trying to convey?
DM. Oh, I'm just trying to tell someone they screwed up.  They know who they are.  But also, I'm trying to take responsibility for it.  I'm just talking to myself and to someone you don't know.  So, I guess the message in "Spiderlegs" is very personal.  I don't want to say the details of what I'm confessing.  I'm not trying to convey a message to the public.  But I do hope the listener finds a meaning for it in their own lives.  I hope they dance to it.  I hope they feel not alone...less crazy.  I don't know why I feel the need to document emotion.  But I hope it helps someone somewhere that I do.  I've been helped by the documents of others.  It's my time to pay it forward or back or any direction.  It's all God talking, you know.  We're all God ranting to himself.  God's a little insecure, I think.

R. Thinking back to early childhood, what was your first experience with music for the first time like? What song do you remember most as a child?
DM. Well, I have trouble remembering my childhood.  Lots and lots of repression going on there.  But, I remember liking certain songs so much I would just play them over and over, hundreds of times.  I liked George Harrison's "Set on You".  I liked some Queen songs when I was like 5 so so much.  I don't remember any one song most as a child.  I think I'm a little autistic, so basically every song I ever heard made an impression on me.  When music is playing, I can hear nothing else.  I can't converse with people if it's in the background.  I can't sleep if it's playing.  I just listen to it intently, like I'm hypnotized by it.  It's actually fairly inconvenient.  But I have learned to deal with it.  It's always been this way.

R. What was the first song you ever sang? How did it make you feel?
DM. The first song I remember singing was "Somewhere Out There" from that animated movie "An American Tale".  My sister, 18 years my senior, asked me to sing it at her wedding.  I was 5.  I guess I must have sung along to songs before that if she asked me to do that, but I don't remember.  So I practiced and practiced and memorized the words.  And at her wedding, I sang from the choir balcony at the huge church where she was wed.  My dad was laying down in front of me, feeding me the words as I sang the song acapella, just in case I blanked on any lyrics.  I was on the microphone in my tiny tuxedo.  I think a bunch of people were crying because it was pretty dang cute.  I felt awesome about it.  I was happy for the attention, I know that.  I'm a Leo, through and through. 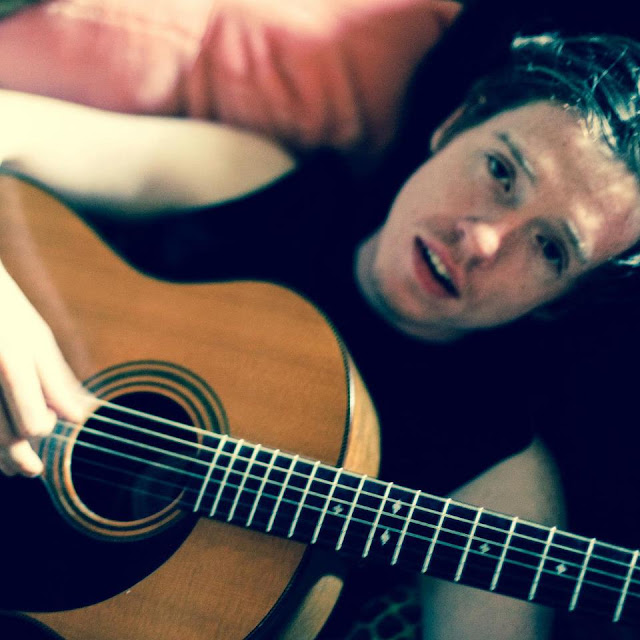 R. Does anyone in particular influence your artistic/musical talent?
DM. I hear things.  I hear new bands.  I hear the progression of established bands.  I hear what people have done in the past.  I think it probably all influences me to some degree.  But I don't ever really analyze this.  I just appreciate good work.  And then sometimes I like something that has popped into my head, or that manifested out of noodlings on an instrument.  And then I progress with accomplishing the task of organizing and finishing the piece of work.  Recording it how I want.  And making it available for people to hear it.  It's influenced more by my desperate need to be loved by my friends and family than anything else.  I don't know why I feel this way.  But it's more important to me than anything that I constantly prove to my immediate relationships that I am worthy of their affection and love and nurturing, and help...and sometimes their intervention.  I do this to be loved.  There's no question there.

R. What are your up-to-date performance plans? Any tours, here in the USA or abroad?
DM. Not exactly.  There are some shows outside of Austin, Texas (where I live), here and there.  But mostly I'm in a creative spell.  Not a performing spell.  I'm making videos and making more recordings, and getting everything in place to one day perform to the world.  To display what I'm creating and practicing so diligently in my little insane world of theneedtobeloved.   Touring is so hard these days.  I prefer waiting for the right time.  Like a horse in the starting block/cage thing.  I'm foaming at the mouth.  But the gun hasn't gone off yet.  It will soon.  I fucking promise you that.

R. Complete this sentence... I have a dream that one day....
DM. I will feel loved. And not so lonely. And that my parents are proud. And that I did my part. And I hope one day everyone I love can live in the same castle, and we can all sleep in a pile and eat food and go swimming and stuff. I don't want to hurt anymore. I don't want you to hurt anymore.