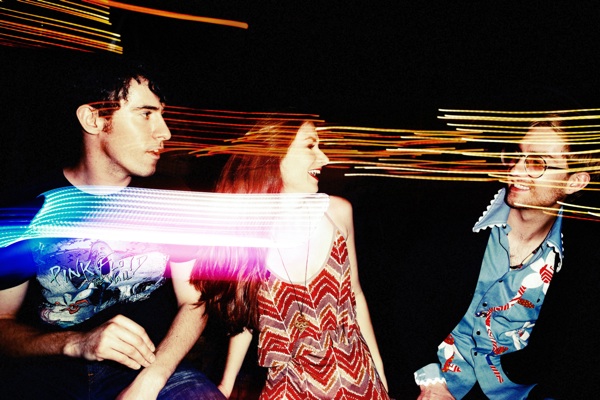 Empty Chairs is set to release Cavet Emptor on November 5th, their first single/video "Akira" was just released and we caught up with the trio to get a little insight into this delightful kaleidoscopic of music.

R. Why did you pick your band name? How did you form? Why did you decide to play the genre or genres you do?
EC. I picked the band-name after being inspired by a Van Gogh painting and picked it partly just to be strange. I started empty chairs as a solo project when I moved to Brooklyn in 2011. While playing live show at venues around New York City and recording a self-titled EP, I picked up band mates Whitney and Matt. The genre we play, well at first I wanted the band to sound like Neil Young playing with Animal Collective.

R. Who writes the songs? what are they about?
EC. I write the songs and they're about conflict and resolution.

R. Does anyone in particular influence your artistic/musical talent?
EC. Sly Stone

R. Akira is the first single from your upcoming album, what can you tell us about this track?
EC. This is a track about 2nd anniversary of  a robot and it's owner. I sing into the vocoder and I sampled the 80's anime movie "Akira".

R. What can the audience expect to hear with the new album?
EC. Explosions, people screaming, people singing, guitars, synths, 808s, and some strings.

R. If you had your life to live over again, what one thing would you change?
EC. I would listen to more music. 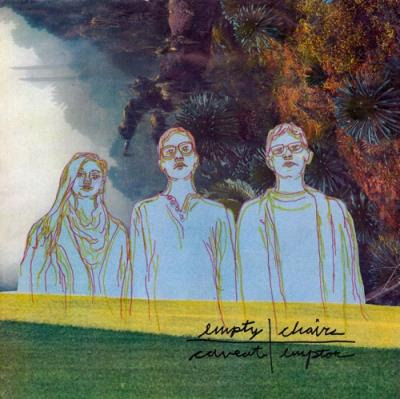 2013, has already been a year of growth for Empty Chairs as they continue to expand their reach with new fans. Summer 2013 will bring more concert dates leading up to the release of Caveat Emptor on November 5th.