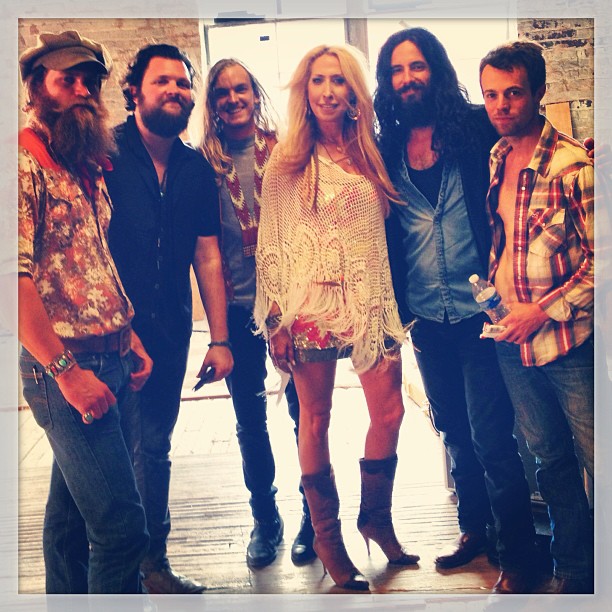 These are just a few of the words that come to mind listening to the stunning, heartfelt music of singer/songwriter Jenna Torres. From her warm, clear voice to the poignant emotion that permeates each song on her upcoming release Born To Love, everything about this New York City native seems to arise directly from her soul.

Sounding like a cross between Sheryl Crow, Dolly Parton, and a female version of Bruce Springsteen, she is soft-spoken and self-effacing in conversation and yet a force of nature when she performs live. “I guess being a New York City girl and Country music might seem like a contradiction but to me this is the Heartland. Everyday I am surrounded by 8 million hearts and 8 million stories. It’s an inspiring place to write songs.”

An alt-country-rock siren capable of bringing the house down with her powerful voice, burning eyes and beautifully broken heart, her soulful style of songwriting is fed by the rich stories of her life experiences and putting those into beautiful music, like her 1st single Rain Love.

“I wrote Rain Love by candlelight during Hurricane Sandy. As the wind and water were reeking havoc I heard myself having a “conversation with the angels” asking for help hoping that we would all be kept safe. When I picked up the guitar the words that came to me were simple. If you’re gonna make it rain, make it rain love“.

After winning the heart of Warner Music Group CEO Edgar Bronfman, Jr. with her self-titled debut, Jenna was approached by legendary music executive Judy Stakee and offered a publishing deal with Warner Chappell Music. The fall of 2012 brought Jenna her 1st top ten song on the Billboard Charts by new group For King & Country. Busted Heart was in the Top 10 on the Billboard Christian Hot 100, AC, and CHR charts for many months and was the most frequently requested song on Air One Radio putting it in the #1 spot for 2012!

This past year she has been working with Grammy nominated producer and songwriter Billy Smiley (White Heart, Johnny Cash, Be Be and Ce Ce Winans, and Clay Aiken), to complete her newest release. Using players and engineers from Robert Plant’s Band, Ricky Scaggs, Taylor Swift, Bob Seeger, and the Civil Wars, Smiley is putting together an incredible support team for this talented singer.

This month Jenna Torres fires off her new music video ".22", which was shot down in Nashville, TN with her band. ".22" is the first single from her Born to Love album, which is expected to release in early 2014. The 12-track CD original songs that Torres wrote straight from personal journey as an independent woman with a lifetime of wisdom to share.

For this debut solo effort, Torres put together a monster team with producer Billy Smiley (White Heart, Johnny Cash), and players and engineers from Roberts Plant's Band of Joy, Taylor Swift, and The Civil Wars. Torres plans to release Born to Love in early 2014.

To hear and learn more about Jenna Torres go to: