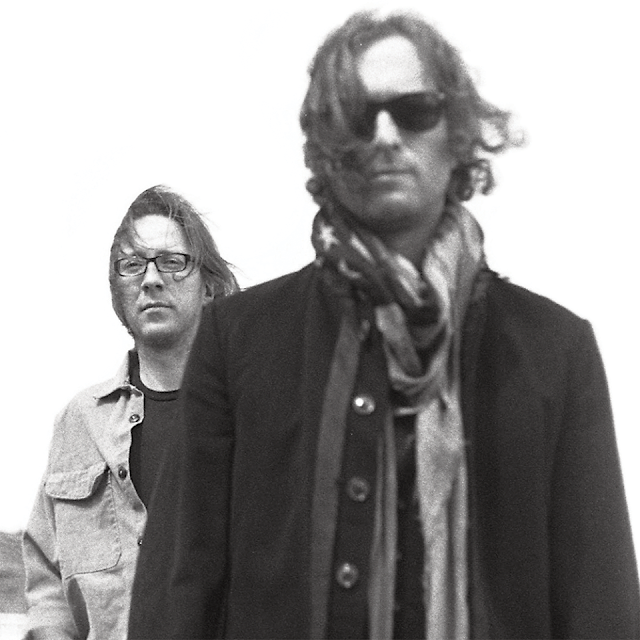 The story of Slim Wray has been one of dedication. Howzr grew up in Indiana, while Chris was raised in the hills of Brewster, NY. Both have been musicians, pranksters, and adrenaline junkies from an early age. They separately made their way to the New York City and found each while playing in the punk and indie rock scene. Their first project together, Ten Pound Strike, produced a few EPs with legendary producer/engineer, Joe Blaney (Ramones, The Clash, The Beastie Boys, keith Richards, Modest Mouse, etc) while blasting away at now - now defunct CBGB and other rock clubs around the North East. After other members of Ten Pound Strike burned out on endless nights, the band disbanded. The two took a year hiatus as Chris explored Asia and Howzr honed his sound on old Surf and Blues albums.

The two reunited in 2011 to form a two-man project, Thick as Theives, with the goal of focusing their raw, stripped-down sound with the ghosts of the past and the attitude for today. In 2013, they renamed themselves Slim Wray and finished recording their debut album, Sack Lunch.  The blues-based, primal rock duo, who finds inspiration in The White Stripes, The Black Keys, Nirvana, and The Kinks, offers up a garage rock delight with "Bear," their new single. The album was recorded live at the Vault. We caught up with the lads to get all the scoop on making of the album.

R. Firstly, thanks for taking the time out to chat with us. Your forthcoming album "Sack Lunch," was a working progress. Is there anything uniquely different about this album, from your previous works? What will the audience expect, to hear?
SW. Awesome, thanks for taking the time. Sack Lunch is our debut album as Slim Wray. We are really excited about doing our first full-length and feel it's a huge step forward for us as writers and performers. It's also a lot more focused, thematically and stylistically, then material from our previous projects. By reforming as a two-piece, we were able to agree music influences, the band's direction, and on who would be sleeping with the bearded woman on any particular night (usually Chris).

Part of the writing process is to always remind each other: "one song, one idea." In other words, we always want to make sure that song parts complemented each other instead of competing.

Our goal was to completely capture our live sound. When you wake up on your kitchen floor the morning after our show, with your mouth tasting like ash tray from your 90-year-old grandmother's Mercury; you'll start remembering 'What the fuck happened last night?!". We want you to pop the album in and be brought back to the circus that was the night before. We didn't want this album to be pretty and glossy; we wanted it to sound raw and dirty. That meant recording the band live, mostly without a click, s that the songs could swing, breath naturally, and react to the emotional energy of the performance.

We were really inspired by some early 60s "blue-eyed soul" records by The Sonics, The Animals, The kinks, The Kingsmen, The Stones, as well as Nirvana, Pixies, White Stripes, etc. We really love energy and the attitude of all those bands, you know. They were honest, bluesy yet somehow didn't take themselves too seriously. That irreverence is something that we is often missing from rock these days.

We went after lo-fi vibe by using vintage instruments and mics. Our budget limited us to ProTools, but we tried to think of it more like a tape machine: where you wouldn't be able to chop a song to bits - the performance had to be there. We generally got our keepers within 2-3 weeks which is important because beyond that, the song starts to lose some magic, soul and greasiness. That look a lot of pre-studio preparation, so we spent several months doing pre-production rehearsals at our space in Bushwick.

R. What are you songs about? (what specific themes do they cover)?
SW. Love, loss, and everyday interactions among people. Things we all experience but don't always know how to vocalize. But when I took back at some of the lyrics, I generally see a kinda unintended thread of 'communication breakdown." Like "Cutout" is about being pinned into a conversation from hell that you desperately want to escape but whoever it is, just won't stop talking. [laughs] "I Gotta Girl" is about someone who has a very one-sided, selfish view of love, and that really comes back to haunt her in a "Twilight Zone"- type twist. "house of D" is a story about the time Chris and I spent two nights in Brooklyn Central Booking, after being busted for putting-up stickers on Bedford Ave, and running from the police.

R. Who does most of the songwriting? (discuss the songwriting process in detail).
SW. It's really a collaborative process. Songs often start with a jam where we find the best grooves, riffs and session other pieces - probably based on inspiration we have from that moment in our lives. Once we lock into something, Howzr will start skating some stand-n lyrics to start piecing together the melody and phrasing. Often, a key line or theme will jump out on an acoustic guitar. Then, Chris then kinda censors some of that and and adds ideas of his own. Chris is also real keen on the arrangements side of things, making sure all those songs have cool little 'ins and outs'. We record everything on our phones or whatever and then listen back later for the best bits. We also let ideas rest for awhile and let the cream rise to the over time.

R. Why did you choose to record the album at The Vault?
SW. Well, Chris met Dan while working as a session drummer at The Vault Studios. They developed a great chemistry and Dan really pushed him and brought out the best in his playing. Chris introduced Dan to Howzr and they really clicked over old records and recording philosophy. We also liked that Dan was an accomplished musician having played bass in the 90's band, The Push Stars. We also really like the vibe of the studio space. It was the basement vault room of the old bank. It is also stocked with all kinds of great old instruments. We overall trusted Dan's ear and experience. He really helped bring an outside perspective to tell us when we had something good, great or completely shitty.

R.What's your view on where the music industry is today?
SW. I think it's harder for bands to hide behind the studio magic and payola hit-making. There's a lot more focus on being a really good live band, bringing-it every single night and really giving yourself to the crowd. Listeners can download anything for free, but to have a good time, they have to put their boots on and go out to a show. Listeners, including us, have more ADD these days. So, to get people's attention, you have to grab them right away.

R. What is your stance on how to get the public to support "live music" and see the shows? Any ideas???
SW. I think you gotta make it a party and a community. Shows have to be a gathering for like-minded souls. it just needs to be plain fun. People don't need a note-for-note rendition of a studio album; they want something real and honest-perfect is boring.

R. You both have a one-way ticket to Mars the planet, to make your journey memorable what 3 things will you take with you?
SW. Laser Tag. Mars looks boring. A non, non-stick pan... how are you going to cook lasagna if there's no gravity... that shit's gotta stick to the pan... I'm hungry.