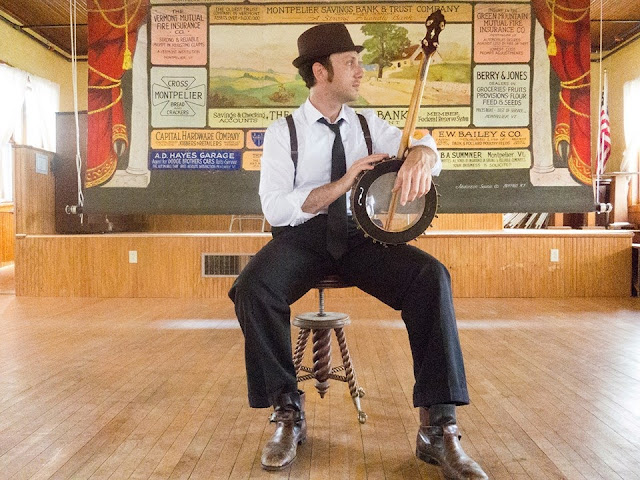 Self-taught multi-instrumentalist and sponge for musical greatness, vocalist and poetic lyricist Kris Gruen has soaked in the sounds of celebrated artists throughout his life and has emerged as a rivaling talent.  With his third album New Comics From The Wooded World in tow, Gruen exemplifies his brilliance with beautiful songwriting, penchant for pushing boundaries, and eclectic instrumentation.

The son of famed rock photographer Bob Gruen, Kris Gruen writes songs about grown up life, infused with mystic wonder, that soften the world’s sharp edges. His Americana influenced new folk is grounded in the tradition of great narrative songwriters like Cat Stevens and Paul Simon and yet Kris's voice is strikingly current. A New York City native who's put down toots in Vermont, Kris effortlessly blends sagacious with and emotional depth.

Building off the success his critically acclaimed album Lullaby School and Part Of It All, Kris  released his new album, New Comics From The Wooded World, this summer 2013. New Comics From The Wooded World finds Kris Gruen's voice seasoned, soaring, and at the height of his craft. The spacious, textured production combines the sweeping sounds of classic rock and the intimacy in San Francisco at John Vanderslice's Tiny Telephone Studios and at producer Charles Newman 's (The Magnetic Fields, AM, Gospel Music) Mother West Soho digs in NYC. It features contributions from drummer Butch Norton (Lucinda Williams, Eels), Anais Mitchell, Sean Hayes, Shiben Bhattacharya, The Bowmans, Nashville's Jason Goforth (Over The Rhine) and more.

R. What is your musical background? Do you have a musical family or did you just fall into songwriting all on your own?
KG. I do kinda come from a musical family - kinda. My dad's a rock photographer , and my mom was a rock filmmaker and worked closely with John and Yoko in the early seventies. That said, neither of them were musicians. My mother's second husband was a world renowned jazz guitarist. His name was Joe Beck.

R. What is your songwriting process like? and how do these songs evolve from the basic idea to the studio recording?
KG. These days I start with melody. Originally, metered lyrics drove the process - I was an amateur poet with a lot of unfinished work that fed my song writing practice. It's much easier to grab an instrument and come up with a theme than it is to pen down something cough and profound. Nowadays the melody informs the rhythm, and those elements results  in a lyrical movement that I refine. I work off that first lyric, or set of lyrics to develop the storyline of the song. Once the storyline fleshes out, the lyric often pushes on the original rhythm and melody, and the roles reverse, as the lyric and the story take charge of finishing the song.

The studio can have a number of effects on the way a song changes it's original sound to what fans end up with. Overdubbing can dress a song up (or down) very easily, but recording live as a band keeps a song more connected to its true origins. I've just begun to really have faith in my ability to cut live with a band. this new record is almost completely produced  this way.

R. The release of your third album New Comics From The Wooded World, has received great reviews. You collaborated with an ensemble group of musicians. Musically speaking, would you say this album is more mature?, and what's the message behind the title of the album?
KG. I'd say the competency of the live, full band recordings is evidence of maturity. The title is meant to insinuate that the best medicine is a good sense of humor. All day every day we're playing our selves like characters in a drama. Art is there to remind us not to take ourselves too seriously, though to be sure to appreciate every minute of the story.

R. What type of guitar do you play? Are you a one-guitar player, or a collector? Any other instruments that you play regularly?
I play an 1944 Gibson LG2, which stands for Ladies Guitar - a true folk instrument. That's the only acoustic I play live. I also have a 1973 Gretch Rock Jet, Mercedes Black. This new record features the Gretch.

R.Do you tour, or have any plans to tour (with either a band or solo)? If so, what regions and major cities will you be visiting? Do you play many shows locally?
KG. I just finished two tours from VT to Nashville and back. I'm only playing locally right now, but will most likely be playing NYC around CMJ, and out West for Sundance.

R. Who do you consider to be you most significant musical influences?
KG. This question is really impossible for me - I', easy, and will fall for any true talent . I'm a genre gigolo. I'll take the arm of any tune that has a courageous heart and a melody with big luscious lips. I've found something to study in every culture I've come across, and every era therein: from Hildegard Von Bingen to Agnes Obel, from Ethiopiques to Micachu And The Shapes, from Quincy Jones to Dirty Projectors, from Supla to Fela.

R. For aspiring musicians out there, what advice do you have to give them? Is there anything you wish you would have known when you started this path?

KG. Don't believe that you have to trade everything for your art - that it's your practice and career, or a "normal" life. That's bullshit. There are so many shades of grey, and artists need to be involved citizens within community. The notion that you have to starve and live out of your car to be an artist keeps a lot of beautiful people from ever knowing what its like to be an artist-wife , or and artist-father, or an artist-administrator, or an artist-mayor, and robsthousands of communities from the influences of colorful, quirky visionary members. 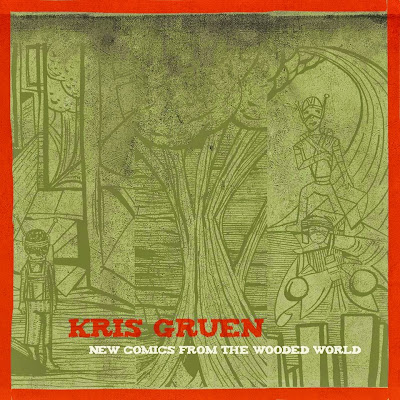