Review: Not just a typical rock'n'roll band... A big statement for a band to make. But American Fangs wears the comment well. I have had many hours trying to find just which form of "Rock" to categorise American Fangs under... But now I happily throw the identity of genre book out the window and say to the question of "which Rock is it?" "YES!" Cleverly disguised under the enjoyable tones of each track are so many layers of musical development. Not just for the artists themselves but the chronological tides of rock itself: rock and roll, rock'n'roll, rock, heavy rock, and soft rock.

Traces of AC/DC, Airborne, Saxon, Nickleback, Papa Roach, Stone Sour, Metallica, Rev Theory, Avenged Sevenfold... The list is non-exhaustive. But all is neatly presented with the individual twist and flare of the artists themselves. I was politely shocked at the introduction of an acoustic track within an exhibition thrashing, driving and memorable themes. The dynamic turn of tone and distinct reapplication of energies and talent is brilliant.

One thing I learnt from both listening and watching American Fangs is that their opening gambit of "not your typical rock 'n'roll band" is flawless truth. Sometimes their forms vary, addition of passing notes and chords could be passed as alternative genres (from a practiced theoretical perspective) but the entire embodiment of what they do is entirely ROCK. It is a lifestyle and attitude, not just temporary resonance of sound (a.k.a Music) and they have shown that in studio, on stage, in their media and forevermore truthfully with the miles they have covered doing what they do. And what more is there to rock than that?

From a great sound to the belief in the sound that is being made. From the buzz of the show to the thought in the lyrics. The words that reach you and make you take stock to the power of the sound that accompanies it to keep you going. So for all you rock'n'rollers, all you fast fighting free fallers and all you who just want wanna hear the raw and real sounds of rock. Gather round and check out their first single Pomona from their debut album "High Fidelity". 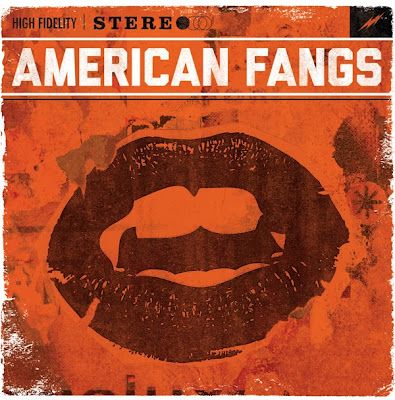