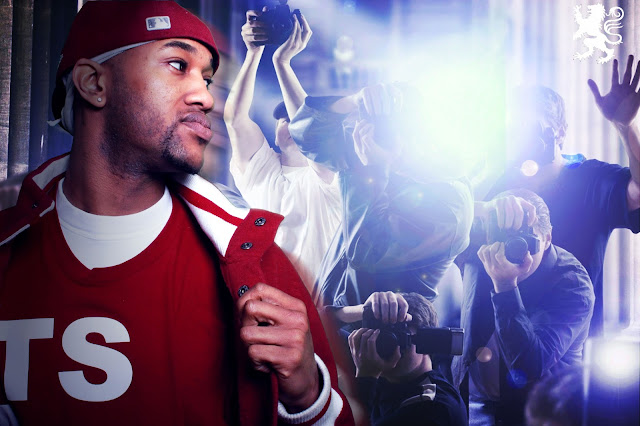 Displaying an artistic maturity beyond his 29 years, Andre Rainey-better known as Noodle the Innocent Child - is beginning to leave his mark on the music industry, sparkling a much-needed resurrection for positive and inspiration HIP HOP. Born in New York but having travelled from a young age, Noodle has been greatly inspired by the cultural and artistic diversity that has always surrounded him..., which in turn is reflected in his unique brand of music.

Living proof that we are not defined by the obstacles we grace but rather how we overcome them, Noodle was determined not to let any difficulties (personal or professional) stand between him and the dream he had worked so tirelessly to pursue. Displaying his characteristic drive, passion and ambition, the talented young emcee's popularity with promoters, fellow artists and deejays alike is only tribute to his outstanding work ethic. This extremely hard-working nature has allowed Noodle to perfect his craft, most notably his versatile rhyming style.

It is this original, individual style and his undying optimism that render Noodle a particularly remarkable artist. His ability to inject true emotion into his music through both his delivery and his heartfelt lyrics ensure that his listeners can relate to his authenticity and soul. The talented young emcee does not need to rely on the use of gimmicks or controversy to attract the attention of his listeners: his ability and creativity speak volumes.


Noodle's captivating stage presence and energy can't help but command the attention of even the biggest skeptic. These powerful performances have made him a favorite with both Hip Hop crowds and fellow performers. Having graced countless clubs in New York, Las vegas and California with his presence and supported the likes of KRS One, Joe Budden and Immortal Technique, Noodle has had a rare opportunity to explore both the underground the mainstream sides of the rap regime. taking these diverse opportunities and collaborating with an array of talented artists, he has been able to develop his own signature brand of positive, inspirational Hip HOP.

Following the success of his 2008 collaborative mixtape Escape Route: Change Gonna Come..., which was critically well-served due to its raw, authentic lyricism and quality production, Noodle decided to focus on his debut solo project It's a NOO Day! (2010). Produced largely by M-Nasty, it provides an insight into his development and progression as an artist, with a much lighten mood. The album showcased a number of gifted artists, including Big Snuff, LaRue, feature, P.O.E.T., R. Haze, and Young Guito. Noodle is currently finishing up his third album which will be released late spring 2013.